More than three years have passed since the solitary protest of Swedish teenager Greta Thunberg quickly grew into a youth climate movement of unprecedented size.

Millions have participated in climate strikes in more than 150 countries as part of the Fridays for Future movement, demanding governments take the action necessary to limit global heating to 1.5 degrees Celsius (2.7 degrees Fahrenheit) and ensure a just and equitable transition away from fossil fuels.

Teenagers and young adults are now some of the most prominent figures in the global debate around climate change. As world leaders are set to negotiate further emissions targets and economic measures at the COP26 in Glasgow, their demands are louder than ever.

Al Jazeera spoke to several young activists around the world about their work, how climate change is affecting their communities, and their hopes for the future.

“I know what is being done on the front line of climate change,” says Yurshell Rodriguez, 26, who comes from the Colombian island of Old Providence, in the Caribbean.

Rogriguez’s home, like many of her neighbours, was wiped out when Hurricane Iota struck the island in late 2020, causing widespread damage to homes, schools and sanitation facilities.

“Having to rebuild your entire community after such a profound trauma, for me. [It] has been the most challenging thing in the world: being a climate activist but also being a climate victim.” 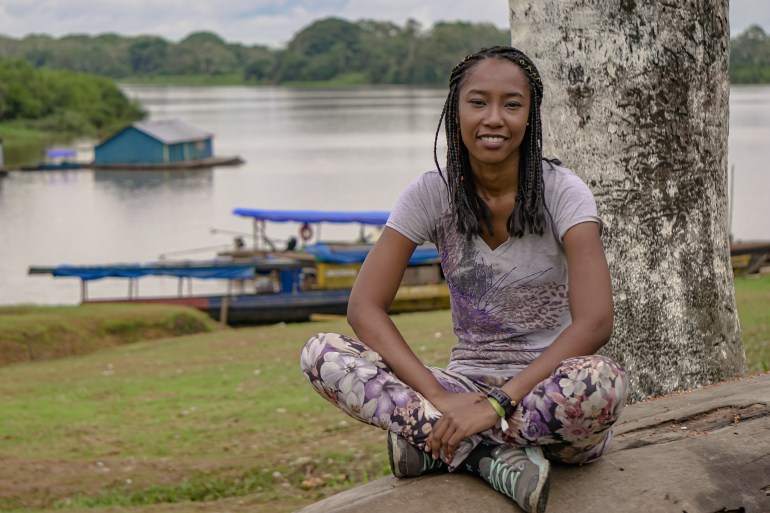 A member of the Indigenous Raizal community, she has been involved in environmentalism since her childhood, and wants to do everything she can to protect the island’s coral reef, the third-longest in the world. An environmental engineer, she wrote her thesis on the role of the seagrass around Old Providence in capturing carbon dioxide.

In 2018, she was part of a group of young activists that won a landmark case against the Colombian government for its failure to halt deforestation in the Amazon rainforest.

On a trip to Spain during COP25, Rogriguez was left unimpressed by the heavy corporate presence of businesses such as Coca Cola, yet inspired by the dynamism of the youth movement, which met separately at a different location. Bridging this divide is paramount for the youth movement, she believes.

“We’re not getting that attention from our politicians or our decision-makers. So we are making them look at us, making them listen to us. We’re not going to stop being vocal. Because if we stop, we lose.”

Ocharoenchai, 23, began writing about nature in high school, and has since developed a career as an environmental journalist, covering issues such as water preservation, biodiversity, and Indigenous rights.

It was during her final year as a university student in Bangkok that the Fridays for Future movement kicked off, and Thunberg’s tone of righteous fury struck a chord with her.

“How she was feeling on an individual level, just how disappointed and angry that she was with how no one around her seemed to really care. I felt like I could relate to that in Thailand.”

Soon after, she founded Climate Strike Thailand. In September 2019, she led more than 200 young strikers who stormed Thailand’s environmental ministry to stage a “die in” protest and demand that the government take stronger action to prevent climate catastrophe. 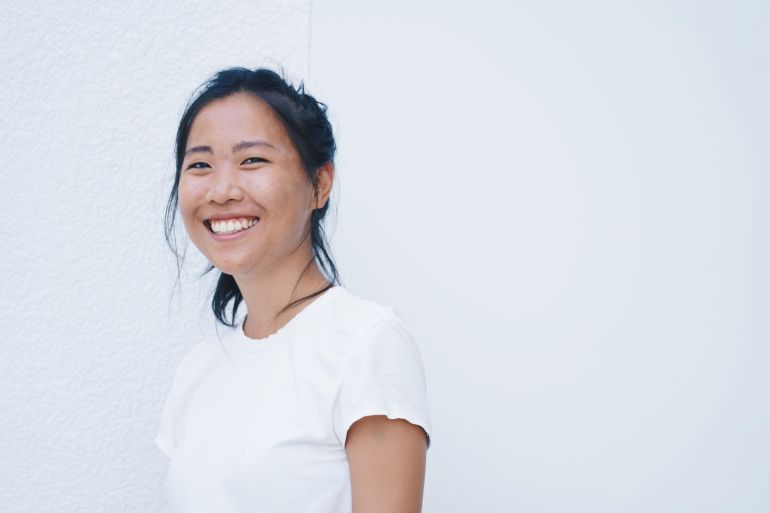 Thailand’s youth climate movement is still small, but Ocharoenchai says it has spread awareness of the magnitude of climate change in a society where an ingrained focus on plastic waste has muddied the waters.

The youth movement is hampered by widespread censorship and a lack of democratic rights in Thailand. Still, more and more activists are speaking out on social media, participating in protests, and criticising the government, whose plan to achieve net-zero emissions by 2065 lags behind other Asian nations.

“Once more youth start to understand environmental justice and social justice, they can bring these issues to show how climate change is widening the inequality gap, especially in an emerging country like ours.”

She does not have great expectations from COP26, but hopes it can be an opportunity for businesses to show that they can deliver a sustainable economy.

Pinaso, 19, first became interested in environmental science while studying chemistry in school in her native Sao Paulo. After winning a prize for a water purification project, she visited Stockholm, where she realised how differently climate change is talked about in industrialised countries compared with the Global South.

Soon after she established the Brazilian branch of Polluters Out, an internal youth-led coalition founded last year to address the failures of COP25 to seriously tackle the fossil fuel industry.

It demands that major polluters be frozen out from the United Nations climate events, and rejects market-based carbon taxing in favour of industrialised nations divesting from and quickly winding down fossil fuel extraction entirely.

“In Brazil, the climate movement is really growing, because we specifically see how our government is not fighting for us,” she says.

”So we decided to find ourselves, for us and for the next generations.” 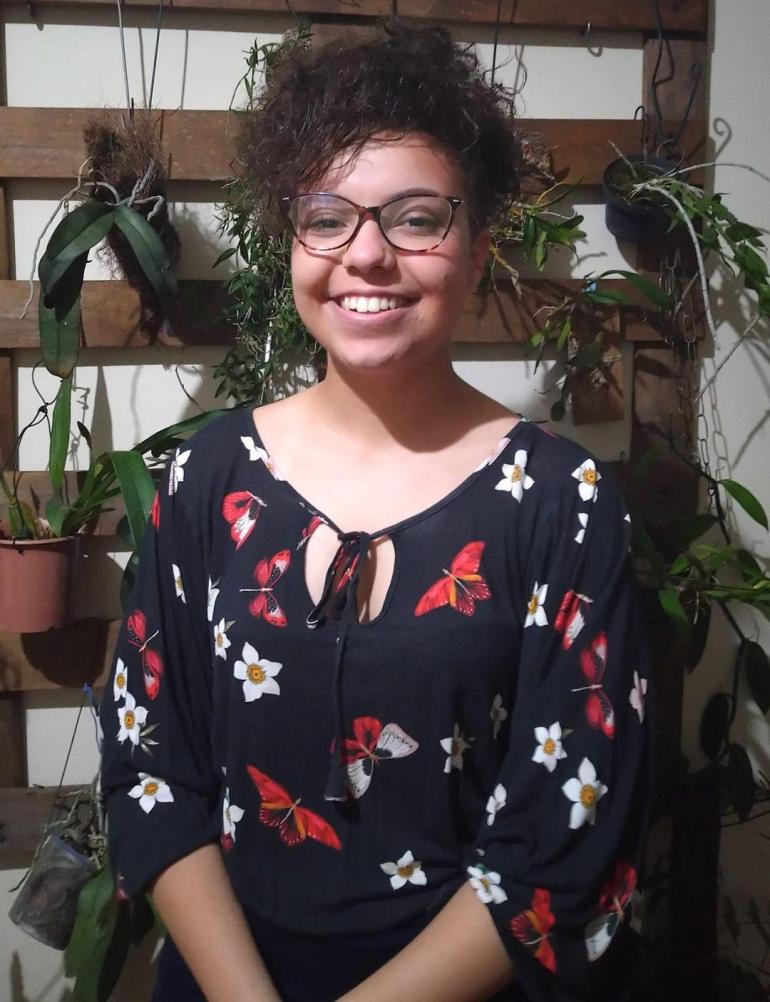 “When we deforest the Amazon, to grow feed for cows, we are generating a decreasing [amount] of rain, and it is affecting our food production,” says Pinaso.

Brazil’s Fridays for Future movement has supported front-line Indigenous communities in the Amazon who have been badly affected by the COVID-19 pandemic, raising hundreds of thousands of dollars. Even Thunberg took note, donating $100,000 that she received in prize money.

In Brazil, activists’ appeals often fall on deaf ears in the corridors of power, but Pinaso hopes a new, younger generation of politicians will be more receptive to their demands.

“We are doing campaigns, you’re doing strikes, and we are not accepting to be in silence, because it’s our future that we are fighting for.”

When Uchendu, 25, visited the Niger Delta a few years ago, he wondered why acid rain was so much more common there than in other parts of Nigeria.

He began his own research, learning not only that gas flaring during oil extraction was the culprit, but also about other issues like ocean acidification, which pointed towards the effects of climate change on Nigerian communities.

Education is a key focus of his activism, and he wants climate change to become a key part of the curriculum.

“For most people who learn about climate change, believe me, they don’t learn it from school,” he says.

In 2018, he founded the Gray2Green, an organisation dedicated to mobilising young people to advocate for sustainable climate policies, and has recently been working with a member of the Nigerian House of Representatives to influence the country’s landmark climate bill, which is currently awaiting presidential assent.

“I feel that this is the right time for young people to start taking leadership, trying to sit at the table, to make meaningful contributions in the decision-making processes. To try to influence policies, to try to build solutions.” 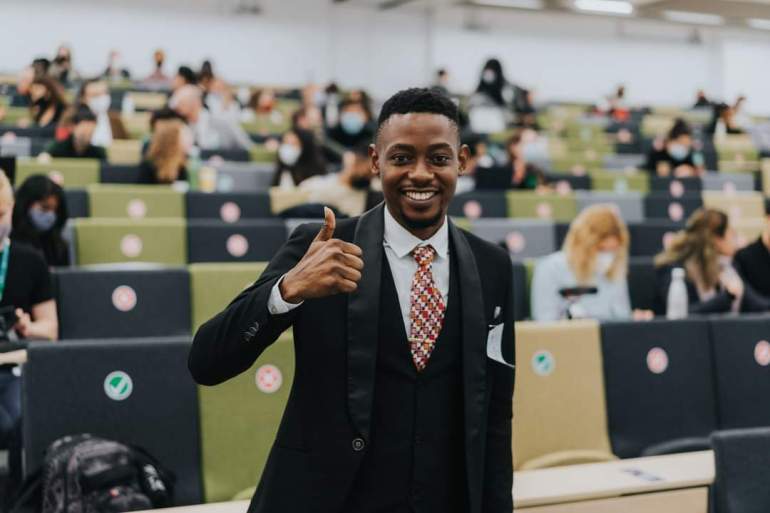 Uchendu was a coordinator with Mock COP, a youth-led online conference held last year in place of the COP26, which was delayed until this year because of the pandemic. As many as 330 activists from 142 countries, mostly representing the Global South, devised a treaty that they will use to lobby for more radical action during negotiations in Glasgow.

“The Mock COP focuses on elevating the voices of marginalised communities who have been historically neglected in the decision-making processes and the negotiation processes,” says Uchendu.

The agreements set in the COP26 summit have always been determined primarily by industrialised nations and their strong lobbying influence, he says. But younger activists are not keen on compromises.

“One thing I’ve seen working with decision-makers is that … there’s a lot of this temptation to water down actions to make everybody feel comfortable, which is not something that you see often with the youth movement.”