Listen to this story:

Dori, Burkina Faso – Lying concealed atop his bus while watching armed men murder people below, the only thought that brought Abdoulaye Diallo some comfort was the hope that if he died on a Friday, a holy day in Islam, he would go to heaven.

“I knew I’d be killed…[but] if I died on a Friday my paradise was guaranteed,” Diallo tells Al Jazeera, sitting in Dori, Burkina Faso, a town in the country’s Sahel region to which he fled. “So, I recited some Quranic verses while on top of the bus awaiting my death.”

The 28-year-old bus driver’s assistant was spending that June night in Solhan, a regular stop along his weekly transport route, when the attackers burst into the car park where he was sleeping and began executing people.

They then hijacked the bus he was on and drove it through the town while he lay hidden on top, before setting it alight. Diallo narrowly escaped, with the gunmen firing after him as he fled.

For the last five years, violence linked to al-Qaeda and ISIL (ISIS) has killed thousands and displaced more than 1.4 million people in the once-peaceful West African country.

Despite a window of calm surrounding the November 2020 presidential elections, due to a temporary ceasefire agreement between the government and some armed groups, attacks have resumed and are increasing, particularly against civilians.

Civilian deaths spiked by more than 300 percent from May to August compared with January to April – from 80 deaths to 335 – according to the Armed Conflict Location & Event Data Project (ACLED), with June and August being the deadliest months.

The attack on Solhan, a mining town in Yagha province, was one of the worst in the nation since the fighting began. Locals say at least 160 people were massacred during the early hours of June 4. Gunmen, including women and children who were fighting alongside them, entered the mining site screaming “Allahu Akbar” (Arabic for God is great), before advancing into the town shooting everyone in sight.

In July, survivors told Al Jazeera that dead bodies were still being found in the mine shafts where people had sheltered and that the number killed was likely much higher than what has been documented.

While Solhan had been attacked by armed men before, residents say civilians were never harmed in the past. The police station was hit twice at the end of 2019, killing one officer, and last October, attackers burned down a school and warned teachers and students not to attend.

It is unclear why so many civilians were targeted in June’s attack. Some conflict analysts attribute it to a combination of factors. According to Heni Nsaibia, a senior researcher at ACLED, these may include: continuing efforts to control and cut off the population in Yagha – some nearby towns have been blockaded for months; revenge on villages that support the country’s volunteer fighters – armed civilians who fight alongside the army; and a lack of cohesion within the al-Qaeda-linked group known as Jama’at Nasr al-Islam wal Muslimin (JNIM).

While JNIM publicly denied responsibility for the attack, it is believed to have been committed by a group affiliated with them.

“The events in Solhan underscore the importance of how local contexts and circumstances shape militant units that operate with great autonomy and raise questions about decision-making and loyalties in violent, competitive, and fast-paced environments, such as the context in which the Solhan massacre took place,” says Nsaibia. “The fracturing of these groups could have negative consequences on the conflict, such as even more targeting of civilians.”

When Diallo first heard the gunshots on that June night, he thought it was the volunteer fighters arresting a thief. But as the sound intensified and he saw people fleeing and heard their screams, he realised it was something much worse.

Glancing at his phone, the time read 2:10am when Diallo saw a wounded man stagger into the station clutching his bleeding stomach, he says. Trailing closely behind him was a group of armed men on bikes.

The men yanked two people from under a car where they were sleeping, made them kneel on the ground and hand over the keys, Diallo says. One of the attackers tried unsuccessfully to drive their vehicle, but rammed it into a wall, as another radioed a commander named Rahim, asking for instructions on how to proceed with the men, he adds.

“The jihadists first asked their commander what they should do with the two young men…The response came back through the walkie talkie: ‘Kill them all, don’t spare anyone.’”

The men were instantly shot and killed.

The attackers then found two more people. They killed the first and bound the other one’s hands behind his back as he knelt in front of them, says Diallo. As they prepared to kill him, they recited verses from the Quran, but while they were praying the man escaped.

Staring at the lifeless bodies as their blood seeped into the ground, Diallo feared he would be next and braced for death. He wanted to escape but worried that if he tried and was killed, his body would never be found.

“I knew I’d die, but [I thought] let me not die far from here. I wanted to make sure my relatives could find my body,” he says.

But the hours passed and somehow the attackers still had not seen Diallo, even as they climbed into the driver’s seat of the bus he was on and started chaotically driving through town. Smashing shops and stealing goods such as mobile phones, they shouted at each other, instructing some members to destroy the telecom towers.

Meanwhile, Diallo was clutching onto the roof of the bus trying to stay concealed while not falling off. “They didn’t even know how to drive,” he says.

When the attackers seemed satisfied with what they had taken, they drove back to the station.

However, any relief Diallo felt that the bus had stopped was quickly dwarfed by the smell of gas. They had lit the bus on fire and the flames were quickly rising. “The fire was growing, the car horn was ringing…[I thought] I’d rather be killed by jihadists than die in a fire,” he says.

Surveying the area for the best place to jump down, Diallo landed a few feet away from where the gunmen were standing and ran while they shot after him in vain.

By the time Diallo fled, the sun was rising but the army had yet to come. Even when they arrived, at approximately 6am, they didn’t pursue the attackers, but remained in town firing warning shots in the air. They left before sunset that day, which allowed the armed men to return the next day to continue looting, says Diallo.

Solhan residents say they are angry at the military. Hama Amadou, another Solhan survivor now living in Dori, says it was warned about a potential attack weeks prior.

Residents also say that when the attackers came, the volunteer fighters alerted the army but still received no support.

“When the volunteer [fighters] heard gunshots, they called the army and warned them. The military told them to run away,” says Amadou. Al Jazeera cannot independently verify this information, but several survivors now living in Dori said the army had been informed in advance of the attack and that the volunteer fighters called for help immediately.

The army did not respond to requests for comment, but a high-ranking officer in Dori who was not authorised to speak to the media told Al Jazeera that the detachment in the nearby town of Sebba received a call but the phone cut out before the volunteers could explain what was happening. The army did not know an attack was occurring and had never been previously warned, he said.

Burkina Faso’s ill-equipped and undertrained military has been struggling to fight the armed groups and, across the country, frustration is mounting, sparking widespread protests demanding the government take stronger action to stem the insecurity.

In July, President Roch Marc Christian Kabore fired his ministers of defence and security and briefly appointed himself minister of defence; and in August, the defence ministry announced it would overhaul its counterterrorism strategy.

Locals say Solhan was a turning point in the country’s fight against these al Qaeda/ISIL-linked armed groups.

“People realised that the conflict is exceptional, difficult and complex and people are [becoming] more and more demanding… we believe that the impact will be greater than what we think,” says Jacob Yarabatioula, a professor of sociology and a researcher at Joseph ki Zerbo University in Ouagadougou.

Not only did the scale of the attack shock people around the country, especially in areas that are not used to violence, but it also shed light on internal operational issues within the military, he says.

The challenge now is to learn from what happened and stay vigilant, he adds. “People easily forget problems when they seem to be finished. I am afraid that [in a few months] people will forget about the problems they endured and start living like nothing happened.”

But those who survived the bloodshed say they can’t shake what they saw. While some people have returned to Solhan to try and rebuild their lives, Diallo says he won’t go back until the military proves it can protect people.

“I don’t trust the defence and security forces, they don’t do their job,” he says. “The country is being invaded by jihadists…[and] the crisis continues because the government is not able to fight.” 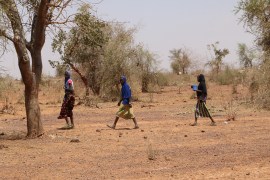 ‘Kill the men, free the girls’: A family abducted in Burkina Faso

As armed attacks continue in the Sahel, two sisters share their family’s ordeal of kidnapping, death and survival. 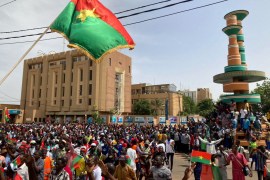 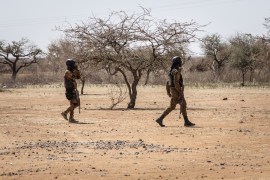 An armed group stormed villages in the country’s north, killing at least 10 civilians and 15 soldiers. 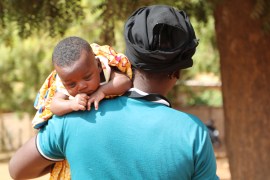 Raped, ostracised and forced to give up their children – how incest is tearing families apart in Burkina Faso.