Until Donald Trump took office in the United States, the long, loping stride of John Kerry, President Barack Obama’s secretary of state, was a familiar sight at UN climate conferences, ultimately helping to steer the Paris Agreement home in 2015.

Trump’s time in power was four years of trigger-happy environmental reversing, something Kerry now has to help unravel. He is President Joe Biden’s special presidential envoy for climate, a new cabinet-level position.

Kerry is a 77-year-old political veteran. He won three Purple Hearts in the Vietnam War and then became an anti-war activist after returning to the US in 1969. He fights for a cause. And he will need all his powers of persuasion in the months and years ahead.

On the second day of Biden’s presidency, Kerry made his first appearance in his new position at a G20 forum, saying the US is re-entering global climate talks with “humility” after it “walked away from the table for four wasted years” under President Trump.

“We need to all move together, because today very few countries are on a trajectory of the steep reductions needed to meet even the current goals, let alone the targets we need to avert catastrophic damage.”

On day one, the change in tenure at the White House saw significant climate policy changes, with just-elected Biden signing the US back into the Paris Agreement and cancelling the controversial Keystone XL oil pipeline project.

Biden has also ordered federal agencies to review more than 100 Trump administration environmental policies and if possible reverse them, fast. From fuel efficiency standards, which Trump weakened, to the boundaries of national monuments, which Trump had scaled back, it is all coming under review.

After a presidency that mocked and belittled science, there is now a sense of urgency about climate change unmatched by any previous occupant of the White House. 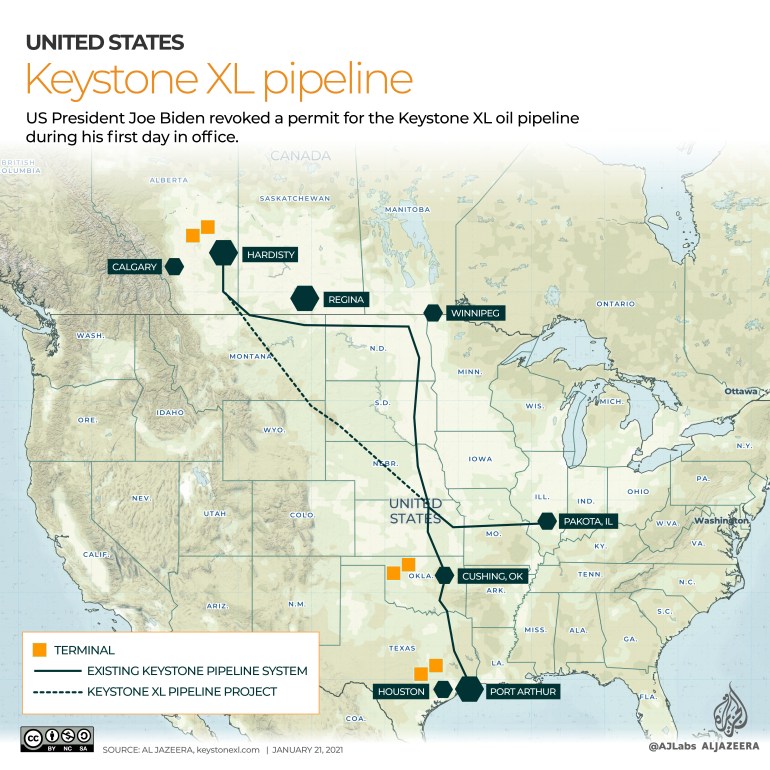 But, of course, executive orders are the easy part. For lasting change that can not be undone by future presidents, Biden’s administration needs Congress onside. And given the Democratic Party’s razor-thin control of the Senate, this could be tricky.

Biden has pledged to set the US on the path to net-zero greenhouse gas emissions by 2050 with an interim target of decarbonising the US power sector by 2035. There are regulatory components of his $2 trillion green recovery plan that will have to pass the 60-vote threshold in the Senate, so to succeed, Democrats will need some Republican support.

“The challenge will be to bring Republicans on board with a clean energy infrastructure package that could systematically reduce American emissions,” Paul Bledsoe, a climate adviser to former President Bill Clinton, told AFP news agency.

Bledsoe predicted Biden will initially be expected to try to work with Republican colleagues to reach the 60-vote threshold required to pass most legislation – though if that does not pan out, there are processes to pass laws with a simple 51-vote majority. 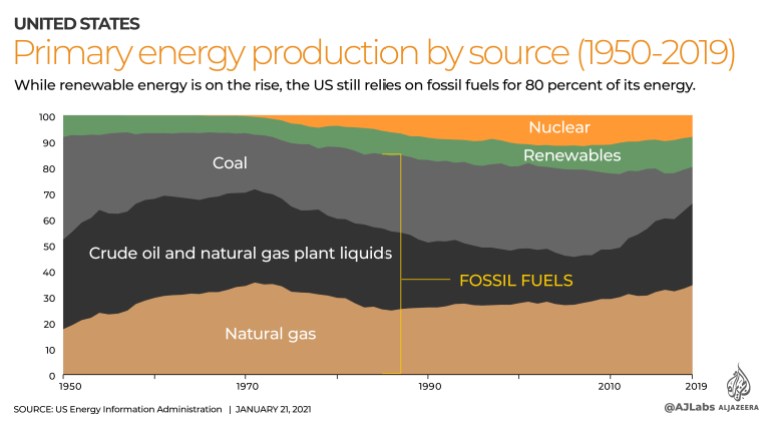 Hope for the future

Despite the challenges, there is no question that it is a time for renewed optimism, at least in the sense that the ranks of the effort to fight climate change are back up to strength. Plus, Biden and Kerry’s arrival comes as we are seeing record investments in clean energy with enormous potential for jobs.

As Kerry told the G20 forum: “A zero-emissions future offers huge opportunity for business, for clean, green jobs and economic growth and, to use the president’s words, to ‘build back better’ from the global economic crisis.”

1. Six climate numbers for a changing US: From the degrees the earth has warmed, to the amount of carbon dioxide left in the carbon budget, to the record number of climate disasters the US saw in 2020, these are the numbers the Biden administration will have to face as it tackles the climate crisis head-on.

2. Earliest cave painting discovered: A painting of pigs discovered in a cave in Indonesia has set a new record for the earliest figurative art – images that show more than just abstractions. It is at least 45,500 years old.

3. Will a green economy help the Amazon?: A leading scientist has warned that if economic activities such as farming and mining continue to be prioritised over a sustainable biodiversity-based economy, the rainforest’s hydrological cycle will be “in tatters”.

4. Unpacking the mysteries of butterfly flight: Using a wind tunnel and high-speed cameras, scientists have documented the delicate creatures to better understand how they are able to fly with such large but inefficient wings.

Perseverance, secret of all triumphs.

by Victor Hugo, novelist and dramatist