Almost 2,000 migrants and refugees died crossing the Mediterranean in 2018, according to the International Organization of Migration, with the United Nations refugee agency describing the sea route between Libya and Italy as the world’s deadliest.

Almost 1,000 people have already died this year while taking the journey to Europe from Africa, including more than 640 who died in the central Mediterranean alone.

For those who were either rescued or stopped in the Mediterranean and sent back to Libya, appalling and inhumane conditions awaited them inside government-run detention centres.

Al Jazeera spoke to Sam Turner, the head of mission for search-and-rescue (SAR) in Libya for medical charity Doctors Without Borders (Medecins Sans Frontieres, or MSF), on a range of issues involving migrants and rescue operations in the Mediterranean.

Al Jazeera: What is the condition of migrants and refugees who are rescued in the Mediterranean?

Sam Turner: In addition to clothes, blankets and rations thrice a day, we try to ensure the basic needs of these people for a short period between the rescue and disembarkation in a place of safety. What we see among those who come on board are the effects of a journey – and not just the three to four days at sea – that has taken a toll on them.

In addition to the injuries, we see exhaustion. Beyond that, we see the impact of the journey prior to boarding that vessel. They have been travelling for months and years, experiencing a life of extreme hardships. They might have spent time in the hands of criminals, smugglers and traffickers on the way to Libya as well as the detention centres in Libya where their detention is often for an extended period.

Turner: Unfortunately, it’s been a continuation of the same. Even the Tajoura centre remains inhabited. There have been calls from European governments, UN agencies and even the Libyan government to shut down. So far, we haven’t seen any tangible move to achieve that.

People continue to be detained arbitrarily and indefinitely in inhumane conditions as they wait for political and humanitarian actors to come up with feasible solutions to move towards shutting down these centres.

These centres were not made for human inhabitation. They are converted warehouses, industrial buildings or hangars with locks on the doors and bars on the windows. Inside, there is an overcrowded situation where people are lying side by side and there is no room to walk. In some centres, there is not enough space to lie down even. There are no proper toilet or shower facilities and the provision for clean drinking water is very low.

Food is severely lacking. Their main meal, often their only meal of the day, is a bowl of plain pasta.

Al Jazeera: MSF recently relaunched a search-and-rescue mission in the Mediterranean on board the Ocean Viking. This is almost a year after the Aquarius was forced to cease operation. How have things changed since last year?

Turner: We’ve seen the chilling effects of the criminalising of search-and-rescue as an activity. This has directly led to fewer efforts and vessels in the central Mediterranean. Criminal action has been launched against NGOs and captains of vessels which also made it more difficult for us to get back to sea and continue saving lives.

There’s also lack of coordination now. In the past, information about vessels in distress was widely shared enabling ships in the area to respond as quickly as possible. There’s a bit of a vacuum now.

The Libyan Joint Rescue Coordination Centre is now responsible for vast areas in the central Mediterranean. They’ve proven to be quite difficult to engage and work with in terms of lack of response and willingness. We are not informed of vessels in distress despite being there and declaring our readiness to engage in search-and-rescue activities.

Al Jazeera: Who does the responsibility of saving lives lie with?

Turner: This is where we come to a blurry area. We can’t say there is a legal responsibility on all those involved, but morally and ethically, if a European government plane spots vessels in distress, and they see there are rescue vessels in the area that can help, and yet they know the message is not going through – as human beings, they are duty-bound to do whatever they can to ensure those people don’t lose their lives unnecessarily at sea.

Al Jazeera: What about issues with disembarking and permissions?

Turner: There’s very little that we do differently compared to how we operated with the Aquarius. But we have to recognise that the context has changed around us. Most of the time we were operating with the Aquarius, we were able to disembark swiftly in a place of safety. Now, it has become more fraught and more difficult to conduct the operations and find a safe place to disembark once we have rescued people and got them out of a distress situation.

Turner: So far this year, more than 640 people have died in the central Mediterranean. This is a minimum estimate. The idea of likening our efforts to a taxi is essentially attacking an ambulance driver who responds to a conflict or someone who has had a heart attack in a developed country.

We as humanitarians recognise all lives are sacred and we must do what we can to save lives. This is an attempt to try and degrade the principles that are at stake and legitimise attacks against us.

The fact that people are dying in the central Mediterranean is not because they are seeking to reach Italy. It’s because they are fleeing a situation in their home country and what they’ve experienced on the way in the hope that Europe can offer them a better chance at life.

This interview has been edited for length and clarity 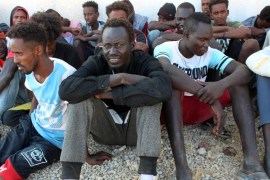 Up to 150 feared dead in ‘year’s worst Mediterranean tragedy’ 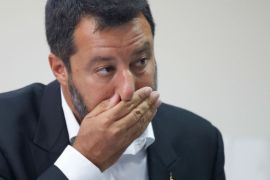