Hundreds of people gathered in Morocco‘s capital Rabat to mark the start of the Amazigh new year with a sit-in, calling on the state to make the celebration a national holiday.

“This day is an occasion to highlight our strong attachment to the land and pay tribute to those who defended our freedom,” Adil Adasko, an Amazigh community leader, said at the rally on Saturday.

The first day of the year in the Amazigh calendar, rooted in seasons and agriculture, marks the anniversary of the ascent of Libyan King Sheshong to the throne of Egypt, according to historians.

The new year, also called Yennayer, which began on Sunday, is the year 2969.

Last week, 143 of 395 members of Morocco’s parliament submitted a motion to Prime Minister Saad Eddine el-Othmani, asking for the Amazigh new year to be recognised as a national day, a step already taken by neighbouring Algeria.

Home to North Africa’s biggest Amazigh, or Berber, population, Morocco long marginalised its language and culture in favour of Arabic and French, giving rise to an Amazigh identity movement which has steadily gained influence.

Demands of the Amazigh movement featured prominently in 2011 protests, which led to Morocco adopting a constitution and the king to devolve some of his power to an elected government.

Morocco recognised Amazigh as an official language only with the new constitution in 2011.

Eight years on, parliament has yet to enact the legislation required to establish its use in education and public life. Activists accuse the government of dragging its feet.

While forming substantial populations in these countries, the Tamazight languages have only recently started to gain formal recognition.

The word Tamazight refers to the spectrum of related dialects spoken by the Berber people.

In the early 2000s, the Royal Institute for Amazigh Culture was launched in Rabat, and Tamazight lessons were introduced in primary schools. An Amazigh TV channel was also launched in 2006.

The Amazigh movement has also played a role in protests in some of Morocco’s marginalised areas, including demonstrations over economic and social grievances in the Rif region in 2016 and in Souss last year.

Berbers inhabit an area spanning most of North Africa, with large populations in Morocco, Algeria, Tunisia, Libya and western Egypt.

Berber tribes and ethnic groups can also be found as far south as Niger, Mali and Burkina Faso. Berber dialects have “national” language status in Algeria, Mali and Niger. 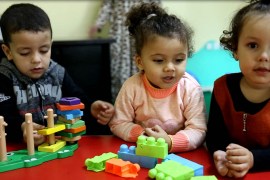 The kindergarten giving hope to refugees in Morocco

Run by Yemeni refugees, the school has given hope to migrants and refugees in Morocco, a country fighting unemployment. 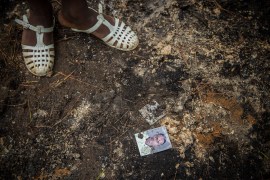 Just over 20km from Spain’s southern tip, the forest in Tangier acts as a last stop for those aiming to reach Europe.