It would be disingenuous to say that there isn’t any suffering in Chicago. As I write this, there have been more than 2,000 victims of gun violence so far this year, including 385 who died. But I find it incredibly difficult not to cringe when politicians and media pundits speak only about the violence in Chicago. There is so much more to the city – my hometown – that gets overlooked.

Chi-Town is a beautifully diverse place with a population almost evenly split between black, white and Latino Americans. Granted, most of these ethnic groups live in different neighbourhoods separated by geography. Greektown, the south side’s Chinatown, South Asians on Devon Street, Pilsen’s Mexican Americans, and the Polish Triangle are just a handful of the vibrant communities in Chicago – famously known as a city of neighbourhoods – that all contribute to the rich cultural mosaic of this city. But listening to the politicians’ rhetoric would lead anyone who’s never been to this city to believe it’s the most dangerous place in the US.

Yes, violent crime is a persistent reality in some Chicago neighbourhoods. The double-digit weekend death tolls and shooting sprees are a constant reminder of the need to keep the city’s violence and its survivors in plain sight. But this isn’t true in all of them. Crime has been increasing in many of the city’s south and west side’s impoverished communities, which are predominantly black and Latino. But much of the city’s wealthier north side and loop, which are predominantly white, are safer than they’ve been in decades.

And this contrast exposes a big part of many of Chicago’s problems. This sort of violence doesn’t appear out of thin air. It’s a response to a long history of systemic deprivation. This deprivation, where people lack basic resources like jobs and decent public schools, was born out of decades of public policy designed to impoverish black communities. As a result, Chicago’s legacy of segregation is probably more ingrained than in any other city in the country. It’s left the city divided, and massively unequal.

So we begin Part 1 of this series by unpacking the roots of segregation – housing. All forms of segregation in society begin with where a person lives, and the effects have been devastating for so many communities.

This segregation matters because policies, practices, and attitudes make resources accessible to some while creating barriers for others – from housing, to healthcare, schools, jobs, and a stable local economy. These divisions create some prosperous neighbourhoods, and others blighted and isolated. Violence is a symptom of these blighted and isolated communities. You can’t divorce the crime problem from the problem of deep concentrations of poverty.

I think about this issue a lot. I was born in Chicago and spent the first few years in Albany Park, on the northwest side of the city. Growing up, the colour lines of Chicago were made clear when we’d go downtown on the “El” train. Each stop represented a different ethnic community. The furthest I’d ever been was to 35th St on the crowded Red Line train, to go to a Sox game. It wasn’t until college that I ventured even further south on the Red Line to visit a friend off the Ashland/63rd stop and finally understood how divided Chi-town really was.

That was in 2000. Fast forward to 2017, when I went back to Chicago with my fellow producers, Maggie, Omar and Michael, and very little has changed.

Some of the most obvious wear and tear of these neighbourhoods has been on Chicago’s public schools. More than 60 years after the historic ruling of Brown vs Board of Education, segregation in Chicago public schools is still far from being eliminated. One might assume that if neighbourhoods are still segregated, schools will obviously reflect the same patterns. And how can schools fix what segregation started? Well, it requires imagination and hard work by school officials and politicians. Otherwise, segregation remains the status quo in cities like Chicago.

In Part 2 of this series, we explore what segregation looks like in Chicago public schools.

Chicago may not be the most segregated city in the country any more, but it’s still in the top five. And recently proposed solutions to combat the surging violence range from increasing the number of police on the streets to even sending in the National Guard. But not everyone thinks that more police is the answer. For many, the answers are in the communities that are impacted the most.

In Part 3, we spent a day with Ja’Mal Green, an activist on Chicago’s south side who has a unique vision to help improve the conditions of his hometown. 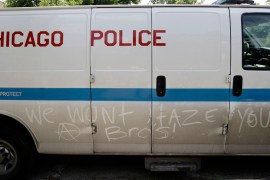 Polarisation over police reform has played out in the news and on social media after videos showing officer brutality. 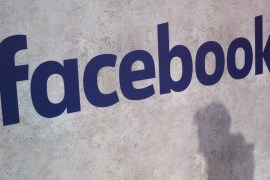 Teenage victim may have known her attackers, who are believed to be all minors who ‘terrorised’ her neighbourhood.