Goma, Democratic Republic of Congo – JC Kibombo, aka Professa Zikfull, a 32-year-old rumba singer and songwriter, was paying tribute to Congolese music legend Papa Wemba at a bar in this eastern city last year when he noticed a familiar, and powerful, figure watching him.

Josue Mufula, a politician who plans to run when, and if, parliamentary elections are held in Congo, was feeling nostalgic about the passing of Papa Wemba and drawn to the young musician’s talent. He grabbed a microphone and told the surprised patrons that he was so impressed with Kibombo that he would promote his music in the Congolese capital of Kinshasa.

In our country, artists and musicians are badly paid. Even if they have nice voices, they don't make money out of it

Mufula hoped the move would encourage wealthy patrons to step forward and help the artist. For Kibombo, this was finally his moment of discovery.

“As musicians, we always have this dream. We play at some small piano bar and hope to get our own music produced,” he says.

Kibombo was soon flown to the big city; Mufula paid for his flights and hotel stay, as well as his recording sessions at a large studio.

The album was notable, and not just for its catchy tunes. It features more than 100 names including politicians, journalists and members of President Joseph Kabila’s family.

If that seems unusual, it’s not. The shout-outs are part of a practice known as “mabanga”.

In Congo, artists are poor and, quite literally, have to sing for their supper. Many rely on the patronage of the wealthy and the vain to keep their art afloat. They name-drop political leaders, businessmen, anyone with power and money, in their songs.

Rumba as a political tool

For candidates looking for a compelling way to resonate with voters in a possible election year, mabanga is the Congolese equivalent of a TV campaign ad. Music is used as a propaganda tool by the very political class that citizens seek to escape.

“In our country, artists and musicians are badly paid. Even if they have nice voices, they don’t make money out of it,” says Hubert Furuguta, a local activist and artist running for elections for the first time. He wears a slouchy beret, a sweater is knotted around his shoulders and colourful bands circle his wrists.

Music is to enjoy. Politicians aren't doing anything for the population. They must not invade our music too.

“Politicians profit from musicians,” he says, later adding that although he’s been named in music, he’s never asked for or paid for it.

“They know my value and it’s coming straight from their heart.”

For ordinary Congolese, rumba is a refuge, a rambunctious distraction from endemic poverty, endless conflict and the appalling failures of the state.

“It’s easy to dance to,” says Patrick Amisi, 44, on a recent Saturday night at a bar called Ana where Kibombo is playing. Wearing a ruby silk shirt and beige pants, he spreads his arms and sways his hips.

“I feel like I can escape. I’m in another world. I’m in paradise.”

Amisi, who supervises the cleaning staff at the UN office in Goma, says he’s irritated by mabanga in the music he so loves.

“Music is to enjoy. Politicians aren’t doing anything for the population. They must not invade our music too.”

ALSO READ: A night out with London’s Sapeurs

Even as Amici professes little sympathy for politicians, he’s sensitive to the plight of musicians.

“I’m sure they are doing this for money, that they themselves don’t agree with this,” he says. “It’s the difficult conditions of life that pushes musicians to do this.”

Indeed, many singers in Congo have few means to raise enough cash to get their music produced.

Kibombo, who was jamming recently at the Alliance francaise institute in Goma, says he waited years for someone to produce his album sans mabanga. When Mufula agreed to bankroll his album, it was his big break onto the national stage in Congo.

Before Mufula, an American NGO produced an album with Kibombo and four other artists in 2013. The album didn’t have any mabanga, it sank without a trace.

“Even people in Goma didn’t know about it,” Kibombo says.

But with names dropped in his solo album, the songs began to sell themselves.

That’s exactly why Mufula says he drew up a list of names for the album.

Selling shout-outs: appealing to the powerful

“When someone is cited by him in his songs that person feels that he’s participating in his oeuvre. That’s my strategy,” Mufula says. “In addition to music critics, we selected some politicians to get some guarantees, some insurance, so that artists can sell them their CDs at a special price.”

For Mufula, these people are simply patrons of the arts. If a CD costs $10, the so-called patrons would offer anything from $100 to $1000 for it.

Mufula estimates that the album, music video and vigorous promotion on television and radio cost him more than $16,000. Once the costs are covered, the profits from both the mabanga cash and regular album sales are to be evenly split between Mufula and Kibombo.

Already, 13 people whose names were among those sung on the album bought it for $1000 each, says Kibombo. But it’s still a fraction of the number of people he name-dropped.

Some didn’t pay up but played his songs on radio and television, he says. A few were offended. Journalists from one radio station told him to remove their names from the album.

One of the people who paid $1000 for just one shout-out on the album called recently with a request: his wife was creating a foundation and he wanted her to be well known in Congo. Could Kibombo sing a song about her? He’d be willing to pay for the privilege, of course.

Depending on the request, whether it’s a birthday, funeral or celebration, Kibombo dusts off one of his old songs that were never recorded and layers it with mabanga for the occasion.

Even though national elections this year are far from certain, Kibombo says that so many requests are pouring in that he’s roped in other singers to cover political opponents.

Not everyone is convinced mabanga works as a campaign strategy for politicians.

“Even though musicians are helping them with their songs, they’ll never be elected. People don’t react when they hear it,” Alexandre Kahimbi, 32, a security guard, says about shout-outs.

Although Kahimbi is one of many Congolese who shrug off mabanga with a what-can-you-do-about-it attitude, others excoriate the practice.

“It’s a reflection of poverty,” says Ganza Buroko, the coordinator of Yole!Africa, a cultural centre where an estimated 17,000 youth participate. “The people named in the music are thieves.”

Buroko says that mabanga is pervasive in rumba and another type of music called ndombolo but not so much in hip-hop in Congo.

“There’s music where they shake their ass and there’s music to exercise their brain,” he says.

Hip-hop is viewed as the latter here.

Kibombo is familiar with the criticism and wants to break away from mabanga. He says he’s in touch with producers in Canada and Europe – places where he wouldn’t have to sell shout-outs to get by. Even as he plans his future, he says he needs to work within the Congolese system to get there.

“Everyone needs to start somewhere.” 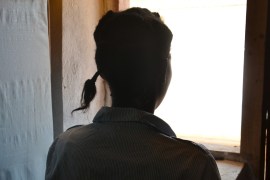 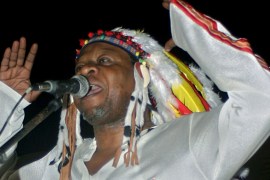 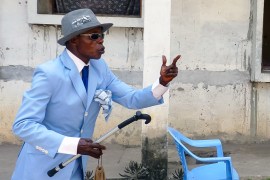