Hendala, Sri Lanka – Edward de Alwis was born in 1928, the youngest of nine siblings. He was only 14 years old when a public health inspector on a school visit noticed the patches on his face. It was leprosy. It meant the end of the life de Alwis had known. He was taken from his family and quarantined at the Hendala Leprosy Hospital.

“There were five checkpoints, and 12 policemen who stood guard all the time. You could not escape,” he recalls.

De Alwis was one of 20 children among 900 adult patients. He tells Al Jazeera that he was initially terrified by the deformities around him – leprosy had eaten away noses, fingers and toes; nerve damage to the face and eyelids meant some patients could never close their eyes, even when they were asleep. “I just wanted to go home,” he says.

But he would eventually resign himself to his new life. By necessity, the hospital was self-contained. It had a school with teachers who, like their students, had leprosy. There was a court and a prison on the hospital grounds. There were Muslim, Hindu and Christian places of worship. The Buddhist stupa had been built by the patients themselves in 1895.

The leprosy hospital at Hendala was erected in 1708. It is one of the oldest in South Asia and de Alwis is its oldest living patient. Behind these walls, he has lived through a world war and seen Sri Lanka gain its independence from the British. He was here when the country’s ethnic conflict began, and when it ended, nearly 30 years later.

De Alwis was also here when heard that the last member of his immediate family died. His parents, brothers and sisters are all gone. Such is the stigma of his disease that his nieces and nephews were never told of his existence. De Alwis is now 88 years old and he has spent more than seven decades in the hospital. He fully expects to live out his life here.

Amazingly neither de Alwis, nor any of the 29 patients who still live in Hendala, have leprosy. They are long since cured, but their disabilities are irreversible and some require care for other conditions, such as diabetes. But how, in less than a century, did this place go from having hundreds of patients to having fewer than 30?

Also known as Hansen’s disease, leprosy is a chronic, progressive infection caused by the bacteria Mycobacterium leprae. It is an ancient disease. Most common in the warm humidity of the tropics, leprosy is a thief. Sensory loss often begins at the extremities. The first to go is an awareness of temperature, followed by the ability to sense light touch, pain and deep pressure. The disease is contagious, and the stigma arises from the extent of the disfigurement and disability it can, and has, caused for hundreds of years. It has always set its sufferers apart: in fact, the Leper’s Ordinance, enforcing the segregation of patients from society, was enacted into law in Sri Lanka, then Ceylon, by the British in 1901.

Up until the 1940s, leprosy was often treated – with questionable efficacy – by injecting patients with oil from the chaulmoogra nut, says RMSL Rathnayake, the chief pharmacist for Sri Lanka’s Anti-Leprosy Campaign. When de Alwis was first taken to Hendala, this was the treatment he received.

Then came dapsone – a drug with unpleasant side effects, but a high success rate. However, when drug resistance to dapsone appeared, the solution proved to be the multi-drug therapy (MDT) that was debuted in Sri Lanka in 1983 and which is still in use today.

The MDT comprises dapsone, rifampicin, and clofazimine – a potent combination which promises to eradicate leprosy in six months to a year. In fact, within a few days of being on the regimen, a patient with leprosy is no longer contagious.

Thanks to the MDT, Sri Lanka has enjoyed remarkable successes in its fight against leprosy. A social awareness marketing campaign included a range of initiatives. A successful television drama was used to raise awareness on air – as part of the plot, a man with leprosy was cured and found love. The government sponsored street theatre and mobile clinics.

“The message of the social awareness campaign was that leprosy is 100 percent curable,” says Jagath Amarasekera, a consultant at the epidemiology unit at the Ministry of Health.

“The stigma became less and people came for treatment,” he adds.

Those diagnosed could be sent home to recover, making the system of quarantine outdated. The medicines were made available at clinics around the country – thanks to the World Health Organization (WHO), which, since 1995, had been providing MDT free of cost to leprosy patients across the globe. Anything else a patient in Sri Lanka needed, like surgery or physiotherapy, was provided free of charge by the state.

Fast forward to 2014, when 94 percent of leprosy patients worldwide were found in just 13 countries – Sri Lanka among them.

Widespread access to MDT has ensured leprosy is no longer a public health problem here – this was achieved in 1995, when the prevalence dropped to less than one case of leprosy per 10,000 people. However, the regularity with which new cases are being detected in recent years means Sri Lanka will have to fight hard to cover that last mile.

The young remain vulnerable, accounting for eight to 10 percent of the 2,000 new cases the country sees on average every year. This figure is of concern to experts like Dr N Janankan, the National Professional Officer for Communicable Diseases at WHO, as it indicates active transmission. Last year, 11.2 percent of new cases were in children, an increase since 2012, when the figure dipped to a low of 7.64 percent.

Children are less likely to be diagnosed in time, and consequently, more likely to develop a disability due to leprosy. Janakan also says that cases have sprung up among internally displaced populations in places like Puttalam in northwestern Sri Lanka. But it is in cities in the western province, among Sri Lanka’s urban populations, where the highest number of leprosy patients are found.

K Mohammed still remembers the doctor asking him whether he was married. “Not yet, I’m still single,” the then 24-year-old replied. Mohammed was the head of a team of five in a research and development outfit when he first noticed something was wrong with his right hand. He began to have difficulty typing. He was shocked when after several false diagnoses, he was told he had leprosy. “I was speechless for hours after I got to know this, worrying about my family and my career,” he says.

His worst fears would come true over the next few months. Mohammed lost his job and family and friends stayed away. At one point, he felt he had scraped rock bottom. “The MTD drugs may destroy the bacteria inside me one day, but what about my ruined appearance, fitness and confidence?” he asked. “I have become alone. I have lost myself.”

But after 13 months of treatment, Mohammed’s illness is finally under control. In the space of the few decades that lie between him and de Alwis contracting the same disease, medical advances have ensured dramatically different experiences.

For months, Mohammed could not find work, and so he was grateful when a local company hired him to be a customer service representative in their showroom. On his doctor’s suggestion, he did not reveal his medical history to his employers. He lives with uncertainty over what will happen if they or any of his new colleagues find out.

Dr M S D Wijesinghe, a Consultant Community Physician with the Anti-Leprosy Campaign, felt the team working on Sri Lanka’s National Leprosy Strategy 2016 – 2020 needed to hear from people like Mohammed. After attending the strategic planning meeting, Mohammed felt things could be looking up for patients like him. “I understood a broad action plan is being prepared for our well-being,” he says.

“We need champions like Mohammed to come out and speak about their experiences,” Wijesinghe tells Al Jazeera, pointing to the stigma as being one of the key obstacles to eliminating the disease. On a practical level, the Anti-Leprosy Campaign has responded to this with a battery of awareness campaigns, training for front-line healthcare workers, improved follow-up through an online database, house-to-house visits and mobile clinics. On an emotional level, however, the stigma has proved harder to shake off, and there are, of course, other challenges.

Mohammed is from a neighbourhood just outside Colombo. Among the patients Wijesinghe treats here, he says many are urban poor. With a lack of adequate nutrition and quality housing, they are vulnerable to the disease and might be unable to stay on the treatment regimen for the entire year.

There is also concern about growing numbers of relapses. “We see some 40 to 50 cases each year of people relapsing,” Wijesinghe explains. This could be because people have not stuck to their regimen as prescribed – understandable, considering the long duration – or more alarmingly, it could be a sign of multi-drug resistance. The Anti-Leprosy Campaign will be collecting DNA samples from relapsed patients in 2017 to identify whether Mycobacterium leprae has developed resistance to the current MDT.

While these challenges remain daunting, the Sri Lankan authorities have set a target of eradicating the disease by 2020. There is some way to go, but the measure of how far the country has come is most noticeable in places like the Hendala Leprosy Hospital. When its last patients have gone, it will no longer be needed.

The Lepers Ordinance, which was used to separate Edward de Alwis from his family, has itself fallen into disuse. Experts say the law has fed the stigma around the disease. Wijesinghe hopes to see it repealed very soon, perhaps even this year. He says, simply, “It is discrimination. We need to change that.” 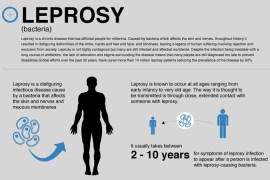 Leprosy is an ancient chronic disease that has afflicted communities across the globe for millennia. 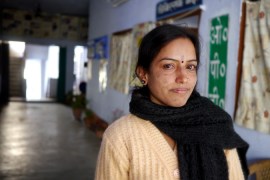 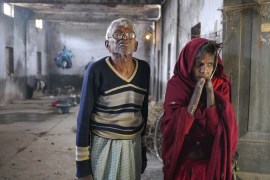 How a leprosy sufferer overcame suicide

A man from a leprosy colony in India talks about the difficulties he has faced since being diagnosed with the disease. 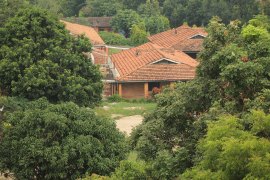