So he’s signed it. Of course, there was never much doubt Vladimir Putin would put pen to paper on a piece of legislation that’s been rushed through both houses of parliament in roughly two weeks.

But now that it’s officially law, we’ll soon see how Russia’s media foreign agent bill is to be used.

As with many of Russia’s recent laws, this one has been intentionally drafted loose. It’s a toolkit that leaves unspecified who the eventual targets will be. Laws like this are political instruments and, therefore, must be flexible.

Here’s how the whole thing works.

First, a pedantic technicality. Actually, it’s not a self-contained law. It’s an amendment to a law that was already going through the parliament.

The bit I’m writing about was tacked on the end, just after the US added Russian broadcaster RT to its own foreign agents list. Russia’s politicians had already made it clear they were preparing countermeasures for such an eventuality.

The amendment ostensibly allows Russian authorities to respond in kind – but actually means any foreign media organisation can be designated a foreign agent – regardless of whether it’s state, or privately owned.

Importantly, the decision about who will suffer this fate is up to the Ministry of Justice. It will draw up the list – and this is what makes it a political tool.

Perhaps unsurprisingly for such a hastily drawn up plan, the new bill leans heavily on an existing law.

In 2012, Putin signed his controversial NGO legislation into being – largely as a response to what he felt was foreign encouragement of opposition protest activity in Russia. He said foreign NGOs had been acting as Trojan Horses for hostile powers to stir up domestic discontent. Therefore, NGOs needed to be taken down a peg or two.

The law forced NGOs with foreign funding to declare themselves foreign agents – or face closure. Foreign agent NGOs have to state on all their published information that it’s coming from a “foreign agent”. And in a country where the paranoia of the Cold War still has a powerful legacy, that doesn’t sound good.

NGO foreign agents also have to follow strict auditing requirements – with quarterly, half-yearly, and annual scrutiny of such things as who is giving them money and what it is being spent on. It’s had a crippling effect on all sorts of human rights, and environmental organisations.

The new media foreign agent legislation says many of the requirements put on foreign media will be the same as the ones NGOs have to follow. Again, the specifics are left to the whims of the Ministry of Justice.

The intention seems to be to trip media organisations up with bureaucratic and legal red tape. The administrative headaches of complying with all the auditing will either be difficult enough that foreign media companies give up and go home. Or, if the police come knocking, there’ll be something investigators can find to launch a prosecution.

The bill is so vague it’s drawn the condemnation of Russia’s Presidential Human Rights Council.

“It does not have a legal definition or any substantial legal definiteness, and therefore in practice will inevitably cause problems in determining the parties in the legal relations that arise,” said the council’s report. It recommended the Federation Council vote down the bill and send it back to the Duma for a total overhaul.

But the Presidential Human Rights Council is criticising the bill for doing exactly what it was designed to do. Why get bogged down in petty legalese, Senator Andrei Klimov suggested, when as far as he is concerned the bill “is right from the political viewpoint”.

As the Ministry of Justice has said, the law is meant to be used selectively. “This measure, introduced by federal law, is a response to the media of countries who have specific restrictions for Russian media activities.”

Foreign Ministry spokeswomen Maria Zakharova helpfully put it this way: “If they don’t close Russian media abroad, the media of those countries will work in Russia as normal. If there are repressive methods used against Russian media or journalists, then we have all the necessary tools to respond.”

The Ministry of Justice isn’t hanging around. Long before Putin sat down and took the lid off his pen, a list of possible targets was being circulated. It includes Voice of America, Radio Free Europe/Radio Liberty, and Russian language offshoots.

There are plenty of hints CNN might be hit too. 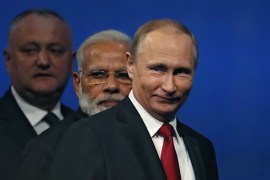 Russian president tells the world to take it easy after US decision to withdrawal from Paris climate change agreement. 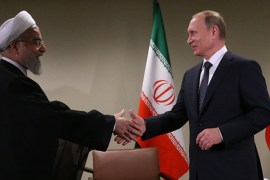