By
Sarita Santoshini
Correction7 Mar 2016
The initial version of the story wrongly stated the year of India's independence as 1948. It has now been updated with the correct year.

After he left in the morning to go to work, Yaikhom busied herself with household chores.

“In the evening, neighbours started gathering at my house after a local news channel flashed reports of an encounter” between police and members of an armed group, she recalled. “I was worried sick all night, but kept assuring myself that he was fine.”

The next day, the local papers carried a statement by the state police announcing that it had encountered and killed Ningthoujam and another civilian, both of whom they claimed were members of Kanglei Yaol Kanba Lup (KYKL), a rebel group. The men were accused of carrying an AK-47 rifle and a hand grenade.

Just one day later, the papers carried a statement by KYKL, clarifying that neither Ningthoujam nor the other man belonged to their group. But by then it was too late.

Four days later, Yaikhom visited the spot where her husband’s body was found, in a village about 40 kilometres away from the state capital, Imphal. She found his scarf hanging from a tree and blood on the ground where his body might have been dragged.

An elderly woman told Yaikhom that she had seen everything.

“She told me that the police got him there in a Jeep. They tied him to a tree and tortured him. Later, they let him loose … challenged him to run to save himself before firing bullets at his body. How’s this an encounter, and what had my husband done to deserve this?” she said, weeping.

Manipur, a state in northeastern India, has been the site of armed insurgencies since India’s independence in 1947. According to the Indian federal government, 34 terrorist groups operate in Manipur.

Given the situation, the entire state except for Imphal has been declared to be a disturbed area, and the army has the right to arrest or kill without fear of prosecution under the Armed Forces Special Powers Act of 1958.

In 2012, the Extra-Judicial Execution Victim Families Association (EEVFM) – of which Yaikhom is the secretary – filed a lawsuit in the Supreme Court alleging that 1,528 civilians had been killed extra-judicially in Manipur between 1979 and May 2012.

A commission appointed in 2013 to investigate six of these cases issued a report concluding that none were cases of genuine encounters between security forces and alleged members of armed groups. The report pointed out that none of the security forces had suffered injuries, while one of those killed was found with as many as 16 bullet wounds.

During court proceedings of the case last December, the government defended the killings by stating that they were part of efforts to combat insurgency, and could not be treated as a law-and-order problem.

However, a chilling confession made in January by a police officer, Thounaojam Herojit Singh, has brought the issue to light again.

In a public statement, Singh – who had won a gallantry award for exemplary courage in the line of duty – confessed to shooting an unarmed man, allegedly a surrendered militant, in broad daylight in Imphal on orders from his superiors.

Meihoubam Rakesh, a lawyer and the director of Human Rights Law Network in Manipur, believes that these killings have paradoxically bolstered the reputation of the security forces.

“The army has been conducting joint operations with police commandos, which included many fake encounters and death of civilians. The police received gallantry awards for these without any probe, and it only encouraged them further,” he claimed.

Binalakshmi Nepram, the founder of Manipur Women Gun Survivors Network (MWGSN), said that many women have been widowed by non-state forces in Manipur, in large part due to easy access to weapons in the state.

“Weapons of more than 13 countries have found their way to the state. The United States might have never heard of Manipur, but its weapons have reached us,” she said.

According to a report issued in January by the Indian Ministry of Home Affairs about northeastern India, there were 3,867 violent incidents in Manipur from 2007-15, in which 1,205 “extremists” and 486 civilians were killed.

Yet Nepram insists that official figures underestimate the number of people affected by gun violence in Manipur.

“The state government says there are 20,000 registered widows in Manipur who lost their husbands in conflict,” she said. “But we’ve been working closely with these women for more than a decade, and I know that there are thousands of killings that have gone unreported.”

According to Meihoubam, locals are scared of providing information to media or testifying as a witness in court. “Even in the case of Yaikhom’s husband, his friend had witnessed the police torture and so had an elderly woman, but they denied it in front of the inquiry officer and I couldn’t prove anything,” he said.

In many cases filed by EEVFM, circumstantial evidence has been enough to prove a killing was staged. However, Meihoubam recalls only one case in which the court ordered the prosecution of army members. The defendants, he said, were never convicted.

“Gun widows” such as Yaikhom often face difficult circumstances after their husbands’ death. Some social schemes for widows exist, but the benefits are paltry – and most widows fail to receive even these small sums.

“A large number of these women are young, so they cannot avail the widow pension scheme. In other cases, after the deceased is killed by state forces and branded as a militant, all schemes are denied to their relatives unless proven otherwise in the court, which takes years or mostly never happens,” Meihoubam explained.

Farida Bibi, 33, is a staff member in MWGSN whose husband was killed in 2008 in an armed robbery. Bibi said she worked as a day labourer soon after her husband’s death to provide for her three daughters. She did not receive any support from the government. Finally, in 2013, an NGO she was working for directed her to a school in Delhi that accepted her children free of tuition.

Empowerment in the face of adversity

Mumtaz Begum was devastated when her husband, renowned professor Azad Khan Shekhar, was killed in an encounter in 2009 and alleged to be a member of an Islamist militant group. She was left alone to provide for her five children, the youngest of whom was only two years old.

“I found out that my husband had been threatened to give the militant group about $1,500 a few months ago. I reached out to ask them to return the money so I could feed my kids, but they blackmailed me. They asked me to carry out illegal activities for them if I wanted my money back, failing which they threatened to instigate the community against me and have me killed,” she recalled, breaking into tears.

Begum did not give into their demands, and today she works as a community mobiliser for MWGSN, helping other widows deal with trauma, encouraging them to work, and informing them about their rights.

According to Reena Mutum, a coordinator at MWGSN, the network includes more than 5,000 women, including gun widows and other vulnerable women affected by conflict.

“In a state that has been facing ethnic conflicts for decades, we have women from all tribes and communities coming together and supporting each other. I see this as a great step towards peace building,” Mutum said.

Mutum and Nepram started by opening bank accounts for widows and provided them with a few thousand Indian rupees to buy yarn for weaving or seeds for a vegetable farm, so they could support themselves. Over the years their projects have increased, and the government recently provided them with 50 looms, helping more women to engage in commercial weaving through their organisation.

“We simply wanted them to know that they aren’t alone, and also remain involved so it keeps their mind off trauma. We realised much later that what we were doing was actually a form of psycho-social therapy,” Mutum explained.

Yaikhom, whose traumatic experience had left her partially paralysed for a year, said she found support and courage as a part of EEVFM. The organisation has about 100 active members who meet once every two weeks and donate small amounts of money, used to provide interest-free loans to widows or mothers of men killed by either state forces or militants.

“I’ve travelled across the country to attend sessions on counselling, trauma-training and human rights awareness along with a few other members. We come back and teach the others what we learned,” said Yaikhom.

Today, Begum, Yaikhom and Bibi are empowered women who are not reluctant to share what they have been through, crying freely when memories pain them.

“We’re doing everything for our children,” Begum said. “We hope at least they grow up to see a better, less militarised Manipur.” 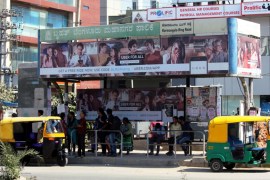 Bengaluru, the Uber app and poverty in India 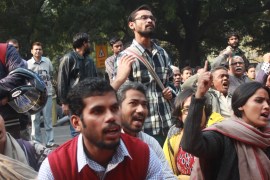 The case of the disabled professor imprisoned in India

Worries grow for the health of a wheelchair-bound professor awaiting trial for alleged Maoist links. 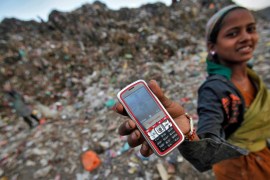