Dallas, Texas, United States – At the end of January, Mark Zuckerberg’s corporation banned the sale of firearms and ammunition on its Facebook platform, the world’s most-used social media site, as well as its Instagram site, the popular photo-sharing platform. The move will keep the debate over gun control in the United States raging.

“Over the last two years, more and more people have been using Facebook to discover products and to buy and sell things to one another,” Monika Bickert, Facebook’s head of product policy, said in a statement.

“We are continuing to develop, test and launch new products to make this experience even better for people and are updating our regulated goods policies to reflect this evolution,” she added.

Facebook first began limiting gun sales on its sites in 2014, promising to prohibit minors from visiting forums and advertisements for arms sales. But the move did not statisfy groups calling for tighter gun controls.

The coalition, known as CSGV, is a social welfare organisation that seeks to secure freedom from gun violence through research, strategic engagement and effective policy advocacy.

Their issue with arms sales over Facebook is that no background checks are required for exchanges taking place over the platform, although this is in compliance with US legislation which regulates the sale of firearms.

“These sales don’t necessarily happen through the internet. They can occur anywhere,” Everitt continued, referring to what is commonly known as the “gun show loophole”.

The origins of the loophole are found in the Gun Control Act of 1968, passed by the US Congress, following the assassinations of President John F Kennedy, the civil rights champion Dr Martin Luther King, and others.

US citizens are guaranteed gun ownership by the Second Amendment of the Constitution, the legal foundation for the nation.

The Gun Control Act made it necessary for people “engaged in the business” of selling firearms to obtain federal firearms licences (FFLs) to buy and sell weapons and ammunition.

However, private parties who engage in non-commercial arms sales are not required to obtain this licence.

MORE on the gun show loophole

Until 1994, when the Brady Handgun Violence Prevention Act came into force, there was no federal law requiring waiting periods or background checks on firearm purchases, although 18 states had enacted their own legislation requiring checks that superseded those of the Brady law.

But the Brady Act didn’t place any restrictions on private sales, guaranteeing carte blanche for the “secondary market” of private sales with no waiting periods, and no background checks.

Everitt called into question the act of selling a gun to a faceless acquaintance through social media.

“People think the image of an anonymous buyer looking into the car trunk of an anonymous seller to find assault rifles as being the ‘black market’, but it’s entirely legal under current US law. Selling someone a gun without so much as knowing their name is so seedy,” Everitt stated.

Many of the Facebook groups and users have migrated to lesser-known social media platforms to continue exercising their right to sell guns digitally.

One of these sites is MeWe, a social networking site launched in 2012 focusing on the privacy of its users, that asks visitors, “is your social media stalking you?”

DFW Texas Gun Trader moved to MeWe following the Facebook ban, and currently has 2,777 users. Many guns, including semi-automatic assault rifles, are readily available for purchase here, without a background check.

Mark Weinstein, one of MeWe’s founders, declined to provide Al Jazeera with figures on how many users had created gun-selling groups on MeWe in the weeks following Facebook’s ban.

He did tell Al Jazeera “that law-breakers, haters, and violence inciters, are to be dislodged, disinvited and banned, and that is what we do at MeWe. But not the law-abiders – that is the rub here.”

He added: “MeWe is for good, law-abiding Americans and world citizens.”

The MeWe founder went on to lambast Zuckerberg for having the power to regulate “what law-abiding citizens can and can’t say and do, the betrayal is of core American ideology”.

“Social media shouldn’t be in the business of being in your legal business,” he said.

CSGV reports say that there are five times as many licensed gun stores in the US as there are McDonald’s, which suggests that there is no shortage of opportunity for people who can pass a background check to legally buy a weapon.

A White Paper by the University of California, Davis, says that “perhaps 40 percent of all firearm acquisitions, and at least 80 percent of those made with criminal intent, are made from private parties” via the gun show loophole.

Nicole Strong, the public information officer for the Houston bureau of the Alcohol, Tobacco and Firearms Bureau (ATF), spoke to Al Jazeera about the regulation of arms purchased via private sales.

Strong has spent nearly a decade working in Texas and Arizona, and says that monitoring mechanisms for purchases through dealers who have obtained their FFL by submitting applications to the ATF and having thorough background checks performed, are well regulated.

Then, any seller with an FFL is required to “complete a background check performed via the National Instant Criminal Background Check System,” a safeguard against guns falling into the wrong hands administered by the FBI, for any prospective buyers.

There are several means of tracking guns and ammunition, including serial numbers, origin labels showing the factory where the arm was produced, Strong explains.

“It’s fairly easy for us to prove interstate nexus,” Strong continues, referring to meeting the burden of proof for pressing federal gun charges. “If it was made in Springfield Mass, then it shows up in Texas, you have your nexus. Even if it were made in Texas, but travelled in and out of the state, we can usually prove that.”

However, the ATF’s expertise in tracking guns doesn’t apply to private sellers. “There’s no one monitoring. It’s a very unregulated market,” Strong said.

The National Rifle Association, whose website says it is widely recognised “as a major political force and as America’s foremost defender of Second Amendment rights”, declined Al Jazeera’s request for comment.

The NRA has published an article entitled “The Gun Show Myth” that defends the practice of private arms commerce.

Speaking from his office in Washington, CSGV spokesman Everitt told Al Jazeera that in spite of the digital migration to MeWe and other sites, he was thrilled about Facebook’s decision.

“It takes away the convenience of the largest social website in the world. It’s pushing these sales farther underground, and until we have universal background checks, that’s exactly what we want.” 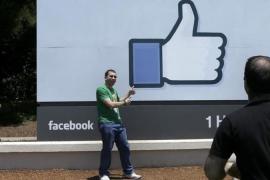 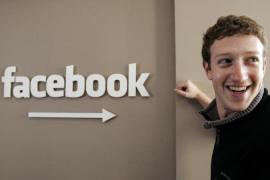 Mark Zuckerberg says he called US president over surveillance, and says government policy is damaging the internet. 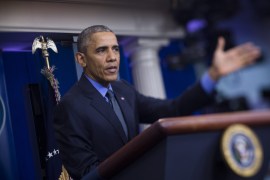 How the siege of Sarajevo changed journalism