Beijing, China – China is slowing imports of natural gas after consumption growth in Asia’s largest gas market sagged to its lowest in nearly a decade, potentially spelling trouble for leading gas exporters such as Qatar and Australia.

The Chinese government has been on a mission to increase the use of gas in power generation and heating to stave off mounting public anger over choking smog in Chinese cities.

But growth in gas use has stalled as China’s economy slows and crude oil prices stay stubbornly low. The slowdown indicates demand will struggle to meet levels forecast by the International Energy Agency, which predicted less than a year ago that China was entering a “golden age of gas”.

Declining rates have cast doubt over bullish projections of how much gas the country will import in the near future, and could make life hard for new projects targeting the Chinese market.

China is the world’s third-biggest buyer of gas that has been cooled to a liquid and then shipped by ocean-going tankers. Liquefied natural gas (LNG) met 15 percent of China’s gas demand in 2014. The country also imports gas through international pipelines from Central Asian states and Myanmar.

“China does not have a rich resource endowment of natural gas. We have abundant coal resources, but insufficient gas resources,” said Hu Weiping, a former deputy general in the National Energy Administration.

“Gas is the best choice for us … to treat the environment and to develop clean energy, we need to rely on imported gas,” said Hu.

China consumed 178.6 billion cubic metres of gas last year, an increase of 5.6 percent from 2013, according to official statistics. That rate of expansion was one of the highest among major economies, but the lowest in China since 2007. Chinese gas use grew by 17.3 percent every year on average from 2002 to 2013.

The pace of growth has continued to slow this year. Gas use from January to April grew by only 2.4 percent from last year to 62.9 billion cubic metres.

“There is fundamental weakness in the Chinese gas market right now, which has really been a consequence of the cyclical issues around low oil prices and high domestic gas prices,” said Gavin Thompson, principal analyst for Asia-Pacific gas and power research at energy consultancy Wood Mackenzie.

“It’s been eating into the growth pace of gas demand. Industrials haven’t been switching to gas so quickly, and transport demand hasn’t been rising so quickly. China’s regulated gas prices remain high and oil product prices have fallen,” said Thompson.

Weather has been another factor. Mild winter weather in northern China over the last two years reduced the need for gas heating. “I was in Beijing in April and the temperature was 33 degrees Celsius at one point,” said Thompson.

“But the weakening demand is really due to the economic slowdown,” said Lin.

Beijing expects the Chinese economy to grow by 7 percent this year – the lowest level in more than two decades. This has slashed both industrial activity and power consumption, and in turn reduced gas demand.

China also has some of the highest natural gas prices in the world, after two increases in government-set prices since mid-2013. Average wholesale prices for industrial users are more than four times higher than benchmark gas prices in the United States at present.

Gas is now in danger of pricing itself out of the market. With coal prices at their lowest in years, some power stations and petrochemical factories have been switching back to coal, even though this runs counter to the government policy of encouraging greater gas use to help clean up the environment.

Tapering demand for gas has curbed Chinese imports to some extent. While pipeline flows remain robust, LNG shipments have slowed sharply – just as new export projects in Australia and the United States prepare to flood the global market with new supply over the next two years.

The slowdown has reached some of China’s long-standing LNG suppliers.

Imports from January to April this year paint a bleak outlook. They were down by nearly 5 percent from a year ago, making the first major contraction since China started importing LNG in late 2006.

“Gas demand is soft and China looks oversupplied. While this is likely a short-term phenomenon, it will impact appetite for major new supply deals,” said Thompson.

Some Chinese analysts disagree saying the country will continue to sign up for LNG.

Hu Weiping, the former energy official, said he expects China’s yearly imports to triple to 60 million metric tons by 2020, given only a fraction of its population currently uses gas and there is a clear policy drive towards cleaner fuels.

Building more infrastructure such as pipelines to improve access to gas is the most important factor, according to Gu Anzhong, general secretary of the China LNG Association. “With sound infrastructure, 60 million metric tons is not a problem,” said Gu.

Others are less confident that China’s LNG boom will last. Han Jingkuan, vice president of PetroChina’s Strategic and Research Institute, said imports would rise to 43 million metric tons at most by 2020. 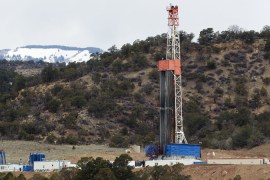 Report finds growing use of natural gas will result in overall rise in emissions rather than the decrease often claimed. 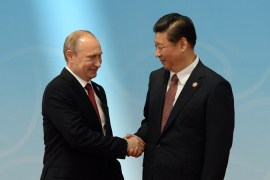 Deal will see Russia supplying 38 billion cubic metres of gas to China each year for 30 years.