By
Donna Bowater and
Priscilla Moraes

Rio de Janeiro, Brazil – Two dirty plastic bags contained the Carnival costume that Claudio da Silva had been working on before he was tortured and killed. In one was a mountain of sparkling stringed beads, in the other, an embroidered red dress.

A transvestite since childhood, Claudio was known both as a 24-year-old man and a samba dancing woman, a regular quick-footed performer with Beija-Flor, Rio de Janeiro’s winning samba school at this year’s Carnival parade.

“My son was an angel, his business was only samba,” his mother, Ângela Maria da Silva, told Al Jazeera, her emaciated frame perched like a bird on the doorstep of the family’s impoverished home in a gang-controlled favela.

“For me, it’s all over now. I don’t have any happiness any more. Sometimes I spend the early hours crying.”

Claudio is one of a growing number of transgender victims in Brazil, a country with the greatest number of murdered trans people in the world, according to research by Transgender Europe.

“Brazil is still the country with the highest absolute numbers,” said Carla LaGata, lead researcher for Transrespect versus Transphobia Worldwide (TvT), and a senior researcher at Transgender Europe.

The number of homophobic and transphobic killings in Brazil increased from 1,023 in 1995, to 1,243 in 2003, according to Brazil’s first gay rights group Grupo Gay da Bahia.

But the numbers, it said, only account for those reported and documented, and the true figures are likely higher, it said.

Unlike many, Claudio’s killing in January made headlines after a video showing him being tortured was posted on Facebook.

In it, bleeding and confused, Claudio begs at least two men to stop hitting him as they draw out a confession to suggest he was working for a militia as an informer.

His body was found stabbed and with six bullet wounds. No one has been arrested for his killing.

“Does it look like he worked for a militia?” Luiz Henrique dos Santos asked, standing in front of his brother-in-law’s former bedroom. A thin foam mattress lay on the concrete floor in a small, windowless room.

The family has no running water and a sheet is all that provides privacy in their open-air house.

“Everyone here knew he wasn’t involved,” Silva said. “When anyone coerces you, you’re going to say things you didn’t do.”

For his family, Claudio’s death has no explanation.

At his beloved Beija-Flor samba school in Nilópolis, in the north of Rio de Janeiro, opinion is divided.

“It must have been discrimination by the people who killed him,” said Carlos Vinícius dos Reis, a doorman at Beija-Flor.

“I don’t believe he was involved with a militia. They forced him to say these things,” he told Al Jazeera.

While those at Beija-Flor emphatically deny being prejudiced against trans people, some admit Claudio and other trans dancers fell somewhere between figures of fun and freaks.

“You have to see a photo of him here on the court, how he dressed, to see how crazy he really was,” Jean Pierre da Silva, 19, a percussionist, said.

“He put on funny clothes, a different wig every day, feathers on his head, crazy make-up – he looks like a children’s clown.”

“Trans people are treated normally,” he insisted. “But there are some who, because they are transgender, think any man on the court likes this. And they think they can run their hands over them, and then there’s a fight.”

According to a report by Transgender Europe, one of the reasons for such high murder rates in Brazil is widespread transphobia that emerged during Brazil’s dictatorship from 1964 to 1985, after president João Goulart was deposed by a military coup.

“Gender-variant/trans people became a target of military repression, as they were seen to pose a threat to ‘Brazilian family morals’,” the report said.

Many transgender people were forced to resort to sex work because they were marginalised and discriminated against in the workplace, and given few other opportunities.

As a result, sex workers make up the largest group of victims of violence in Central and South America, the report said.

While the term “travesti” had previously been associated with popular transgender theatre actors who were publicly accepted, the dictatorship realigned the term with prostitution and crime.

“Military police continued to hunt down gender variant/trans people, now with the support of so-called death squads and vigilante groups,” the report continued.

It is estimated that the life expectancy for trans people in Brazil is about 30, according to Rio-based transgender rights group Transrevolução, while the average Brazilian lives to age 75.

Former minister for human rights, Ideli Salvatti, said LGBT groups blamed a lack of legislation as the main reason for violence against gay and transgender Brazilians, and said the government was working to rectify this.

“A proposed bill to criminalise homophobia and transphobia has the full support of President Dilma Rousseff,” Salvatti told Al Jazeera.

“I am against any form of violence against people. In the specific case of homophobia, I think it’s an offence against Brazil. I think we have to criminalise homophobia, which is not something with which we can live.”

I’m aware my life expectancy is 30 years old and I need someone to protect me.

Salvatti, who recently left her post, added the country’s second centre for LGBT rights would open in São Paulo in the coming months, while the Ministry of Education will now accept students’ social names on the university entrance exam, rather than insisting on birth names.

“We have drawn up public policies aimed at promoting LGBT rights to the population, but it is essential that there is specific legislation,” Salvatti said.

But a local government equality coordinator in Rio, who asked not to be identified, said the homophobia law had been shelved.

“There are many obstacles,” said the public servant, who has been an LGBT activist for 20 years.

“There has never been the political will to vote on it. While there is not a strong and clear public position by our government about the impunity of these crimes, millions of citizens and their families will continue to be at the mercy of this hatred that can hit us at any day.”

Maria Clara Araújo, 18, who was the first black transsexual to go to a federal university in Brazil, said her family’s support was essential not only for helping her achieve her academic ambitions, but also for her safety.

“I don’t think my mother would ever leave me alone,” said Araújo, a pedagogy student at the Federal University of Pernambuco.

“I’m aware my life expectancy is 30 years old and I need someone to protect me. If I didn’t have my mother and father to help me, I’d probably turn to prostitution to support myself.”

She said the reality of transgender people would be different if they were given basic rights.

“If we had homes, jobs, an education, we would not be so prone to [living on the streets]. If families supported them and society gave these girls a chance, they would die less.”

For Claudio, the little money he earned from doing odd jobs for others all was spent on samba, his first love.

In addition to Beija-Flor, his family said he also performed with some of the other biggest schools in the city including Imperatriz, Salgueiro and Mocidade.

“If there’s something he liked more than samba, it hasn’t been invented yet,” said Luiz.

He did not care for making plans, his family added. He went to school, but he didn’t study. “He only thought of today.”

“I used to say to him, ‘save your money’,” his sister Monica told Al Jazeera. 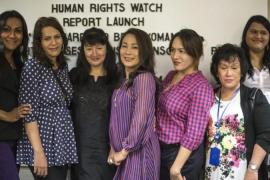 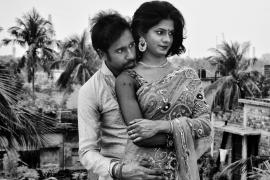 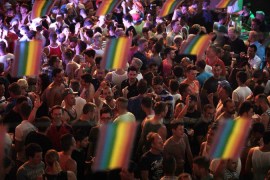