Tokyo, Japan – With an ideological ally in Prime Minister Shinzo Abe, right-wing activists have been emboldened to press forward their agenda not only against the domestic media and many in Japanese society, but also the United States as well.

These activists never completely disappeared after World War II, but for most of Japan’s post-war history they were pushed into a narrow margin well outside the mainstream, which itself largely embraced the pacifist culture enshrined in the Japanese Constitution of 1947.

In recent decades, however, the margin inhabited by the political right has broadened and it is making inroads back into the mainstream. The relative acceptance of a prime minister holding Shinzo Abe’s outspoken views on history and education serves as one point of evidence.

The hottest political flashpoint is the battle over historical memory, especially as it relates to the “comfort women” – the tens of thousands of Asian, Dutch, and Australian women kept captive in war-time “comfort stations” for sexual use by soldiers of the Japanese Imperial Army.

Most Japanese right-wing commentators don’t deny that such comfort stations existed, but they bristle at suggestions the women were kidnapped from their homes, badly mistreated, or were anything other than highly paid prostitutes.

They insist the experience of the comfort women should not be singled out for special criticism, as every other military force in history also had women serving the troops. The Japanese Imperial Army, they contend, acted no differently than all others.

A new development is that Japan’s right-wing activists have now taken their struggle to revise historical understandings into the United States in several forms: by campaigning against local monuments and US textbook descriptions of the “comfort women” experience, and by recruiting American spokesmen to help them spread their views.

One of the boldest actions, carried out not by unofficial activists, but by the Abe government itself, took place last November and December. Japanese diplomats contacted McGraw-Hill publishers in New York and asked them to delete two paragraphs regarding comfort women in the world history textbook Traditions and Encounters: A Global Perspective on the Past.

The US publisher naturally rejected the request, even though it was followed at the end of January by comments made by Prime Minister Abe himself in the Diet, Japan’s parliament.

The Japanese leader said he had read the relevant section of the textbook and was “shocked,” and he bemoaned that previous Japanese governments had “failed to correct the things we should have corrected”.

The McGraw-Hall protest provoked a letter from 20 US-based historians published this month by the American Historical Association.

The historians’ letter asserted that careful research had established that the wartime comfort women’s experience contained “beyond dispute the essential features of a system that amounted to state-sponsored sexual slavery”.

These historians went on to express dismay that “conservative Japanese politicians have deployed legalistic arguments in order to deny state responsibility”, and that “extremists threaten and intimidate journalists and scholars involved in documenting the system and the stories of its victims”.

Japanese right-wing activists have been proving increasingly formidable in terms of the amount of support they can mobilise.

More than 23,000 plaintiffs have signed on for a lawsuit against the centre-left newspaper Asahi Shinbun for allegedly damaging the national honour and causing emotional distress through its coverage of the comfort women issue over the years.

Other lawsuits have been launched, for example, to force the removal of a comfort women monument in a park in Glendale, California.

A handful of conservative US citizens have recently allied with Japan’s political right and have found themselves highly celebrated within these circles as a result.

Perhaps the most high-profile American recruit to the cause is Michael Yon, an award-winning writer and photographer who gained a degree of prominence for his on-the-ground coverage of the US military in Iraq and Afghanistan.

Recently, Yon has become fixated on China, which he describes as a “criminal state” bent on regional and, ultimately, global domination. He views the comfort women issue not as a genuine campaign for justice or the proper recognition of history, but as a strategic “information war” meant to keep Japan divided and weak.

As Yon explained on his Facebook page: “Japan must make a Constitution that is pro-Japan. Japan must be a powerful fish that is far too dangerous for China to try to swallow or push around.

“Ultimately, there will be no peace if Japan is weak. A weak Japan will eventually lead to war.”

This is a message that is highly congenial to the Japanese political right, which holds precisely the same analysis about the nature of China, the need to discard the pacifist constitution, and the strategic imperative that Japan faces in East Asia.

Beyond the handful of idiosyncratic voices such as that of Yon, the overwhelming response that Japanese right-wing activists encounter as they seek to influence the international debate is one of annoyance and hostility, rather than sympathy.

As Koichi Nakano, professor of Sophia University, told Al Jazeera, “negative foreign media [including the US media] coverage of Japan increases each time Abe and his fellow conservatives make a move towards historical revisionism”.

For its part, it is foreign media coverage of their cause that Japanese right-wing activists hold responsible for the negative views of their activities.

As Hideaki Kase, chairman of the Society for the Dissemination of Historical Fact, bluntly told foreign reporters at a February press conference, foreign journalists based in Tokyo are “entirely ignorant about Japan and haven’t studied sufficiently”. 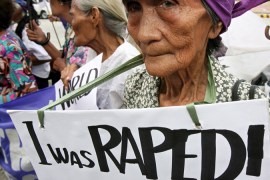 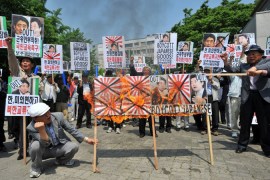 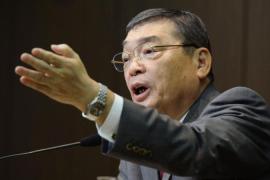 A campaign of intimidation has been launched against Japan’s major liberal and moderate media outlets. 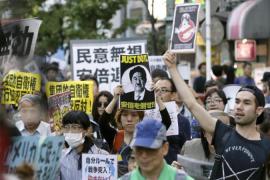 Will Japan’s youth go to war because a pretty girl told them to?

Or has Shinzo Abe finally run out of ideas?