Guwahati, India –  Laila Orang, 24, stands timidly in the small veranda of his mud house, tensing up at each mention of his mother. He hasn’t talked or slept much because he’s worried some night they’ll come banging at his door again – and kill him too.

Laila left home as usual on July 20, bidding goodbye to his mother Purni Orang. He spent the next few hours sowing paddy in the field. When he returned at 12pm, he found his mother by the riverside, her severed head lying centimetres away from her body.

Purni Orang, 63, was dragged from her house by a mob, beaten up, stripped, and beheaded for being a witch.

“I saw them on my way to the field… I even joked with a few of them and asked them what they were up to. They didn’t tell me much. I couldn’t possibly imagine that they were going to kill my mother,” he said.

The killing occurred in No 1 Bhimajuli, a remote village in Assam state, after a self-proclaimed goddess accused Orang of performing black magic and causing disease and death.

The beheading of “a witch” was far from an isolated incident.

According to the Home Commission of Assam, 77 people were killed and 60 injured in witch-hunt attacks in the state between 2010 and February 2015. Of these, 35 of the dead and 46 injured were women.

Last month, Assam passed the Witch Hunting (Prohibition, Prevention and Protection) Bill. The act mandates up to seven years’ imprisonment for branding someone a witch, a sentence that may be extended to life in jail if the person accused of being a witch commits suicide as a result.

While activists say it is a commendable effort, the struggle to eradicate witch-hunting is far from over.

“It is no longer just about superstition, it has turned into an organised crime,” said Dibyajyoti Saikia, a human rights activist with the NGO Brothers. Saikia has fought for an anti-witch-hunting act in Assam since 2010.

India has no federal laws that deal with witch-hunting, though several other states passed such legislation long before Assam.

While the belief in black magic is superstitious, accusations of witchcraft often stem from village rivalry or jealousy.

Often, a conspiracy is hatched by a single person and slowly the entire village is lured in. The person branded a witch is often held responsible for illness, crop failures, property loss, or a natural calamity.

When Lakhyamati Daimari filed a police report against the people who had beaten and banished her after being accused of being a witch, sub-inspector Harish Chandra Borah immediately arrested the accused.

But they were released on bail after a few days.

It turned out to be a conspiracy motivated by jealousy to break the headstrong Daimari, who was president of a local committee, member of a self-help group, and an assistant to a priest.

A month later, following a long meeting with the Brothers organisation and police, Daimari and  her family were safely reconciled with the accused.

“They finally agreed to accept me back on the condition that I withdraw the case. I had to settle with the compromise for the sake of my kids’ future. I hesitantly went to the magistrate and signed the papers,” Daimari said.

The new law takes a stricter line against witch-hunting by making it a non-bailable offence, and police can arrest a suspect without a court warrant.

The act has also made provisions for special courts to fast-track such cases.

“The accused will be punished severely and I believe it will set examples for others with similar intentions,” Borah said.

RELATED: A curse in the family

Dr Natyabir Das, coordinator of the anti-witch hunt organisation Birubala Mission, has been trying to educate villagers against consulting unqualified people who pretend to be doctors. He said people do so because they are poor, uneducated, and lack access to proper healthcare.

Assam’s Health Minister Dr Nazrul Islam said the state has been doing its part in creating better health facilities. But he said many in the region believe diseases are related to evil spirits, not medical science.

However, many parts of the state still lack proper healthcare. In the village of No1 Bhimajuli, the medical centre is closed and covered in moss, only a few metres away from Orang’s house.

Most people in the village refuse to spend money to see a doctor.

The nearest hospital is in the village of Balisang about five kilometres away, but although it is newly constructed, its facilities are minimal.

Most incidents of witch-hunting take place in remote areas inhabited by tribal people. Until recently, a large number of such cases went unreported owing to lack of awareness and access.

Nurul Hussain, officer-in-charge of Missamari police station, recalled a recent witch hunt in an isolated forest village.  Hussain admitted that had the victim not walked to the police station to report the case, he would have not found out about it until much later.

In April, Thilo Boro, 45, was accused of witchcraft and beaten by a mob. Boro later died.

While the beating was taking place, her husband fled to see Gihiskel Basumatri, who administers a number of villages in the area. He immediately reported the incident to police officer Dilip Mili, who arrested four of the accused.

Sitting in his office and flipping through the police record book, Mili was visibly disappointed. He said more people such as Basumatri are required to bring about change.

“The law is extremely important but will fail to eradicate witch-hunting unless the community is involved and made aware,” Basumatri said. 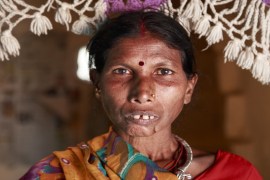 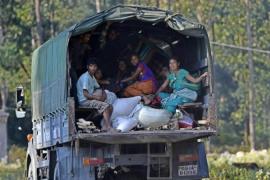 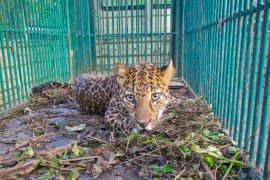 Human-animal conflict leaps up in India

In Assam state, development and habitat loss are forcing wildlife into urban areas.