Kim Jong-il, North Korea’s late president, was a reclusive figure who was often reviled by foreign governments for his oppressive rule and nuclear ambitions.

His personal talents and accomplishments were often exaggerated to surreal and implausible extremes by a state media machine tasked with constructing a cult of personality around him that placed little importance on verifiable facts.

From having his birth prophesied by a swallow to claiming to have invented the hamburger, the questionable legacy left behind by Pyongyang’s spin doctors is one that neither North Korea, nor the world, will soon forget.

According to official state literature, Kim was born in 1942 in a log cabin at a secret base on Mount Paekdu, North Korea’s most sacred mountain.

His birth, believed to have been prophesied by a swallow, ignited a bright star in the sky that immediately changed the season from winter to spring and caused an awe-inspiring double rainbow to appear.

Pyongyang media outlets reported in 1994 that Kim scored a record-breaking 34, or 38 under par, on a regulation 18-hole golf course. To achieve this amazing score, according to reports, he nailed 11 holes-in-one.

Perhaps most impressive, Kim accomplished his eye-popping 34 on his first-ever golf outing. The score was verified by 17 of his bodyguards who were all on hand to congratulate him.

In a tell-all book written by an ex-staffer, Kim is said to have had all members of his administrative staff injected each day with a painkiller that he was prescribed after he was injured falling off a horse.

Kim apparently did not want the risk of becoming addicted to a drug that no one else was hooked on. If he was to become addicted, the story goes, everyone around him would be as well.

According to state media, Kim was regarded as the world’s greatest statesman. Government channels claimed his birthday was celebrated across the globe and nations screened films and held festivals in his honour.

Kim, who refused to admit most foreign foods into North Korea, was a secret fan of international delicacies. He reportedly sent his former Japanese chef, Kenji Fujimoto, around the world to locate fine food and was known to have had a taste for roasted donkey and fresh lobster.

It was rumoured that Kim had all grains of his rice inspected for uniform length and colour. He was also said to be a huge fan of French wine and cognac, spending more than $700,000 per year on brandy.

Kim’s love of Hollywood movies is no secret. He reportedly owned 20,000 films on VHS and DVD, and is believed to have fancied late American actress Elizabeth Taylor.

Kim’s love of movies was so great that he allegedly had South Korean film director Shin Sang-ok and his wife, actress Choi Eun-hee, kidnapped in 1978. The couple was released only after Shin was forced to produce “Pulgasari”, a communist propaganda version of Godzilla.

Rodong Sinmun, a North Korean newspaper, once reported that Kim had become a world renowned fashion icon after his suits – typically khaki pantsuits that zipped down the middle – had become a global style phenomenon.

The article apparently quoted an “unidentified French fashion expert” as saying: “Kim Jong-il mode, which is now spreading expeditiously worldwide, is something unprecedented in the world’s history”.

Kim’s carefully crafted personality cult included the 1992 hit song “No Motherland Without You”, which paid tribute to his great wisdom and strong leadership.

American-style fast food was not welcome in Kim’s North Korea, but the newspaper Minju Joson once reported that the leader had invented his own hamburger-like sandwich called “double bread with meat”.

The culinary innovation was devised to appease poor students in need of healthy food and mass produced by a manufacturing plant Kim had built specifically for the sandwich.

Kim’s image may have been larger than life, but at roughly 5’3″ he was not a large man.

His penchant for platform shoes was widely believed to be linked to a height complex. It was also rumoured that he only hired bodyguards shorter than himself so that he would always appear to be tall.

To rid North Korea’s gene pool of short people, it is said that he had his government distribute pamphlets advertising a wonder drug that would make people taller. Those who responded to the ad were reportedly exiled to a remote island. 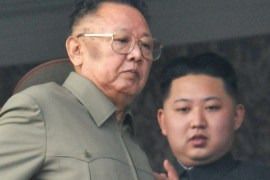 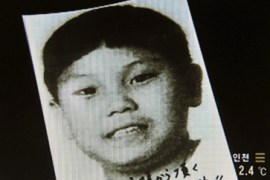 Is Kim Jong-un ready to lead? 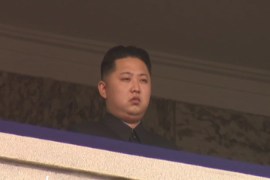