Dr Neelam Singh is on the front line of India’s battle to save its girls.

Modern medical technology – specifically ultrasounds for determining the baby’s sex – coupled with ancient cultural values which give preference to boys, mean that hundreds of thousands of girls are never being born.

“I feel the demand [for abortions] every day,” Singh told Al Jazeera. “Parents say it’s important to have a son in the family. They want to keep their family name. I see this as the most heinous kind of discrimination towards a girl child.”

A gynecologist in Uttar Pradesh, India’s most populous state, Singh has witnessed population growth at a rate of 20 per cent. Out of a population of almost 200 million, men outnumber women by nearly 10 million.

The world’s population will hit seven billion later in October, according to the UN, and the problem of imbalanced gender ratios is getting worse in several regions.

“In India, there is a confluence of factors leading to passive infanticide, active infanticide or sex selective abortion,” Valerie Hudson, a professor of political science at Brigham Young University who studies birth rates, told Al Jazeera.

“Probably the most important is the tradition of dowry [payment to a prospective husband]. Having to marry a girl off may be the equivalent of several years of income for a family. A daughter is often seen as a thief who will rob necessary resources.”

Restrictive property rules, where inheritance is passed from father to son rather than to daughters, male dominated funeral rights and parental hopes that male breadwinners will support them through old age also play a part in skewing demographics, Hudson said.

The world’s largest democracy still fares better than China, where the ratio is 121 men per 100 women. Globally, 163 million girls have gone “missing” from the world’s population due to sex selective abortions in the last thirty years, according to the calculations of Mara Hvistendahl, author of Unnatural Selection.

By 2020, an estimated 15 to 20 per cent of men in some regions of northwest India will lack female counterparts. “In Punjab, there are entire villages with no girls under [age] five,” said Rohini Prabha Pande, an independent demographer who works on gender issues in India. “There are some districts with 700 girls per 1,000 boys,” she told Al Jazeera.

These massive social imbalances could spark a host of social problems.

“When 15 per cent of young adult males in your population will never become head of household or heirs you will alienate these men in ways that cannot be fixed,” Hudson said. Poor men will be the biggest losers in this equation.

“The historical record shows there can be distinct negative impacts on levels of violent crime, riots and rebellion against the state,” when large groups of single young men are alienated and lack family commitments, according to Hudson.

The lack of women is being felt by bachelors, policy makers and women’s rights activists across Asia. By 2020, China could be home to 40 million bachelors who won’t be able to find mates.

“North Korea’s largest export is women across their northern border with China,” Hudson said, noting that the ruling communist party is particularly worried about prospects for unrest from angry, unmarried men.

Governments will likely funnel bachelors into the military, she said.

While prospects for conflict are unclear, other problems including human trafficking, prostitution and polyandry – men (usually relatives) sharing a wife – are certain to get worse.

Governments are, however, trying to address the problem.

After India’s 1991 census, a prolonged campaign by women’s rights activists over the skewed child sex ratio led to the enactment of the Pre-Natal Diagnostic Techniques Act in 1994.

“Technology allowing families to detect the sex of a foetus at an early stage and plan for an abortion has been banned,” said Mohammed Asif, director of programme implementation with Plan India, an NGO which lobbies to save baby girls.

“The government’s law is stringent, but people have been trying to work around it, going to far away clinics and giving fake addresses. Loopholes have been exploited and a key strategy would be to take action against illegal ultra sound clinics,” Asif told Al Jazeera.

Other researchers don’t think legal changes are the best way to improve the situation. If cultural values discourage against having girls, families can find other ways of getting rid of them without advanced screening techniques.

“Ultra sound technology is just the latest wave to select a son preference,” Pande said. “In rural Uttar Pradesh and Bihar, you see a fairly balanced sex ratio at birth. But when you look at what is happening between birth and age six, they resort to traditional means of neglecting girl children. They are less likely to be immunised, less likely to be taken to a health centre and more likely to be chronically malnourished.”

No cure in education

“You have a much greater chance of survival as a girl baby if born to a poor family, rather than a rich family,” Hudson said. “Richer families have more assets which could be put in jeopardy by girls due to dowry payments,” she said, adding that wealthy groups worry about having their family name tarnished if their daughter marries from a lower class.

While national trends are cause for concern, the situation is improving in some areas. “Tamil Nadu is one of the few states where we have seen an improvement,” said Sharada Srinivasan, a professor of gender studies at York University in Canada.

In addition to counselling, and the creation of self-help groups for women, the southern state is using the carrot and the stick approach. “The government has created a massive cash transfer programme” to entice parents to keep baby girls, Srinivasan told Al Jazeera. Parents who commit infanticide are increasingly being prosecuted for homicide, she said.

Tamil Nadu also hosts some of India’s new outsourcing and information technology and these post-industrial jobs could improve women’s rights. “Before, women’s work was either at home or on the farm,” Plan India’s Asif said. “With globalisation, girls are now picking up jobs in banking, manufacturing and hi-tech. This is creating a lot of buzz in the family to start considering girls.”

While cash incentives, laws against gender selective ultrasounds, harsh punishments and economic changes all play a role, changing deeply ingrained social values is arguably the most important issue, and the most difficult.

Some communities in Punjab and elsewhere are taking collective pledges not to kill or abort girls, considering the practice a source of shame and an example of backwardness. This is where government policy ends and grassroots action begins.

“There is no way you can tax patriarchy,” Srinivasan said. “Public action has a role to play in changing social norms. History is full of examples of this.” 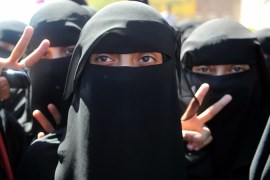 The price of oppressing your women

A recent Newsweek article listed the best and worst places to be a woman, and explained the disadvantages of oppression. 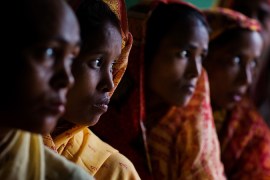 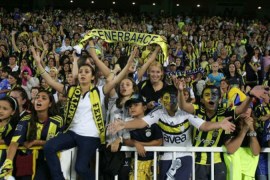 Why women can be used to teach men a lesson

The Turkish FA has come up with a unique way to tackle crowd disturbances and no men are allowed.