In his latest military intervention overseas, US President Barack Obama announced Friday that he is dispatching about 100 “combat-equipped” military personnel to East Africa to help track the fugitive Lord’s Resistance Army (LRA) and its top commanders.

“These forces will act as advisers to partner forces that have the goal of removing from the battlefield Joseph Kony and other senior leadership of the LRA,” he wrote in a letter submitted to the Congressional leadership and released by the White House.

“Subject to approval of each respective host nation, elements of these US forces will deploy into Uganda, South Sudan, the Central African Republic (CAR) and the Democratic Republic of the Congo (DRC),” according to the letter, which noted that an initial team was deployed to Uganda Wednesday.

“(A)lthough the US forces are combat equipped,” it stressed, “they will only be providing information, advice, and assistance to partner nation forces, and they will not themselves engage LRA forces unless necessary for their self-defense.”

The announcement was hailed by some human rights groups that have lobbied for a greater US role against the LRA, whose leader, Kony, and four other commanders were indicted by the International Criminal Court on charges of war crimes and crimes against humanity in 2005.

The group, which first emerged in northern Uganda in the late 1980s, is held responsible for at least 30,000 deaths and the displacement of some two million people in the region and in the border areas of its neighbours. It is also notorious for abducting and forcibly recruiting children into its ranks, hacking limbs off its victims, and mass rape.

“By deploying these advisers today, President Obama is showing decisive leadership to help regional governments finally bring an end to the LRA’s mass atrocities,” said Paul Ronan, director of advocacy at Resolve, a conflict resolution organisation. “These advisers can make a positive difference on the ground by keeping civilians safe and improving military operations to apprehend the LRA’s top commanders.”

The move appears to mark another victory for “humanitarian intervention” advocates within the administration, notably Samantha Power in the National Security Council and Washington’s chief envoy at the United Nations, Susan Rice. Their last victory, which has not yet concluded, was the US and NATO intervention in Libya last March.

In that case, the UN Security Council authorised the enforcement of a “no-fly” zone over the country in order to protect civilians from the military and security forces of Libyan leader Muammar Gaddafi. Washington and its NATO allies, however, interpreted that mandate broadly, as their forces effectively became – and remain today – the air wing of rebel forces that have taken over almost all of the country.

The deployment of US military advisers, who will consist mostly of Special Operations Forces (SOF), is considerably more modest in scale. Unlike in the Libya case, Congress has expressed support for US efforts to “protect civilians from the (LRA), to apprehend or remove Joseph Kony and his top commanders from the battlefield in the continued absence of a negotiated solution and to disarm and demobilise the remaining LRA fighters,” in the words of the LRA Disarmament and Northern Uganda Recovery Act of 2009. This legislation was approved with overwhelming support from both Republican and Democratic lawmakers in Congress and signed into law in May 2010.

“I applaud our nation’s military for making this a priority and taking the steps outlined in our legislation that will eventually protect the children and people from Joseph Kony’s reign of terror,” one of the Act’s main sponsors Republican Sen James Inhofe said Friday. “I have witnessed firsthand the devastation caused by the LRA, and this will help end Kony’s heinous acts that have created a human rights crisis in Africa.”

Under both Obama and his predecessor, George W Bush, Washington has provided “non-lethal” and logistical support to the Ugandan army in its efforts to subdue the LRA. The aid increased when Kony failed twice to sign a peace accord in 2008. Since 2008, Washington has provided over 40 million dollars in military assistance to regional armies fighting the LRA.

In December 2008, the Ugandan, DRC and southern Sudanese armies launched “Operation Lightning Thunder”, a joint effort backed by US intelligence and logistical support provided by Washington’s newly created Africa Command (AfriCom) to track down Kony and his armed followers.

Kony and much of his army escaped, however, and responded later that month by carrying out their own attacks against defenceless villages and civilians in the DRC and southern Sudan, killing nearly 1,000 people and forcing as many as 1.8 million others to flee their homes, according to human rights monitors.

Under the Act, Washington has also provided a significant amount of humanitarian assistance to the LRA-affected region – more than $18m dollars in 2011 alone, according to the State Department.

In his letter to Congress, Obama noted that efforts to subdue the LRA, which is currently believed to have dwindled to between 300 and 400 fighters, have not succeeded. Analysts blame, among other things, poor intelligence and a lack of co-ordination between national armies, and the withdrawal of significant numbers of Ugandan troops, who are considered the most effective in the region, from the hunt.

“If part of a larger multi-national strategy, the deployment of US advisers can help play a catalytic role,” said John Prendergast, co-founder of the Enough Project, an anti-genocide group focused on East Africa and the Horn. “Missing elements include more capable forces dedicated to the apprehension of Joseph Kony and protection of civilians, and an intelligence and logistics surge from the US to help those forces succeed.”

“It’s also critical that the deployment of US advisers be matched by intensified US diplomatic efforts to get regional governments, especially Congo and Uganda, to quit squabbling and start co-operating,” noted Ronan.

In some respects, the current deployment resembles the mission undertaken against the guerrilla group Abu Sayyaf by US SOF advisers in the southern Philippines shortly after the 9/11 attacks in 2001. According to the Bush administration, Abu Sayyaf was affiliated with al-Qaeda.

That mission, the first US military deployment in the Philippines since Clark Air Base was closed in 1991, continues to this day but is nonetheless considered a success by Washington, which has since significantly expanded military ties with Manila over the past decade.

Administration officials assured reporters here Friday that the new mission in East Africa is unlikely to last more than a few months. 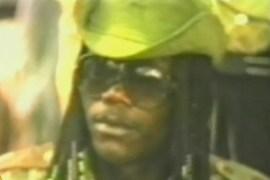 Uganda: US help against rebels overdue

The new US military assistance against violent armed group is welcomed, but for many, it came too late.