The world’s largest crude exporter saw oil revenue rise 38% in the period from April to June compared to the same period last year, while non-oil revenue tripled, reaching 116 billion riyals, according to a finance ministry statement.

That was largely driven by increased tax revenue after the government tripled value-added tax to 15% last July – and the comparison with a low base during last year’s lock-down. Spending remained restrained, at around 253 billion riyals.

Higher oil prices are giving Saudi Arabia’s public finances a boost after last year’s crisis sent its budget deficit soaring to nearly 300 billion riyals. Officials aim to slash that figure to 141 billion riyals in 2021, targeting a deficit of around 5% of gross domestic product. But so far they’re set to significantly beat that goal, accumulating a deficit of just 12 billion riyals in the first half of the year as they keep spending under their target — with capital expenditures down 36% in the first half compared to the same period last year.

“We expect the deficit will slide to 62 billion riyals for the full year,” said Mazen Al-Sudairi, head of research at Al Rajhi Capital, adding that the gap would be “supported by oil revenue that benefited from the market recovery.”

The government also borrowed far more than it needed in the first six months of the year, raising almost $14 billion from a mixture of local and international investors, outstripping the $3.2 billion deficit. That excess borrowing would be used to fill the financing needs in the second half, the Finance Ministry said.

Other figures from the report include: 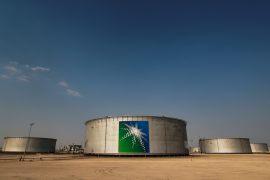 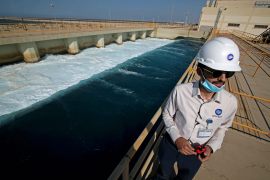 The disruption, blamed on the coronavirus pandemic, is seen as a setback to the kingdom’s privatisation plans. 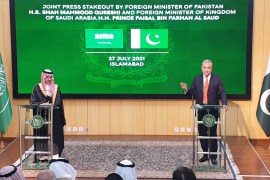 Economy, regional security and issues faced by Pakistani diaspora were on agenda in talks between the two officials. 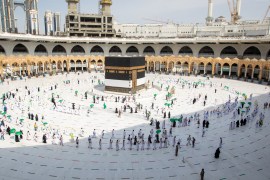