The Tokyo Paralympic Games kick off on Tuesday, and like the Olympic Games before them, will feature events taking place with no spectators in the stands due to the ongoing coronavirus pandemic.

It’s estimated that Japan spent more than $15bn preparing for the Olympics over the past decade — double initial estimates — all for games that almost no one was able to attend.

Yet even that hefty bill doesn’t factor in the true cost of hosting the games, activists say.

While international audiences are treated to gorgeous aerial views of the Olympics every four years, the residents of the cities where the games are hosted are largely left out of the picture. Instead, they’re the ones typically left to deal with the debt, gentrification, and displacement that can come with the Olympic torch.

Tokyo is no exception, said Christopher Gaffney, a clinical associate professor at New York University’s Tisch Center for Hospitality whose research focuses on the intersection of urban studies and sports mega-events.

“You have these flyover [shots] that look good,” Gaffney told Al Jazeera. “They stimulate the appetite for tourists and investors, but they hide the structural violence inherent to rapid urban development in the service of an elite sporting project.”

Hundreds of Tokyo households were relocated to make way for the Olympics, including some residents who had been previously displaced for the 1964 Games in Tokyo.

A sudden decision to demolish a public housing estate near the national stadium pushed out hundreds of residents, most of whom were elderly, to make way for new, high-rise condominiums.

“In specific areas of the city, we could really see that there were gentrification pressures under way,” Gaffney explained.

Unhoused people were forced to leave parks in the area as well.

Many of these displacements were taken in order to beautify the city for tourists, which makes them particularly difficult to swallow, considering those tourists never came.

The Olympic hangover, a periodic trend

These stories of displacement are common among residents of nearly every city that has hosted the Olympics.

Some 720,000 people were displaced in Seoul, South Korea ahead of the 1988 Games, according to a 2007 report by the Geneva-based Centre on Housing Rights and Evictions (COHRE).

The United States city of Atlanta, Georgia demolished several public housing projects that were home to thousands of families before it hosted the Olympics in 1996 and issued some 9,000 arrest citations to homeless people, the report found.

And in the run-up to the 2008 Games in Beijing, China, COHRE found more than 1.25 million people had been displaced.

These ghosts of Olympics past can offer some insight into the long-term impact of these displacements. The 2016 games in Rio de Janeiro in Brazil, for example, have become infamous for their effects on the host community.

Theresa Williamson is a Brazilian urban planner and founding executive director of Catalytic Communities, a non-profit that works to support Rio’s low-income neighbourhoods, known as favelas.

Williamson said Rio’s residents were initially optimistic about what the Games might do for the city’s economy, environment and reputation.

“That was even in the city’s favelas because the government announced programmes to theoretically upgrade all the city’s favelas by 2020,” Williamson told Al Jazeera. “They announced the cleaning of Guanabara Bay, which is heavily polluted. They were going to plant 24 million trees to offset the carbon from the Games.”

Ahead of 2016, Rio’s mayor ordered residents be removed from many of the city’s favelas.

Vila Autodromo was one of the most prominent ones, home to 600 residents near the Olympic Park.

The mayor claimed the favela posed environmental and aesthetic problems, and by 2015, nearly 90 percent of the favela’s residents saw their homes bulldozed to finish construction of the park, according to a case study published in the Global Nonviolent Action Database maintained by Swarthmore College.

Across the city, thousands of people were displaced for the Olympics, with some offered public housing hours away. Five years later, the impact remains.

“I think it’s a permanent stain on the city, especially in low-income communities,” said Williamson. “People were almost universally sent to worse outcomes.”

“Inequality was exacerbated in a city that’s already infamous for its inequality,” she added.

Given these concerns, it’s no surprise that more and more residents of potential host cities are mounting campaigns to keep the Olympics out of their hometowns.

Almaty, Kazakhstan and Beijing were only two bidders for the upcoming 2022 Winter Games, after three of the other candidates — Oslo, Norway, Krakow, Poland and Lviv, Ukraine — dropped out in part due to concerns over cost.

In Los Angeles, which is due to host the 2028 Summer Olympics, a movement called NOlympics LA has been gaining momentum since its founding in 2017.

We formed with a bunch of people organising around housing and homelessness, gentrification and policing,” Jonny Coleman, one of the group’s volunteers, told Al Jazeera.

These are all problems Los Angeles has struggled with for a long time, and NOlympics LA organisers say they tend to get worse when a city hosts the Games.

Supporters of the Games say Los Angeles should be an exception to the host-city hangover trend, because it already has some of the infrastructure to host.

Los Angeles was home to the Olympics in 1932 and 1984, with the latter being touted as one of the only profitable Games for a host city in modern history.

But, Coleman said, “when we talk about Olympic profit, it’s always profit for who, because the majority of that went to the [Olympic organisation] as it always does.”

Should the Olympics continue?

In light of all these issues, are the Olympic Games worth it? Gaffney argues no.

“Olympic boosters will say, ‘Well, it brings together a global community. We really need this to understand our shared humanity and to feel good about ourselves as a species.’ And that seems like a pretty hollow argument to me,” he said.

“If we took even a small slice of the resources that we dedicate towards elite sport and put that towards solving issues of homelessness or clean water or funding new energy, that would be celebrating our shared humanity in a much better way,” he said.

Williamson directs her criticism not at the Olympics as an institution, but at the leaders of the host cities themselves.

“I honestly think that if a city is bidding for the games, we need to rethink the people running our cities,” Williamson said. “There’s no reason for a city leader who actually wants to improve the quality of life for the majority of their people to bid for the games. The benefits will not come to those people.”

“It is possible to stop a bid,” she added. “It’s a lot harder to stop an Olympics from happening or to stop the consequences.” 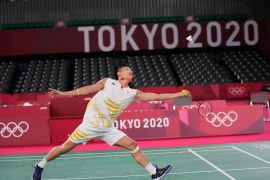 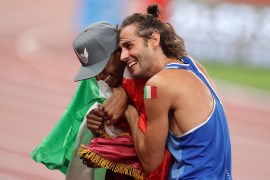 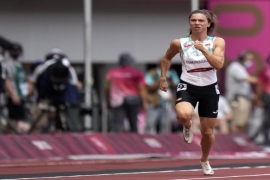 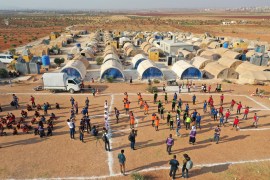