Huawei Technologies Co. Chief Financial Officer Meng Wanzhou is poised to spend a few more months under house arrest in her fight to avoid extradition from Canada to the New York in a criminal case that has strained U.S.-China relations.

While the matter already has dragged on more than two years, her lawyers on Monday asked the Supreme Court of British Columbia to put proceedings on hold until August to give them time to examine documents from Huawei’s bank, HSBC Bank Plc, that have just been released by order of a court in Hong Kong.

These documents “could be of great value to the final decision in this case,” Meng lawyer Richard Peck said in court. “We have all worked hard and effectively to present a complex case to you but we now reach this point where we need a bit of time.”

Peck also argued that it’s a “propitious time” for a postponement because British Columbia and Ontario, where lawyers from both sides reside, are currently hot spots in the coronavirus pandemic’s third wave.

Prosecutors urged Associate Chief Justice Heather Holmes to deny the request for a delay, saying the defense team doesn’t know what’s in the documents or when all of them will arrive. “They are asking once again to have this court turn into a trial court,” Canadian government lawyer Robert Frater said.

Meng was arrested in Vancouver in December 2018 while changing planes en route from Hong Kong to Mexico. U.S. officials accuse her of fraudulently misleading HSBC about the nature of Huawei’s relationship to Skycom, an indirect subsidiary that did business in Iran in violation of U.S. sanctions.

Meng’s legal team has divided its arguments for denying the extradition request into four branches.

Three have already been presented: that due process in the case had been subverted by political maneuvering, that Canadian authorities abused the process in detaining Meng, and that the U.S. didn’t have jurisdiction to bring the request in the first place.

The final set of arguments, which were previously scheduled to begin April 26, involved whether U.S. officials misled their Canadian counterparts in the request. 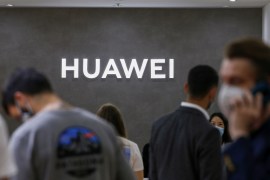 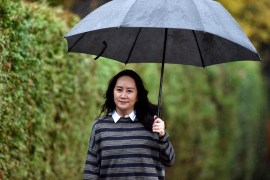 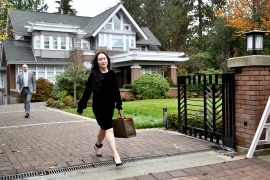 Extradition of Meng Wanzhou, who was arrested in Canada two years ago, has strained ties with China. 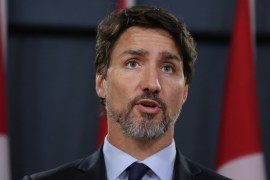