A fragile recovery in Asian aviation is being snuffed out by a resurgence of Covid-19 in the region, pushing back forecasts for when air travel will get back to pre-virus levels and weighing on jet fuel margins.

Chinese seat capacity on domestic and international flights has fallen more than 20% from the end of September, when it almost got back to January 2020 levels, according to OAG Aviation, a flight data and analytics provider. People are being encouraged not to travel over the Lunar New Year period, which runs through early March, suggesting capacity may not rise until late this quarter.

The rapid rebound in Chinese aviation had been a rare bright spot for jet fuel, which has taken the biggest hit among oil products from the pandemic. The drop in flights is more bad news for Asian refiners that are also struggling with weakening demand for other transport fuels. It’s been offset, however, by increased consumption of kerosene due to a colder-than-normal winter.

“The depth of the latest Covid-19 spike, its impact on aviation and subsequent consumer demand suggests that the hoped for recovery toward the back end of 2021 may not be as strong as expected,” said Mayur Patel, head of Asia at OAG Aviation. A full recovery in Asian air travel may now take until 2025, instead of the company’s previous forecast of 2024, he said.

China’s transport ministry has said the total number of trips — by air, road and rail — over the LNY period will be 40% lower than 2019. Seat capacity was 98% of January 2020 levels at the end of September, just before the Golden Week holiday, the OAG data show, before falling to 77% in late January.

While the recovery in flights wasn’t as strong in other Asian nations, it’s also gone into reverse. Thailand and Malaysia — particularly dependent on tourism — are among the hardest-hit markets. Thai seat capacity is at 13% of pre-virus levels after getting back to 46% in late-December, according to OAG. Malaysia, which reached 31% of pre-pandemic seat capacity late last year, is at 11%.

Malaysia placed most of the country under some form of lockdown last month and officials will decide whether to extend it on Thursday. There are no immediate signs of a recovery in flights in Thailand and Malaysia and there’s concern over the long-term viability of domestic airlines. OAG’s Patel said.

Asian jet fuel margins are reflecting the drop in activity. They fell below $3 a barrel last week after peaking at $5.52 late last year, Bloomberg Fair Value data show. They had recovered to $4.80 on Wednesday.

European flight activity looks worse than China, although better than Thailand and Malaysia. Air traffic will be 72% below 2019 levels in February and March, according to the most optimistic estimate from Eurocontrol.

Covid-19’s comeback has seen Asian governments delay plans to allow more air travel between countries, with a planned link between Singapore and Hong Kong called off late last year as cases spiked in the Chinese territory. Vaccination rollouts are expected to drive a gradual increase in flights, however, and corridors for business travelers could open up in the region.

“The resurgence has put paid to the initiation of travel bubbles across the region,” said Subhas Menon, director general of the Association of Asia Pacific Airlines. “What is worse is the seemingly haphazard and incoherent introduction of stricter control regimes affecting air travel.” 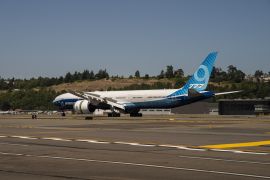 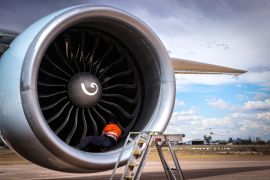 Insurers are asking airlines whether they are carrying out extra training for pilots after pandemic-induced groundings. 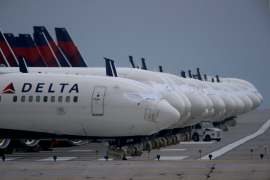 Delta experienced the largest annual loss in its history as the pandemic slammed the brakes on a decade of profit. 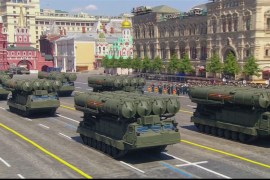 Russia is following the US by pulling out of the aerial surveillance pact.