Canada’s stimulus plan is valued at $100 billion Canadian dollars ($79bn) – and justified by the economic hole caused by the COVID-19 pandemic, government sources told Reuters news agency, as analysts warned Ottawa against racking up too much debt and making investments that fail to boost growth.

The International Monetary Fund fired a shot across the bow of sorts last week when it said Canada’s fiscal risks had risen and that unjustified further spending could “weaken the credibility of the fiscal framework”. Canada’s Liberal Party government plans to roll out the stimulus over three years.

“We are far from overheating and the greater crime would be not to do enough, and 2008 is a great example of that,” a senior government source told Reuters news on condition of anonymity.

Canada’s economy has shed 858,000 jobs since the start of the pandemic, above a peak of 426,000 lost jobs during the 2008-2009 global financial crisis, according to Statistics Canada. The Bank of Canada, which has cut its benchmark interest rate to near zero to counter the economic fallout, doesn’t expect the labour market slack to be absorbed until 2023.

Without the stimulus, “we run the risk of a lost generation of young people, or women who are not able to get fully back into the workforce”, said a second government source who also spoke on condition of anonymity.

The details of the stimulus have yet to be finalised, but Ottawa sees the spending split into two buckets: pandemic-related economic support and measures to bolster Canada’s economic potential, such as investments in infrastructure, childcare and other target areas, as a vaccine programme unfolds.

“There would be some reasons to be concerned about Canada’s long-term economic potential if the government did not pivot toward a more investment-focused programme,” said Stephen Brown, senior Canada economist at Capital Economics.

“As conditions start to normalise, the case grows for much more targeted measures.”

The stimulus will be included in the 2021-2022 budget, likely to be presented in March or April. Prime Minister Justin Trudeau, who leads a minority government that depends on the opposition to pass legislation, is expected to call a possible snap election later this year.

Trudeau’s government values the stimulus package at between three and four percent of gross domestic product (GDP), which is in line with aid provided by some of Canada’s European peers, but much less than United States President Joe Biden’s proposed $1.9 trillion relief package. Biden’s plan is valued at about nine percent of US GDP.

Still, the additional spending will swell Canada’s debt load. The Conference Board of Canada estimates the combined net debt of the federal and provincial governments will increase to 95 percent of GDP by 2023-2024, a level not seen since the early 1990s.

Fitch Ratings, which stripped Canada of one of its coveted triple-A credit ratings last June, said the stimulus plan could intensify the scrutiny of its fiscal health.

“The view that microscopic interest rates will bail you out as a big spender and borrower has often in the past just sown the seeds of a fiscal crisis down the road,” said David Rosenberg, chief economist and strategist at Rosenberg Research. 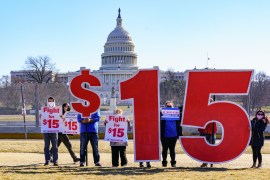 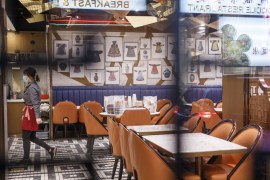 Food trucks, bars and taverns were hit the hardest by lockdowns and restrictions, with sales dropping 48 percent. 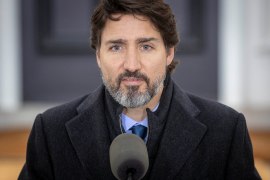 Move could cause ire among ‘snowbirds’ – Canadians who spend colder months in warmer climates. 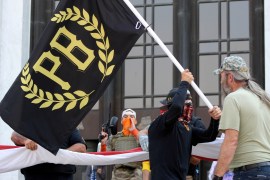