The European Union’s top diplomat has accused Russia of using natural gas to bully neighbouring Moldova in remarks that are likely to worsen simmering tensions between Moscow and the bloc.

Thursday’s comments by Josep Borrell came after several days of heated dispute between Chisinau and Moscow over the energy supply issue, which initially flared up at the end of September when Moldova’s contract with Russia’s state-owned gas company Gazprom expired.

Russia had supplied all of Moldova’s natural gas until then, but efforts to clinch a renewed deal fell through when Gazprom proposed a price rise and Moldova baulked at paying the increased rate.

Moldovan officials have continued to negotiate with the Russian gas giant and said they would like to sign a new long-term contract with Gazprom, provided it is affordable.

Gazprom has meanwhile demanded that Moldova, one of Europe’s poorest countries, settle outstanding debts of as much as $709m in the absence of a new deal. The company has warned it would cut Moldova’s gas supply on December 1 if payment was not received.

The Kremlin, for its part, has dismissed suggestions it is manipulating the situation in order to wield political influence over the former Soviet nation, which is currently ruled by the pro-Western government of President Maia Sandu.

‘Weaponisation of the gas supply’

But Borrell rejected that claim, suggesting the price increase proposed by Gazprom was a “consequence of weaponisation of the gas supply” by Moscow.

Speaking at a news conference alongside Moldova’s Prime Minister Natalia Gavrilita in Brussels, he said that the situation’s “political characteristics” had to be taken into account, though he did not offer any detailed evidence of Russian pressure.

“It’s a sharp (price) increase which was related with political problems, which requires our support,” Borrell said, referring to a 60 million euro ($70m) grant from the EU to help Moldova with its energy crisis agreed this week.

“This will go to the most vulnerable Moldovan people,” he said.

The continuing dispute with Gazprom prompted Chisinau to turn to a non-Russian natural gas supplier for the first time earlier this week, in a move aimed at diversifying its energy supply following years of strong Russian influence over the nation of 2.6 million people.

The deal saw Moldova receive a million cubic metres (35.3 million cubic feet) of gas from Polish supplier PGNiG on Tuesday, a week after the country’s parliament declared a 30-day state of emergency when Gazprom slashed its gas supply by about a third.

Moldova’s foreign ministry said on Monday that it needs to keep the flow of gas “at an acceptable level” to “ensure the energy security of the country”.

But Kremlin spokesman Dmitry Peskov scoffed at the news of Moldova opting to other gas suppliers, noting that those shipments would be costlier than the Russian gas.

He also denied there were any “political issues” connected with the energy dispute.

“There is a demand for gas, there is a commercial offer along with a discount offer and the problem of accumulated debt. All that is of purely commercial character and there is no politicisation here,” Peskov said in a conference call with reporters on Wednesday.

Gazprom spokesman Sergei Kupriyanov meanwhile said the company “can’t work to make losses” and that “Moldova is provoking a crisis with its own hands”. 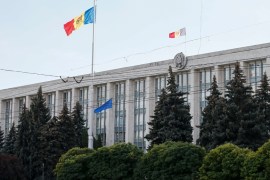 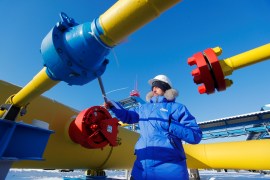 China, Europe and India are all looking to Russia to help alleviate energy shortages. 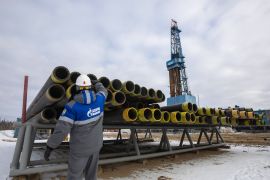