Following reports that Amazon had sent an email to employees on Friday telling them to delete the popular video app TikTok from phones they use to access Amazon email, the online giant issued a statement late on Friday saying the memo had been sent by mistake.

“This morning’s email to some of our employees was sent in error. There is no change to our policies right now with regard to TikTok,” Amazon said in a statement.

The email, which was seen by several news organisations and quoted on social media, reportedly told employees: “Due to security risk, the TikTok app is no longer permitted on mobile devices that access Amazon email. If you have TikTok on your device, you must remove it by 10-Jul to retain mobile access to Amazon email. At this time, using TikTok from your Amazon laptop browser is allowed.”

TikTok is owned by China’s ByteDance Ltd. The social media platform – which is hugely popular with young Gen Z users – has become a lightning rod for national security concerns as tensions between Washington and Beijing strain over trade, Hong Kong and the coronavirus pandemic. 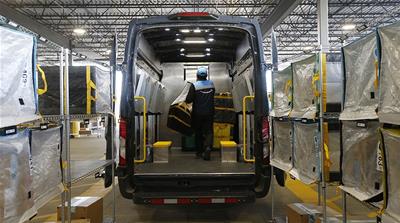 TikTok has repeatedly said it does not pose a threat to national security and has redoubled efforts lately to distance itself from its Chinese roots.

In an interview with Fox News on Monday, US Secretary of State Mike Pompeo said the US is looking into banning TikTok and other Chinese apps and warned that if users downloaded TikTok their private information would be “in the hands of the Chinese Communist Party”.

A US national security agency has been reviewing ByteDance’s purchase of TikTok’s precursor, Musical.ly and US military branches have banned the app from government-issued phones.

Privacy groups have also said that TikTok has been violating children’s privacy, even after the Federal Trade Commission fined the company in 2019 for collecting personal information from children without their parents’ consent.

Concerns about China are not limited to the US.

India this month banned 59 of Chinese apps, including TikTok, amid mounting tensions between the two countries. India, one of TikTok’s biggest markets, cited privacy concerns that threatened India’s sovereignty and security for the ban.