The coronavirus outbreak threatens to plunge both France and Italy into recession, and the ripples from a prolonged outbreak could incite a “vicious” spiral of declining markets, European finance ministers have been warned.

“A longer and more widespread epidemic could have a disproportionate negative impact through uncertainty and financial-market channels,” according to a European Commission briefing note on the economic impact, seen by Bloomberg. “Cascading effects could stem from liquidity shortages in firms that have to stop production, amplified and spread out by financial markets.”‘ 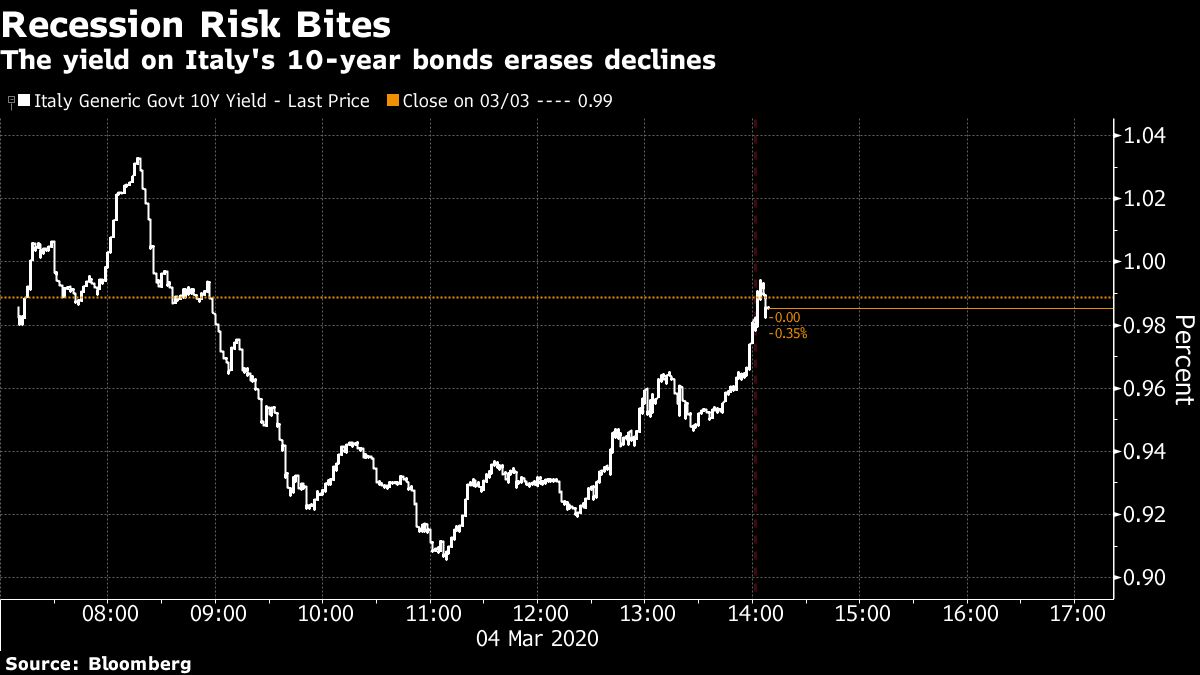 The briefing paper for the region’s finance ministers provided the basis for a call between them on Wednesday to discuss their collective responses. They spoke a day after the Group of Seven stopped short of coordinated action to support economies, and the U.S. Federal Reserve sprung a surprise 50 basis point interest-rate cut.

“We will coordinate our responses and stand ready to use all appropriate policy tools to achieve strong, sustainable growth and to safeguard against further materialization of downside risks,” Portuguese Finance Minister Mario Centeno, who chairs the so-called Eurogroup of his counterparts from the currency bloc, said after the call. “We are prepared to take further policy action. This includes fiscal measures — where appropriate, as they may be needed to support growth.”

That wording is likely to have required negotiation between ministers who aren’t all in agreement about the deployment of budget stimulus. Germany, with the region’s most potent fiscal firepower after successive years of surpluses, is reluctant to take on more debt.

The Commission’s briefing for finance ministers laid out a sobering scenario for European Union governments to ponder as production disruptions from the epidemic worsen, travel is restricted, and Italy announced the closure of its schools for two weeks. 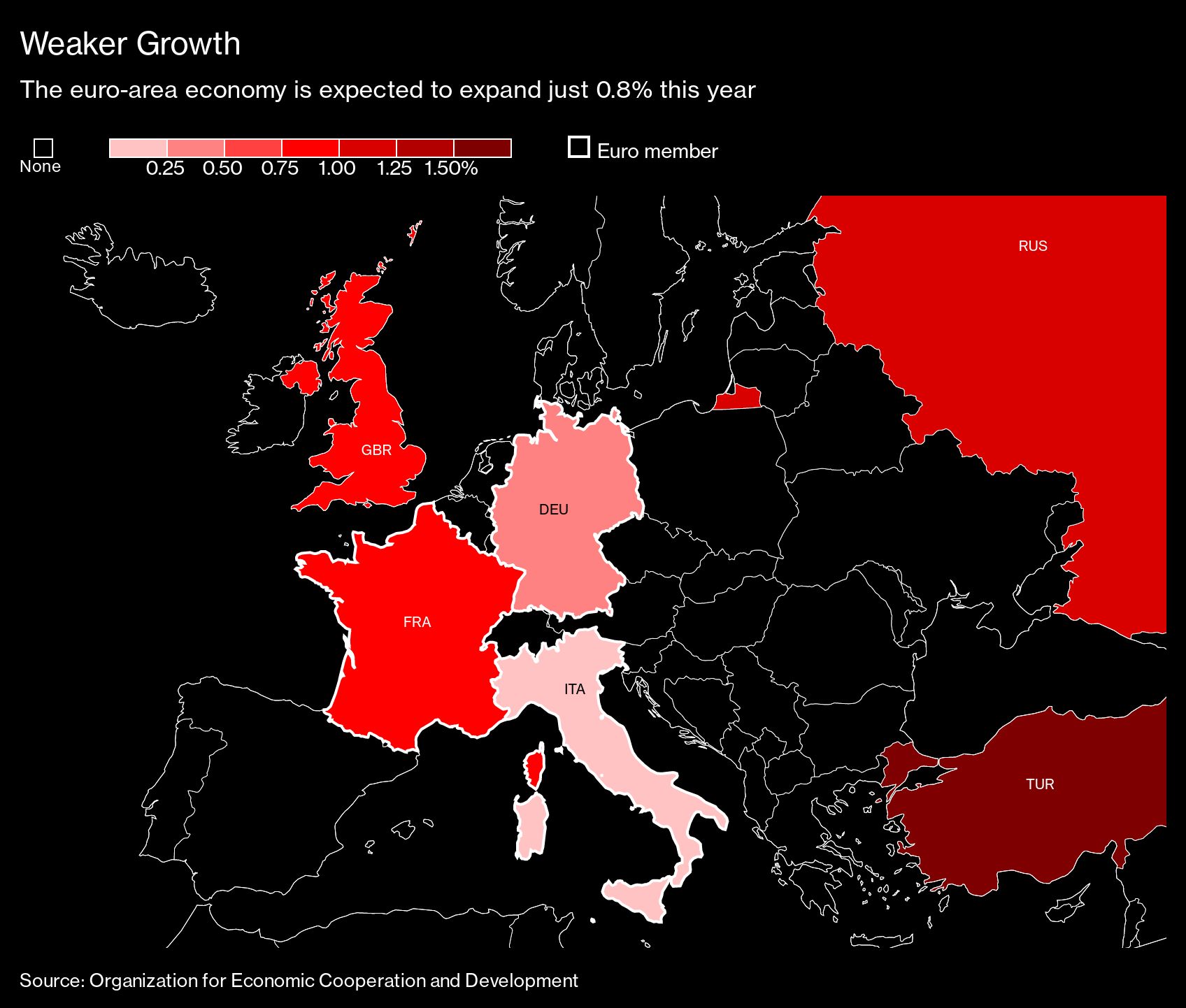 “Non-performing loans, especially of leveraged companies operating on a tight cash flow may increase, especially if this persists for more than three months,” the document said. “A general decline in the value of assets on banks’ balance sheets may trigger a vicious sovereign-bank loop. Other likely indirect effects include for example the impact of the stock market correction on wealth and consumption.”

Imagining such an outcome might be painfully reminiscent for finance officials in the euro region, which faced a sovereign-debt crisis within the past decade that crippled banks and threatened the integrity of their single currency.

France and Italy could suffer a technical recession, or two straight quarters of contraction in the first quarter, after both saw their economies shrink at the end of last year, the Commission document warned. Transport, travel and tourism are the most-affected areas of the region’s economy at present, with the retail and wholesale trades, culture, entertainment and real estate services also suffering.

“Latest developments suggest that the assumptions of a V-shaped recovery after the first quarter, and limited spillovers outside China, may need to be revisited,” officials warned.