Mumbai, India – Standing behind the counter of what is widely acknowledged as India’s oldest sports shop, fourth-generation owner Manohar Wagle reflects on how the COVID-19 pandemic finally forced his family’s 155-year old business to enter the 21st century.

“People are so hesitant to leave their homes and want to do everything online now, even if stores like ours are open again,” the 62-year-old proprietor told Al Jazeera. “We had to respond to that”.

Wagle now spends much of his day speaking with customers on WhatsApp, sharing pictures of his stock and initiating online transactions through GooglePay.

In India, the continuing struggle to contain the world’s second-largest coronavirus outbreak has crushed demand, upended supply chains and transformed consumer habits. To survive the changed landscape and uncertainty brought by virus protocols, many small businesses are innovating or adapting their business models to cope.

Wagle Sports, for example, now allows customers across Mumbai to shop for its products over WhatsApp without leaving home; a totally contact-free buying experience.

The company, which usually employs 10 people but is currently down to four staff members, also decided to offer free delivery after WhatsApp orders for carrom boards (an Indian game similar to pool involving small discs that are flicked into corner pockets) and home fitness equipment surged.

“We had to [move online] even though it is a significant cost for us,” explained Wagle. “Otherwise we would have lost out to sites like Amazon, who already offer murderous discounts”.

Catering to retail customers, as opposed to organisations, became even more important for Wagle after the government’s coronavirus restrictions shut schools and sports clubs – a move that eradicated 70 percent of the business’s revenue.

Without large reserves of capital to fall back on, small businesses like his – and across the world – have been the hardest hit by the pandemic-induced downturn.

More than a third of small and medium enterprises surveyed in June by the All India Manufacturers’ Organisation said their businesses were beyond rescuing.

Their financial health and recovery are key to many Indian livelihoods – micro and small enterprises employ around 110 million workers and contribute 30 percent of the country’s gross domestic product (GDP).

“Smaller enterprises will have to be more innovative than larger ones and exploit technology to their advantage if they want to survive,” Radhicka Kapoor, an economist at the Indian Council for Research on International Economic Relations (ICRIER), told Al Jazeera.

The ones that survive this crisis are more likely to be those that have been more successful in the past, adds Kapoor. “We are likely to witness a sort of natural sifting of weaker players from the strong.”

For small business co-owner Kuntal Malia of StyleNook, surviving the pandemic involved rapidly shifting the focus of her company.

“Our customers loved what we did, but at the same time we kept hearing that they didn’t need anything right now,” Malia told Al Jazeera.

“We spent the first few months of the shutdown just thinking how we were going to get through this.”

But the pressure of paying rent on an office space and the fear of becoming irrelevant can be a powerful motivator.

Soon they decided to add loungewear, pyjamas and other clothes more suited to pandemic-era lifestyles, to their existing supply of shirts and shift dresses.

StyleNook’s sales have now recovered to pre-pandemic levels. And with more Indian consumers getting used to shopping online for groceries during and after the lockdown, Malia says the company’s future is bright. She believes people are likely to increasingly use the internet for fashion purchases.

Another survival strategy for StyleNook was to help vendors who were stuck with excess stock due to cancelled orders. Partnering with manufacturers who had never previously thought about selling direct to consumers also helped.

“We’ve been able to let them know what kind of things customers are now looking for,” Malia says.

He points to organisations like The Self-Employed Women’s Association (SEWA) as an example. Even before the COVID-19 outbreak, they were helping women entrepreneurs market their wares nationally or join Airbnb to help build their own ecotourism ventures in remote and rural areas of India.

Basole says initiatives such as one by Chinese city officials to help farmers promote their produce on video-streaming and e-commerce sites at the height of the pandemic are instructive.

“These models are out there and I think there is a lot we can learn from them,” said Basole. “Re-directing more policy attention in this area could be really useful”.

In an economy that relies heavily on consumer demand to drive growth (private consumption accounts for three-fifths of the economy), small businesses adapting, pivoting and turning to creativity for their survival may not be enough.

The pandemic has plunged consumer confidence to record depths, registering 49.9 on the Reserve Bank of India’s monthly survey index last September – the lowest ever. India was already struggling to provide enough jobs for its people, but millions more have been lost in recent months and are not guaranteed to return.

Inflation at uncomfortably high levels and signs of household incomes coming under stress could mean insurmountable hurdles for many struggling small businesses.

“If you look out the window it almost looks like things are normal, but this is not translating into sales,” said Wagle, the sports store owner. “The future is very uncertain right now.”

India’s government has unrolled a collateral-free credit scheme worth around $42bn to support cash-strapped MSMEs. Around $20bn had reached businesses as of November, according to government figures.

But analysts say the programme may not be helping those who need it the most.

“Informal firms dominate the micro and small-business landscape and many of them have no financial footprint,” says ICRIER’s Kapoor.

She explained that business owners operating in the informal economy – such as street vendors who have not registered with authorities – are ineligible for the loan scheme, or for another programme that offers wage support for registered employees.

The prospect of plunging deeper into debt may be another reason why many businesses may have passed up the government’s offer of credit.

“In a pandemic situation when the future is very uncertain, many MSMEs are thinking: why would I want to take on additional liabilities?” Amit Bhardwaj, secretary-general of the Federation of Micro Small and Medium Enterprises (FISME) told Al Jazeera. “Plus, taking additional loans ultimately affects your credit rating.”

After the twin economic shocks of demonetisation – when the government decided overnight in 2016 to ban large-denomination bank notes to curb corruption – and the bungled rollout of a goods and services tax the following year, many small businesses were left reeling. Their capacity to withstand another crisis was heavily diminished.

While pivoting out of the COVID-19 crisis by radically changing their business model has worked for some, others have lacked the resources and capacity to try such moves.

“Entrepreneurial spirit is never lacking, usually it’s the structural constraints and vulnerability to failure that restricts people,” says economist Basole. “If businesses have the room and capacity to take risks, we could see many more reorienting and trying to be more innovative.”

Many analysts have suggested the government should be injecting cash into the economy to revive consumer demand. This, in turn, would benefit small businesses and the economy as a whole, they say.

“Cheap liquidity can only go so far,” says Basole. “There is no substitute for a direct fiscal outlay – and it needs to be much larger than what we have seen so far.”

Economists have criticised the government’s moderate spending during the crisis, which is estimated to be closer to 1 percent of GDP and not the 10 percent figure claimed by the finance ministry.

For now, sports retailer Wagle says he is surviving because of “conservative living” until the pandemic subsides and normality returns.

He is grateful for the fact that he owns his premises and so has no rent to pay or debts hanging over him. “Many others will not be so lucky,” he says.

This article is part of Al Jazeera Digital’s ongoing series profiling small businesses around the globe that have survived market disruptions from COVID-19 as well as economic challenges unique to their countries. Click to read about small businesses in Tehran and Beirut. 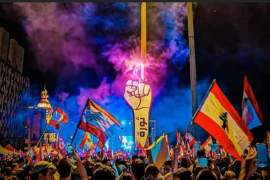 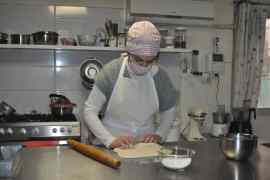 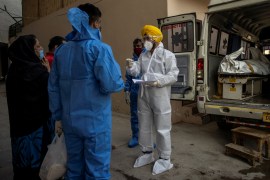 After a record slump caused by a national lockdown, India’s economy is showing signs of life but faces a long road back.