India has agreed to purchase dozens of French-made Rafale fighter jets after about three years of negotiations with France in a bid to modernise the country’s ageing warplane fleet.

Narendra Modi, India’s prime minister, said on Friday that he had ordered 36 “ready-to-fly” jets – meaning they would be built in France – during a visit to Paris.

“I have asked President (Francois Hollande) to supply 36 ready-to-fly Rafale jets to India,” Modi said at a news conference on the first day of a state visit to France.

“Our civil servants will discuss (terms and conditions) in more detail and continue the negotiations,” he said, speaking in Hindi through an interpreter.

The number of Rafale jets Delhi agreed to buy is a major departure from an earlier plan for 126 of the warplanes mainly built in India.

Egypt signed a deal for 24 Rafales in February, the first overseas buyer of France’s delta-winged, multi-role, but hard to sell jet fighters, made by Dassault Aviation.

Rafales have been on the market for years, and in service for the French Air Force since 2006.

They are currently being used by France in the international coalition’s strikes on Iraq against the Islamic State of Iraq and the Levant group. 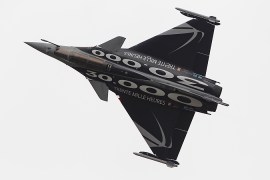 France’s Dassault selected as preferred bidder for 126 planes, after Eurofighter consortium bid knocked out of running. 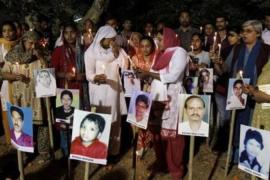