China’s economic growth has slowed to 6.9 percent in the third quarter of 2015, down from 7 percent in the first and second quarters. However, growth was faster than the 6.7 percent predicted by economists in a Bloomberg poll.

Here are some key points on the seemingly never-ending debate on China’s gross domestic product (GDP), which deeply influences the state of the global economy.

1. Premier Li Keqiang has been aiming for growth of “around 7 percent”. The latest numbers suggest that Beijing will hit its target for 2015.

2. There are those who believe the numbers have been manipulated for political reasons. After all, Li was cited as saying as much in a US state department memo leaked by WikiLeaks, where he claimed he’d rather rely on electricity consumption, railway freight volumes and lending trends to gauge the state of the economy. The Economist obliged and created the “Li Keqiang Index”.

3. The biggest critics of the numbers are Capital Economics, who said: “Unfortunately, these figures need to be taken with a grain of salt, as official GDP growth appears to have become a poor gauge of the performance of China’s economy,” Julian Evans-Pritchard, economist at Capital Economics, wrote in a note to clients.

“Flaws with how the GDP deflator is calculated – along with political pressure to meet growth targets that have become increasingly at risk – have meant that official growth rates have not slowed nearly as quickly as most third-party measures of growth in recent years.”

4. Now, here’s a question that you do not hear often: Is Beijing under-reporting growth? Maybe. It is trying to expand its service sector and trying to get consumers to spend more. On both counts, it has done well.

“We think that a lot of the economy is not really being counted because China is being converted from a manufacturing-oriented economy to a service economy,” Mark Mobius, the chairman of Franklin Templeton Investments, told Bloomberg TV. Bloomberg describes him as “the world’s foremost emerging markets investor”.

5. China’s economy really does matter; as the second-biggest economy, any slowdown will have an impact on global growth. The International Monetary Fund cut its 2015 growth target to 3.1 percent from 3.3 percent. And Janet Yellen, the Chair of the US Federal Reserve, decided not to raise interest rates in September – in part because China’s economy was slowing.

6. To keep growth on track or around 7 percent of the GDP, Beijing may cut interest rates further and, as it has stated in the past, may stoke certain parts of the economy with extra money. Its attempts so far, according to today’s numbers, may have helped. It has cut interest rates five times since last November, allowed its banks to lend more money, and increased infrastructure projects. 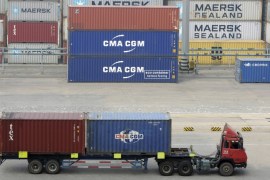 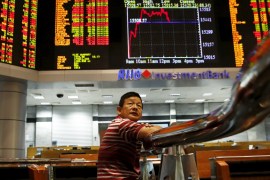