Dr Abbas Barzegar serves full time as the National Director of Research and Advocacy at the Council on American Relations (CAIR) in Washington DC. He ... is also a Visiting Researcher at Georgetown University's Alwaleed Center for Muslim-Christian Understanding, a non-resident fellow at George Mason's Ali Vural Ak Center for Global Islamic Studies, and a term-member of the Council on Foreign Relations.  He has years of applied research experience covering the cultural history, social innovation, and conflict transformation strategies of transnational Muslim civil society actors in North America, Europe, and the MENA region. Recent projects he has led include the European Union funded "Bridging Transatlantic Voices" initiative at the British Council USA, the digital archive, "After Malcolm" at George Mason, and the Hijacked by Hate study on US philanthropy and anti-Muslim special interest groups. In addition to numerous articles and book chapters, he is the co-author of Islamism: Contested Perspectives on Political Islam (Stanford, 2009). His work has been supported by The European Union, The British Council, The US Institute of Peace (USIP), the Mellon Foundation, The National Endowment for the Humanities (NEH) and The American Council of Learned Societies (ACLS). His commentary and analysis can be found in a variety of print and broadcast media outlets, including CNN, Fox News, The Guardian, The Hill, The Huffington Post, and Al Jazeera.

At ceme­ter­ies, the Sun­ni and Shia say the same prayers

As sec­tar­i­an sen­ti­ment flares, it is im­por­tant for Mus­lims in the US and be­yond to refuse to feed the dogs of war. 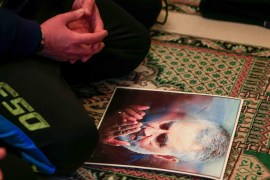 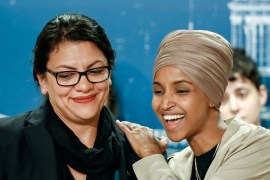