The former Arsenal striker ran past two defenders to score the only goal of the match at the Ahmad Bin Ali Stadium in Qatar on Tuesday evening in front of loud and mighty Costa Rican fans.

New Zealand felt they had equalised just before half-time but the goal was ruled out by the referee after VAR consultation for a foul in the build-up.

New Zealand, also known as the All Whites, participated in the tournament in 1982 and 2010.

Despite the early goal, Costa Rica remained unconvincing throughout the match. They made three changes at half-time as they looked to press on, but New Zealand still enjoyed the bulk of possession and looked likely to score the next goal.

However, a red card for substitute Kosta Barbarouses in the 69th minute hampered New Zealand’s search for an equaliser.

Costa Rica also had goalkeeper Kaylor Navas to thank after he made a good stop in the 76th minute from Clayton Lewis.

The final whistle brought some 6,000 travelling Costa Rican fans to their feet despite a less-than-convincing performance by the team.

“That was an exhilarating win,” Costa Rica supporter Andre Reid told Al Jazeera as the fans celebrated the historical moment.

“It’s amazing to go to the World Cup again. I felt very nervous during the game. People were sweating and biting their nails. There will be a huge party in Costa Rica right now. I don’t think anyone will go to work tomorrow.”

Costa Rica, who reached the quarter-finals at Brazil 2014, will take part in their third straight World Cup while New Zealand fall at the final hurdle for the third straight time, having lost playoffs to Mexico in 2014 and Peru in 2018.

“It is heartbreaking to come so close and lose,” New Zealand fan Nico Smith told Al Jazeera after the final whistle.

“Reaching the World Cup is a dream. I think New Zealand, after conceding early, did really recover well. However, I am still very proud of this young team and will continue to give my support.”

The result also brought an end to the extended qualifying campaign for Qatar 2022, with all 32 teams having qualified for the tournament that takes place from November 21 to December 18 this year. 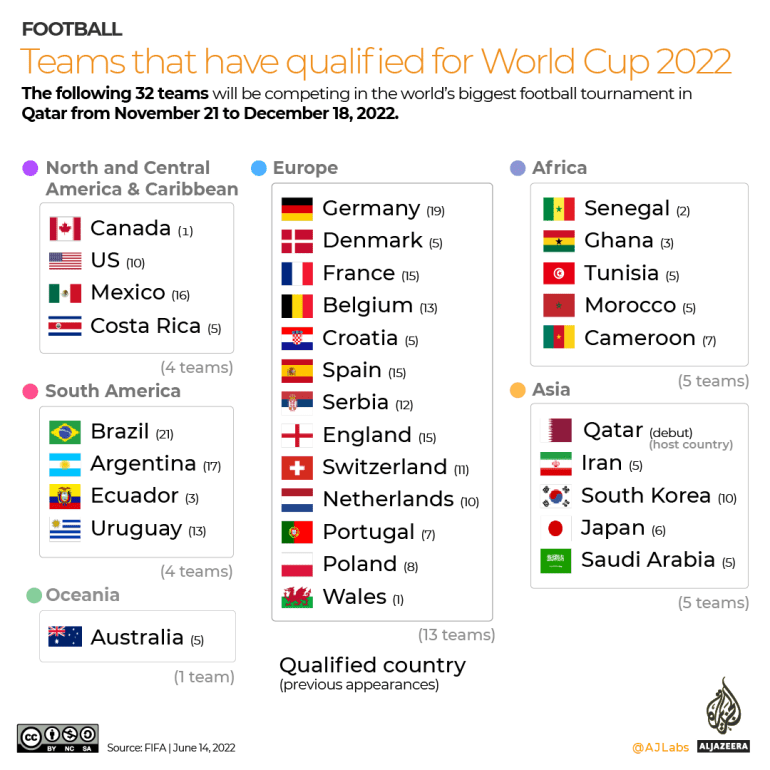