Ahead of Sunday’s World Cup final, hot take after hot take has focused on the battle of the Number 10s: Argentina’s Lionel Messi and France’s Kylian Mbappe.

Messi – the Magician, the PlayStation footballer – quite possibly the best the world has ever seen, is heading towards retirement. Mbappe, the prodigious talent who has scored only two fewer World Cup goals than Messi, but is aged just 23 and is poised to take the 35-year-old Argentinian’s mantle as the best player in the world.

But it is, naturally, more complicated than that. 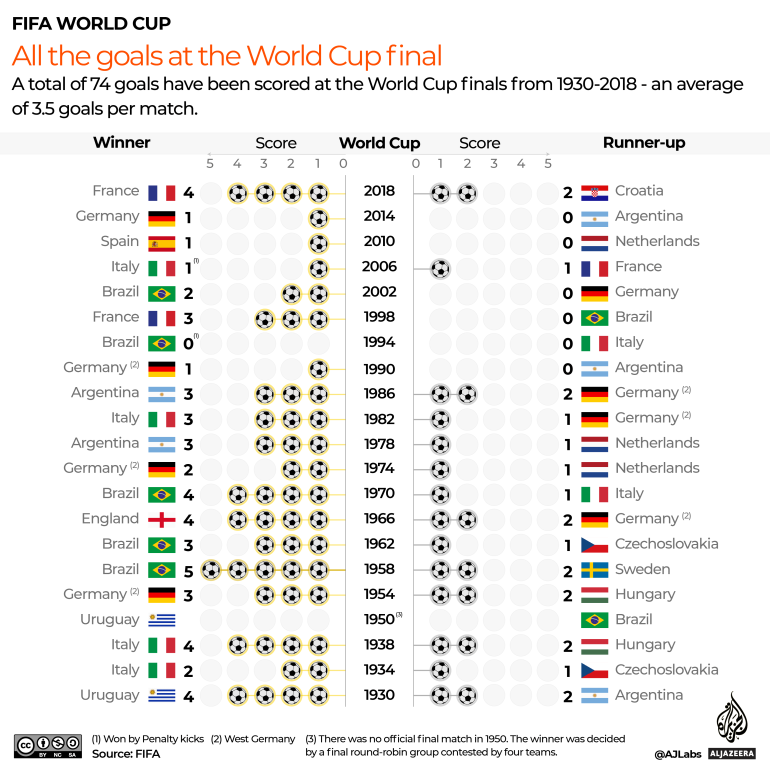 Argentina teams of recent years may have been built entirely around Messi but as his years advance, his role in La Albiceleste has developed beyond that of nonstop goal machine and into playmaker supreme, empowering his teammates and waiting for that perfect moment to unleash a little magic. And it works.

Football is a team game, and Messi’s Argentina understand that.

Likewise, France is more than Mbappe. Had they had some of their global superstars such as the injured Karim Benzema, Paul Pogba and N’Golo Kante playing, there’s no guarantee the 2018 winners would have made it this far. Due to their absence, the attention of the world’s press, as well as that of defensive lines across the tournament, has been on Mbappe. And that has allowed the super-versatile Antoine Griezmann and the veteran performer Olivier Giroud the time and space to shine.

“Tomorrow’s game is Argentina against France, much more than Messi against Mbappe,” Argentina coach Lionel Scaloni told reporters on Saturday when asked about the two superstar and PSG teammates who have both scored five goals so far in the tournament in Qatar.

“I think that both teams have the weapons they need and that the match can be decided by other players and not necessarily by those two. Leo [Messi] is doing well and let’s hope the match goes our way, but it’s a game between Argentina and France, and there are many players that can decide the game.” 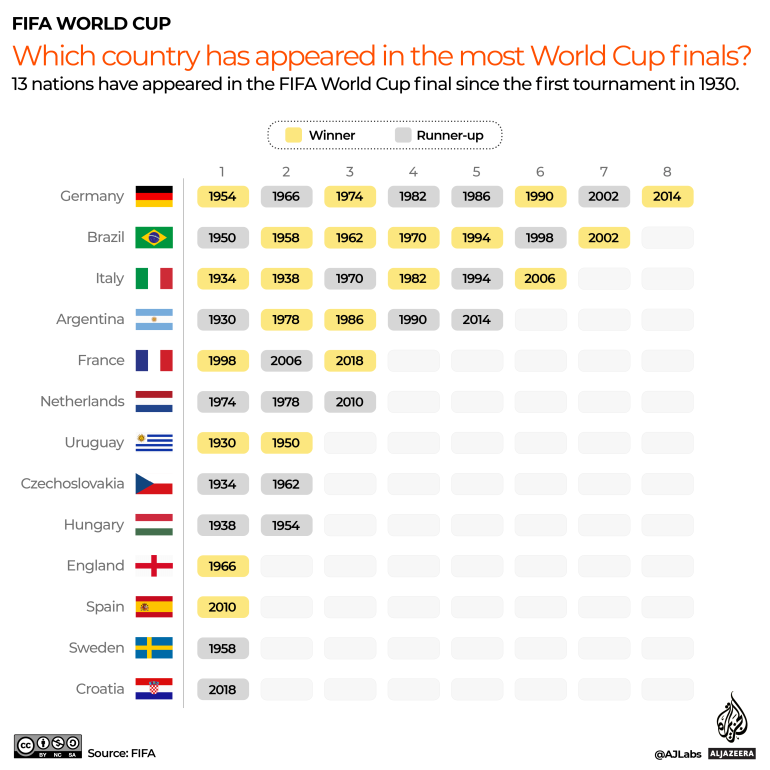 France, meanwhile, received a boost on Saturday, with several players who had been out of action for the past few days with a virus returning to the team’s training session. Adrien Rabiot and Dayot Upamecano missed France’s 2-0 semifinal victory over Morocco, while Raphael Varane, Ibrahima Konate and Kingsley Coman were absent for the past two days of training. But all five players will be available to head coach Didier Deschamps – one of only three men to have won the World Cup both as a player and a coach.

“The France team has always been for me the most beautiful thing that has happened to me in my professional life,” Deschamps told reporters on Saturday.

“Already I had a great experience as a player, and now it’s my privilege to experience it as a coach. Now, it’s been 10 years, and it’s really the passion, the very, very high level. So, I’m good, very good, very happy to be in this position.”

The crowds in Doha, however, seem to believe Argentina’s day for a third victory has come, and the nearly 90,000-capacity Lusail Stadium will be dominated by the white and sky-blue.

The prospect of Messi finally winning a World Cup in his last tournament brought extra flights of Argentina fans to Qatar, with at least 40,000 Argentinians estimated to be in the stadium.

“We all believe this will be Messi’s day,” said Ricardo Schwarz, a teacher from Cordoba, his voice hoarse from singing the Argentina fan songs for more than an hour.

“I still don’t have a ticket, but I have not given up hope yet,” he added. “They are on the market, but they are expensive.”

Supporters told the AFP news agency that tickets with a face value of $750 were being offered for more than $4,000 on WhatsApp groups set up to trade seats at the stadium.

Deschamps also said he expects a one-sided atmosphere: “They sing a lot and are very expressive. That’s good. It’s a World Cup final after all, but our opponents are not in the stands.”

This is the 11th World Cup final played between a South American and a European nation.

In both the quarterfinals against England and the semifinals against Morocco, the French have come out strong to take a first-half lead and have then been content to soak up pressure and play on the counterattack – a tactic that also worked four years ago on the country’s run at the World Cup title.

Can that also work against Argentina, with Messi in such scintillating form?

“Things always happen in a match for which you are not prepared,” said France captain Hugo Lloris, who is looking to become the first man to captain a team to the World Cup title twice. “That is where you need to show a good team spirit, and you also need to have that feeling of pulling out all the stops and digging deep in those tough moments.

“Argentina is a strong team and there are a lot of other players – a young generation coming through – and you can feel they are all dedicated to Leo Messi.”