Hamilton of Mercedes clocked one minute 20.827 seconds on the Losail International Circuit which in the past has only seen MotoGP racing.

It was Hamilton’s fourth pole of the season and a record-extending 102nd overall.

Valtteri Bottas was third in the second Mercedes.

Verstappen tops the championship, 14 points ahead of Hamilton with three races left in a fierce title duel, and Hamilton will hope that his pole will help him further cut the deficit on Sunday.

The gap in qualifying times will give all at Red Bull a restless night – almost half a second, a clear sign Hamilton’s new engine fitted last weekend has injected fresh life into his quest for an unprecedented eighth world title.

F1 racing in Qatar for the first time this coming weekend. Here is a picture I took of the Losail track a few years ago onboard a 787 Dreamliner #F1 #QatarGP pic.twitter.com/yC927fQx8P

Hamilton has some momentum after an impressive victory from 10th on the grid last weekend in Brazil.

“I was here until midnight last night working with the engineers, who also always work so late, they’re such hard workers, and found a lot of areas which I could improve,” Hamilton said.

Mercedes were handed an unexpected advantage in their titanic title battle with Red Bull after Verstappen’s teammate Sergio Perez failed to make it to the Q3 top 10 shoot out.

With the Mexican down in the sixth row on Sunday’s grid Red Bull’s tactics to upset Mercedes rest on Verstappen.

Sunday’s race is the first in a 10-year deal between F1 and Qatar, and teams are still learning the track. Qatar will be the 36th country to host Formula One.

The circuit has hosted MotoGP since 2004, becoming a night race in 2008 when it also opened the season.

Track: Fast and flowing and features 16 medium and high-speed corners.

Weather conditions: Warm and similar to what teams are used to in Abu Dhabi. 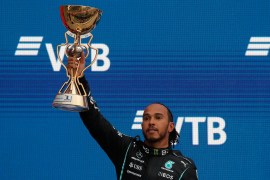 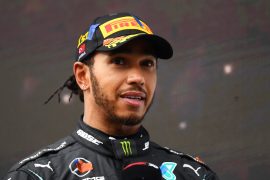