“When you try to do something, you mean that you can do it,” Ahmad told reporters after the vote. “If I can’t do it, I never stand.”

Ahmad, a 57-year-old father of two, had a playing and coaching career before he took the reins of the Madagascar football federation in 2003.

His rare and determined bid for “change” at the head of the CAF this year took many by surprise and the incumbent was seen as the favourite.

Al Jazeera’s Andy Richardson, reporting from Addis Ababa, said CAF members will now be hoping Ahmad delivers on the “change” he had promised.

“Ahmad has long been saying that African football is in real danger of being left behind unless there is real change at the top,” Richardson said.

“In his campaigning, he really appealed to smaller nations within Africa. Madagascar, the tiny footballing nation he represents, has never qualified for the Africa Cup of Nations, never mind the World cup.

“But that was one of his biggest strengths, some of the continent’s smaller nations had grown disenfranchised with the old guard and the confederation.”

Richardson said Ahmad’s appointment comes at a time when the relationship betweenHayatou and Gianni Infantino, president of world football’s body, was “strained” at best.

“FIFA is currently looking at redistributing funds in Africa and it may decide to how many extra African teams go into the 2026 World Cup, so this change in leadership means a lot.”

Hayatou headed CAF since 1988 and is a senior vice president of FIFA.

He has been credited with increasing the number of African teams at the World Cup and bringing in extra finance for the continent’s competitions. 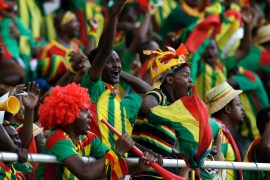 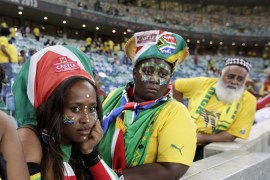 Is African football missing the goal?

We look at the state of the game since South Africa brought the football World Cup to the continent in 2010.