San Francisco 49ers’ quarterback Colin Kaepernick says that he has received death threats over his refusal to stand for the US national anthem as the killing of an unarmed black man in Oklahoma sparked new public outrage.

Kaepernick has staged a silent boycott of The Star-Spangled Banner anthem during 49ers games, pointedly sitting out or kneeling during renditions of the song rather than standing as is customary.

The 28-year-old football star says he is protesting racial inequality and injustice in the United States, including the actions of law enforcement towards minorities.

Kaepernick told reporters on Tuesday that he had received death threats, including through social media, since starting his protest.

“If something like that were to happen, you’ve proved my point”, said Kaepernick when asked about the possibility of the threats being acted upon.

“It’ll be loud and clear why it happened,” he said.

The quarterback said that he had anticipated the backlash before he embarked on his protest.

“I knew there were other things that came along with this when I first stood up and spoke about it. It’s not something I haven’t thought about,” he said.

Kaepernick said the killing on Friday of 40-year-old Terence Crutcher by police in Tulsa was emblematic of the issues  he is protesting against.

“This is a perfect example of what this is about,” Kaepernick told reporters.

“It will be very telling about what happens to the officer that killed him. They shot and killed a man and walked around like it wasn’t a human being,” he added.

“With what’s going on, I’d rather see him take a knee than stand up,” he said during an appearance on the show.

Social media users also showed support for the footballer, and expressed anger at the latest police shooting of a black man.

If you're outraged at Kaepernick for taking a knee but not by cops shooting unarmed citizens, YOU are part of the problem #KeithLamontScott

Kaepernick said that he plans to start a website soon to track a donation of $1m he will make to organisations supporting the cause of racial equality.

He said that he will donate $100,000 a month for 10 months once he has vetted organisations to determine which deserve his donations. 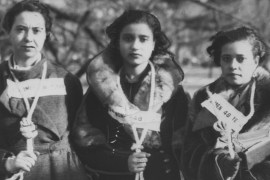 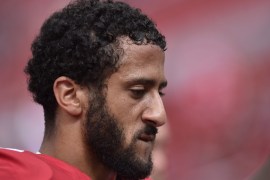