Brazil’s suspended President Dilma Rousseff has announced through an aide she will not attend the torch ceremony opening the Rio 2016 Olympic Games.

Tuesday’s announcement came a day after Rousseff said in an interview she would not play second fiddle to Michel Temer, the interim president.

Rousseff, who is facing an impeachment trial that could confirm Temer as her successor one month from now, was invited to attend the ceremony in Rio’s Maracana stadium, where Temer will declare the Games open on August 5.

“She is not going,” the Rousseff aide told Reuters news agency.

Rousseff said in an interview with Radio France Internationale broadcast on Monday that she did not intend to take part in the Olympics in a “secondary position”.

A spokesperson for Temer, Rousseff’s former vice president who is now running Brazil, said she was welcome to attend the launch of the Games, but not at Temer’s side in the VIP balcony.

“She will be in the stands below him,” Marcio de Freitas, the spokesperson, said in a message to Reuters.

The presence of both leaders at the ceremony would have been awkward for foreign dignitaries, diplomats said.

Rousseff believes that, impeachment or no impeachment, she deserved to be there.

She told RFI that her government and that of Luiz Inacio Lula da Silva, her mentor and Workers Party leader, had done most of the work to win the Olympics for Rio de Janeiro and build the infrastructure for the global sports event.

The faulty, unfinished apartments for athletes at the Olympic village were the responsibility of the Rio city government and private builders it contracted, not the federal government, she said in the interview.

Polls of senators show that Brazil’s first female president will be convicted of breaking budget laws and definitively removed from office at the end of August, confirming Temer as president for the remainder of her term through 2018.

Rousseff’s opponents blame her for leading Brazil into its worst recession since the 1930s and benefiting from the country’s biggest-ever corruption scandal at oil company Petrobras. 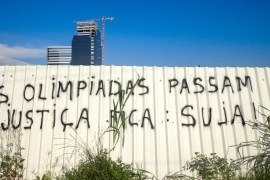 Residents of a Rio favela complain of what they call “social cleansing”. 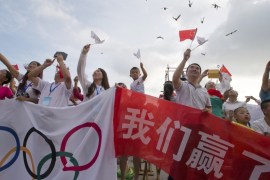 Are the Olympic Games still worth the effort?

Despite the absence of natural snow in Beijing, China’s capital beats Almaty to host the 2022 Winter Olympics. 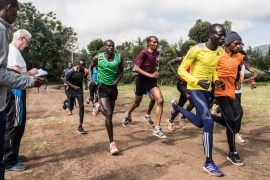 How could the unprecedented opportunity and intense stress of the Rio Games affect the team’s 10 athletes?