Ivanovic, who won the tournament in 2008 but has not threatened a repeat, produced an attacking display to become the first player to reach the last-eight.

The players shared breaks of serve before rain arrived with Serbian Ivanovic leading 3-2 in the first set and it was around three hours later that they returned.

Ivanovic broke in the 12th game with a forehand smack on the line to move a set ahead, but she quickly fell behind in the second against the ninth seed, gifting a break with a double fault.

The blustery conditions seemed to bother Ivanovic more as Makarova took the second set with a drive volley winner.

She settled down again in the decider, striking her forehand deep into the corners and Makarova had no answer.

Another forehand winner sealed victory for Ivanovic, who will play Elina Svitolina in the quarters. 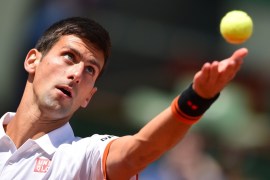 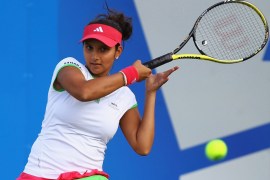