Six long years have passed since Sri Lanka were forced to cut short their tour of Pakistan.

This period has seen Pakistan win a World Twenty20, whitewash England and Australia, had four cricketers banned for fixing, reach the semi-finals of a World Cup and been humbled by Bangladesh.

The ideal situation for resumption of international cricket in Pakistan would have seen Younus Khan stroll in to join Khurram Manzoor and carry on from where they left off for the day.

But with Zimbabwe agreeing to tour – after a yes, no, wait and then yes – the Pakistan Cricket Board (PCB) and the fans would be happy enough with the home side starting afresh: a new opposition, renewed hopes and whole lot more security.

Even if it has cost the hosts a whopping $1m as reported.

The time has come..fingers crossed for a historic day,as cricket returns home for the Pakistan nation and team.#PAKvZIM

That amount dwarfs the suffering faced by the board, players, fans and even the budding cricket writers in Pakistan. It has been immense.

The board has been forced to host matches mostly in the UAE. Costs have thus increased and revenues severely affected. Investment in local talent and the domestic cricket structure has been hampered.

Stadiums in Pakistan have been in need of repair but ‘why bother’ has been the general response – even as late as April 2015 when Al Jazeera English visited Gaddafi Stadium in Lahore.

While the national team is getting a fair amount of cricket, the talent pool isn’t getting any wider given the limited opportunities for budding youngsters. Limited ‘A’ team tours and no warm-up matches against touring teams have not helped the growth.

Managing to ‘host’ matches abroad does allow the PCB to negotiate broadcasting terms but didn’t bring in the same amount as it would have at home. One of the contracts was signed with a local broadcaster in dire straits, the board willing to get whatever revenue it could as it anticipated a severe cash-flow problem.

Ticket sales are never a huge source of revenue but corporate hospitality and local marketing avenues did not exist.

Chairman Shahryar Khan is wary of the financial state of the PCB and remains hopeful of a quick turnaround.

“The tour itself is very important not only in the cricketing sense but in opening up Pakistan for investors and foreigners and airlines and things like that,” he told Al Jazeera.

“The main event is that Zimbabwe has broken the spell as well and that it will pave the way for other countries to follow suit.”

Even the future of cricket journalism and writers in Pakistan was being affected by the isolation.

Live action, complemented by conversation, is food for the pen. The knowledge gained from presence in the press box, press conferences or at a training session is invaluable.

Budding writers did not get a chance to get a feel of live reporting. Organisations did not have enough budget to send them to international series and global events. The PCB did but only the selected and experienced ones.

While domestic players lose out on opportunities to feature against the touring teams, it also means that those interested in writing about it are confined to the TV screens and not press boxes.

Zimbabwe have done a brave thing, even for the amount of money they are reportedly being paid.

There were reports that some players were reluctant to visit and were forced to sign indemnity forms as they are now touring against the wishes of the government.

“Our chairman Wilson Manase took the decision and we agreed to tour Pakistan,” Ozias Bvute, the head of the Zimbabwe delegation, said. “The board and players were supportive of his decision, and ultimately we are here. This is testament to the fact that cricket is the ultimate winner. The ZC weighed the pros and the cons (of the tour) … and what we wanted to achieve is to come and play against our brothers.”

Bangladesh have twice pulled out at the last minute. Afghanistan and Kenya have visited but didn’t play against the national side. But resumption of international cricket has been top of the agenda for every PCB chairman that has taken the seat since the Lahore attacks.

A lot is at stake for Pakistan on the field – lot more than they would’ve hoped for.

The former World Champions were whitewashed in the ODI series by Bangladesh only recently, having been beaten in the one-off T20 as well. A series-win in Lahore is needed to maintain the T20 ranking.

This is a chance to regain some pride, at home and in the standings. And for the players to finally play on home pitches and in conditions suited to their style.

Will this tour end the drought permanently? Probably not.

The bigger teams, not in need of bilateral series as desperately as Zimbabwe are, will give it more time until they start thinking about visiting Pakistan.

Their calendars are swamped already. Pakistan are already due to host England and India later this year with both series planned for the UAE.

But a successful and trouble-free tour will help PCB make their point across and put the invites on the table for others.

The security situation in Pakistan will far from convince the big teams to follow Zimbabwe’s lead but the host board will look at it in a very positive manner.

Jitters will accompany every move and every moment that the touring side spends in Pakistan.

And they will remain until that plane takes off on June 1, with prayers and hopes in abundance for the ‘fool-proof’ security to do its job effectively.

The plans have been signed off and in place. Now the hope remains for them to prove effective. 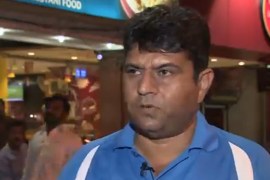