The Patriots’ victory on Sunday night in Glendale, Arizona gives them their fourth Super Bowl title since 2002.

The Patriots had lost three straight Super Bowls since winning three in four years a decade ago.

The Seahawks pulled off a miraculous rally to beat Green Bay in the NFC Championship game and were in position for another improbable victory when Jermaine Kearse made a juggling, 33-yard catch while on his back.

With the ball on New England’s one-yard line, Seattle appeared to be headed towards a second straight Super Bowl title.

But Butler spoiled the Seahawks’ bid, stepping in front of Ricardo Lockette for the game-winning interception.

Seahawks-Patriots game to be watched by 115 million, but year remembered more for domestic violence and ‘Deflategate’. 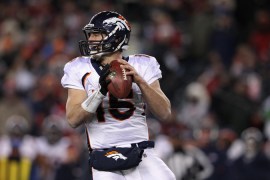 The Super Bowl is an example of how jobs, religion, leadership and healthcare dominate every contest in the US. 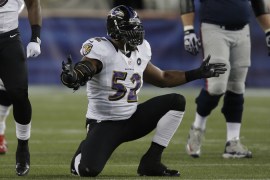 Ravens linebacker puts thoughts of retirement aside ahead of taking to NFL’s greatest stage against the San Fran 49ers.