The Paris prosecutor’s office has started an investigation to find the Chelsea fans responsible for chanting “we’re racist and that’s the way we like it” as they stopped a black man boarding a Paris train.

The video was filmed before Chelsea’s Champions League match against Paris St Germain at the Parc des Princes stadium in Paris on Tuesday evening, according to reports in British media.

The amateur footage, posted on the website of the Guardian newspaper, shows a black man trying to squeeze onto a busy train at the Richelieu-Drouot metro stop only to be pushed back repeatedly by a group of men.

“Such behaviour is abhorrent and has no place in football or society,” the club said in a statement.

“We will support any criminal action against those involved, and should evidence point to involvement of Chelsea season-ticket holders or members of the club, will take the strongest possible action against them, including banning orders.”

The identities of the men in the video, including the victim, have not yet been established, prosecutor’s office spokesperson Agnes Thibault-Lecuivre told The AP.

The maximum penalty possible according to the French criminal code is three years in prison and a $51,000 fine.

The Metropolitan Police in London have appealed for anyone with information to come forward and said in a statement that they “took offences of this nature seriously no matter where they occur”. 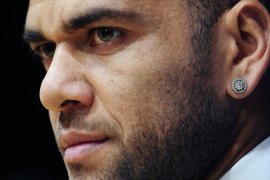 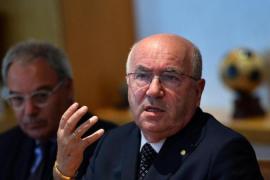 President of the Italian football federation Carlo Tavecchio won’t be able to hold position with Fifa for six months. 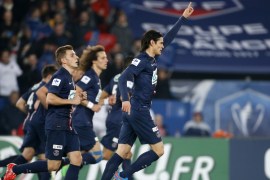