LeBron James overcame Kevin Durant in the only battle this season between the two most recent MVP award winners, and the Cleveland Cavaliers won their sixth straight with a 108-98 victory against the Oklahoma City Thunder.

James had 34 points and seven rebounds, and Kevin Love had 19 points and 13 rebounds for the Cavs, who look a different team since a pair of trades in recent weeks reshaped the roster.

Durant, a forward, had 32 points and nine assists for the Thunder (22-22), who closed a five-game trip through the Eastern Conference with a pair of losses.

Elsewhere, Paul Millsap and Al Horford combined for 39 points to help the Atlanta Hawks extend a franchise-record winning streak to 16 games with a 112-110 victory over the Minnesota Timberwolves.

Klay Thompson followed up his record-setting performance with a 31-point game to lead the Golden State Warriors to a hard-earned 114-111  victory over the Boston Celtics.

Anthony Davis scored a team-high 28 points, made a critical interception of an inbounds pass and two fouls shots with 9.4 seconds left to lead the New Orleans Pelicans to a 109-106 victory over the Dallas Mavericks. 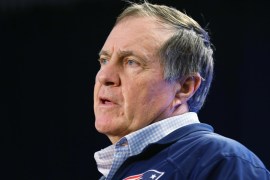 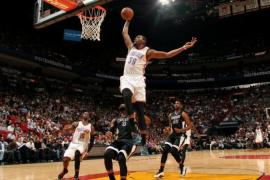 Rampant Thunder turn down the Heat