On a sunny afternoon at Suzuka, in marked contrast to the dark and tragic 2014 race that he also won, the double world champion seized the lead from pole-sitter Rosberg at the start and never looked back.

The win was the Briton’s eighth of the season, with Rosberg anchoring the eighth one-two finish for dominant Mercedes as the champions returned to form after a mysterious dip in Singapore last weekend.

“For me to come here to a race where I used to love watching Ayrton drive, to match his wins… I can’t really describe it. It doesn’t feel real at the moment,” said Hamilton after saluting the fans from the podium.

Rosberg took the chequered flag 18.9 seconds behind Hamilton with Ferrari’s Sebastian Vettel, the winner in Singapore, finishing third in an exact repeat of last year’s top three at Suzuka.

Hamilton now has 277 points to Rosberg’s 229 with Vettel dropping back on 218 but refusing to give up his championship hopes until mathematically ruled out.

“It’s not done until it’s done. So, the chance is there — and what kind of racing driver would I be if I stopped believing?,” said the German.

“You have to keep believing otherwise I guess it’s pointless rocking up and trying to fight.”

Mercedes, who have now won 11 of 14 races, moved a step closer to retaining their constructors’ title with 506 points to Ferrari’s 337. 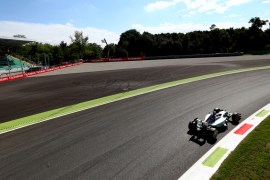