The funeral of Phillip Hughes, the Australian Test cricketer who died of injury suffered while playing, was held in his home town, Macksville, halfway between Sydney and Brisbane.

Eight days after Hughes was struck by a ball in the back of the head and six after he died of the injuries that resulted, his family, friends and a host of cricketing greats gathered at Macksville High School to bid farewell to him.

Father Michael Alcock welcomed the mourners in the small rural community, 1,000 mostly locals packed inside the school hall with thousands more watching on screens in the baking heat outside.

“We gather to celebrate his 26 years of life. That is what we are doing here this afternoon,” he said to open the service shortly after 2pm local time (03:00 GMT).

“To those both near and far whom his life has touched, we pray this afternoon that today we will feel some consolation as we celebrate his life.”

The service was broadcast live on national television and on big screens in Australia’s major cities, including at the Sydney Cricket Ground where Hughes suffered the fatal injury during a state match last Tuesday.

Australia Test captain Michael Clarke urged mourners to “dig in and get through to tea” as he choked back tears in an emotional eulogy.

A near-constant presence at Hughes’s bedside during his two-day fight for life, Clarke sucked back deep breaths at Macksville High School hall during the tribute to his “little brother’s” spirit.

“Oh, he would definitely be calling me a sook (crybaby) right now, that’s for sure,” Clarke began, gasping for air. “I don’t know about you, but I keep looking for him. I know it is crazy but I expect any minute to take a call from him or to see his face pop around the corner.

“Is this what we call the spirit? If so, then his spirit is still with me. And I hope it never leaves. I knelt down and touched the grass, I swear he was with me,” said Clarke, who had helped usher Hughes into Australia’s state ranks then the national team.

“Picking me up off my feet to check if I was okay. Telling me we just needed to dig in and get through to tea.

“Telling me off for that loose shot I played. Chatting about what movie we might watch that night. And then passing on a useless fact about cows. We must dig in.”

The mourners included Tony Abbott, Australia’s prime minister; the Australian cricket team; Hughes’ teammates from the South Australia side; and Sean Abbott, the New South Wales bowler whose delivery had such tragic consequences.

Hughes, who would have been 26 last Sunday, was batting for a recall to the Australia side for the opening match in the Test series against India when he suffered the injury that killed him.

The number 63, the runs Hughes had accumulated when he was struck by the ball last week, has become inextricably linked with the tragedy, as has 408, a reference to him becoming the 408th man to play test cricket for Australia in 2009.

Most of all though, it is the viral campaign to get people to place cricket bats in tribute outside homes, workplaces and at sports grounds that has become the most common manifestation of the outpouring of grief around the world.

That was reflected in a line of bats along the fence of a primary school, one of many tributes beside the route down which the casket will travel through Macksville in procession after the funeral. 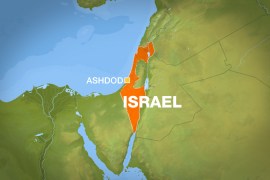 Umpire standing in a match in Ashdod dies after being hit in the neck as the ball ricocheted off the stumps. 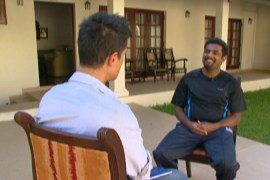 The healing power of cricket

Following end of bloody civil war in 2009, Sri Lanka has been using cricket to unite the nation and inspire youngsters. 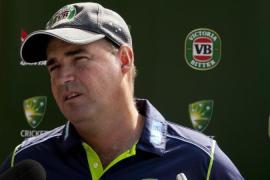 The continuing decline of Australian cricket

While their climate is enviable, these are dark and dreary days for Australian cricket following latest disappointment. 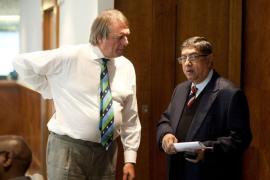 Cricket has a new world order

The ICC approved changes after 8 of the 10 Test-playing nations voted for proposals that put BCCI, ECB and CA in control