Tokyo has been chosen to host the 2020 summer Olympic Games by the event’s organising committee, beating out Istanbul and Madrid in the final vote tally.

All three cities made impassioned pleas to the International Olympic Committee during presentations on Saturday.

Thousands of Japanese erupted in joy early on Sunday as they learned Tokyo would be hosts.

I have been waiting a long time for this feeling. The members of the IOC have seen that Tokyo is a safe pair of hands

Some had risen very early, while others had stayed up all night to hear the decision from Buenos Aires, which came at 5:20am local time.

As Olympic chief Jacques Rogge read the IOC decision, cheers and shouts rang out, with groups of ecstatic Japanese hugging each other and punching the air.

TV hosts and their guests were temporarily speechless and several were in tears, with some making reference to people living in the area affected by the earthquake-tsunami and the nuclear emergency it caused in March 2011.

At the Tokyo Chamber of Commerce and Industry, where about 1,200 people had gathered to watch live-streaming of the announcement in Buenos Aires, people held V signs aloft and cheerleaders hugged each other. Some shouted “Banzai” (hurrah!).

At the MC’s prompting, the crowd in unison said “arigato” (thank you) to Buenos Aires.

At Komozawa Olympic Park in the south of Tokyo, which served as a venue for several sports at the 1964 Tokyo Olympics, golden tinsel rained down at the moment of decision.

In Bueno Aires, bid chief Tsunekazu Takeda said: “I have been waiting a long time for this feeling. The members of the IOC have seen that Tokyo is a safe pair of hands.”

The statesman’s slick narrative was aimed at allaying IOC concerns over the crippled Fukushima nuclear plant, and would appear to have been pitched perfectly as the Japanese won convincingly by 60 votes to Istanbul’s 36.

Tokyo won the right to stage the sporting extravaganza for the second time, having hosted in 1964 when the Games first went to Asia, after two years of intense lobbying and tens of millions of dollars spent.

“I would like to thank everyone in the Olympic movement and we will host a wonderful Olympic Games,” a clearly delighted Abe said.

Bid leader Takeda added: “It is a great honour that Tokyo has been chosen.

“The first thing I will do when I return is to thank all of Japan,” he said.

For Istanbul it was a fifth unsuccessful bid to host a summer Olympics. 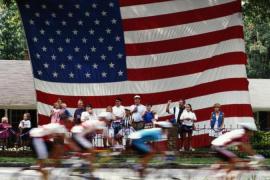 Along with LA, Philadelphia and Oklahoma, Washington aims to be first U.S. city to host Summer Games since 1996. 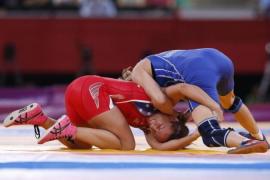 Wrestling wrestled out of 2020 Olympics

The International Olympic Committee confirms wrestling is no longer one of its 25 ‘core sports’ from 2020 onwards.