Subjects at the core of the recent stories I have been covering.

And then came the chance to meet Matt Hampson. Spending time with him has been an honour, a privilege and an education in life.

This is a man who was a rising rugby star. At the age of 20, training with young England players, a scrum collapsed, leaving Matt to take the full weight.

He has been paralysed from the neck down since the accident six and a half years ago.

In the first few months he could not move, or even talk. He was often desperately thirsty as consuming liquids may have been too risky in his stricken state.

He spent seventeen months in hospital, enduring physical and psychological pain that most of us could barely imagine.

Since returning home and moving to a new custom-built house he needs constant care and has to listen to the sound of a ventilator keeping him alive.

But this is not a sad story.

“I said to my Dad that I will be a better person from this…at that point I don’t think I believed it but I’m starting to believe it.

“I’m raising money for a foundation which raises money for injured sports people. I feel very privileged at the support I’ve received since my accident and a lot of the guys put there do not receive this support so I count myself very lucky in that aspect.”

This is the dominant theme during my time speaking to Matt at his home in Leicestershire. How lucky he is compared to others, how he tries not to be selfish, how he is determined to help others and be a better man.

And the evidence is there.

In tangible terms, his foundation has raised nearly hundreds of thousands of dollars this year for people with spinal injuries.

But his role is so much more than that. Matt has realized it’s his time and his genuine interest in improving lives, that is invaluable.

He has been working closely with SpecialEffect, a charity who have developed video games for the severely disabled, using eye control.

Dr Mick Donegan has used his expertise and innovation to improve Matt’s life physically from the time eye movement was all Matt was able to do.

He told me of the energy and support that Matt brings to fundraising;

If you’ve seen my report you will notice Dr Mick is blinking back tears when he talks about Matt.

The point is, there is no pity, no sadness from Dr Mick. It’s an almost incredulous respect.

I read his biography, Engage, hardly able to breathe with accounts of his difficulties in hospital, the pain of his family, the small battles – most of which he wins – to eat, to go out, to be partly the man he was. The man he is now, is extraordinary.

It is impossible not to be inspired by his positive outlook. He is friendly, but you know he would see through you if you were a fraud. He makes people comfortable, filling in for their inadvertent ignorance of his condition. But he wouldn’t suffer a fool indefinitely.

And then there is his humour. Matt is unimpressed that our cameraman Martin is a New Zealander, in the middle of the rugby World Cup with a potential match against England in the offing. If I’d have told him, he said quietly, we would not have been allowed in to his home.

He writes on the game and coaches the young lads at Oakham school where he first played rugby as a five-year old. He also works closely with Leicester Tigers, the club for whom he proudly played and who have given him continued support.

Remarkably, his favourite part of the game was his undoing; “I absolutely love the scrum – I did do and I always will do. I loved that confrontation. That one-on-one battle with the opposite number. That dominance where you can show your opposition who’s the stronger side.”

One of his other great loves is ‘The Shawshank Redemption’, the feted film of a man’s incarceration in a brutal prison and refusal to give up hope.

“In Shawshank, hope is a powerful thing. With my life I do see light and end of tunnel. You never know what’s round the corner.”

“Hope is a very powerful thing especially in hospital.

“I decided to get busy living not get busy dying.” 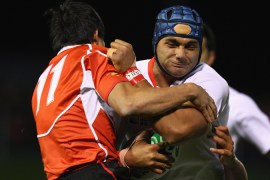 Tonga grab their first victory of the Rugby World Cup with a 31-18 victory over Japan to keep quarters in sight. 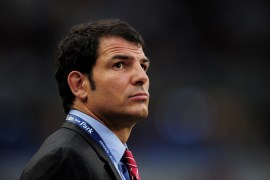 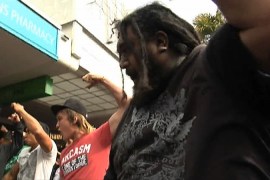 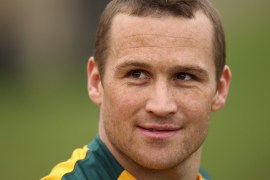 Comment on Twitter page suggests that Matt Giteau will be left out of Robbie Deans’ Australian Rugby World Cup squad.