Barcelona conceded one of the fastest goals ever scored in the Champions League and then suffered the shock of a stoppage time equaliser as they began the defence of their crown with a 2-2 draw against AC Milan.

Arsenal were also unlucky not to walk away with all three points against German champions Dortmund following Ivan Perisic’s late wonder strike.

However, despite conceding late on Arsene Wenger will be content with the 1-1 draw as his team were expected to struggle away to Germany’s top side.

Chelsea made no mistake against their German opposition Bayern Leverkusen with a comfortable 2-0 victory at Stamford Bridge.

At the Nou Camp, the game took less than 30 seconds to explode into life when Milan’s Alexandre Pato surged through a flat-footed Barca backline to score the fifth fastest goal in the competition, timed at 24 seconds.

It took Barcelona a while to clear their heads but the Catalans were level before half-time when Lionel Messi, top scorer in the competition for the past three years, turned provider with a perfect cut back for Pedro to tap in.

David Villa’s sublime curling free kick after 50 minutes put Barca in front and with their former striker Zlatan Ibrahimovic missing through injury, Milan rarely threatened to get back on level terms.

However, the Serie A champions struck again at the death when Thiago Silva rose above the home defence to head home from a corner in the second minute of stoppage time.

With Arsenal full of new signings, and Wenger in the stands, it was never going to be an easy game for the Gunners but Robin van Persie gave them an unlikely lead with a great first-half strke.

Despite periods of heavy pressure from Dortmund it was not until the 88th minute that the hosts broke through the visitors defence.

The home side had passionate support at their 65,000 sold-out Signal Iduna Park stadium and while making plenty of chances they were unable to put them away.

Arsenal manager Arsene Wenger was banished to the stands as he serves the first of his two-match Champions League ban and his side defended doggedly as the hosts had 22 chances compared to the Gunners’ eight.

“To defend with such determination is a high quality skill and I don’t think many teams will come here and get a result,” said Arsenal assistant coach Pat Rice, stepping in for Wenger.

“Of course, we would have loved to have got the win here, but you can argue a point apiece is a good result.”

Chelsea welcomed back Michael Ballack to Stamford Bridge but it was to be no happy return for the German midfielder as goals by Brazil defender David Luiz and Spain forward Juan Mata gave Villas Boas the perfect start to the campaign.

Luiz produced the kind of finish that had proved beyond his team’s misfiring strikers by running onto Fernando Torres’ lay-off and bending a sublime strike into the bottom corner in the 67th minute.

With almost the last kick of the game, Mata capped a lively display by tapping home from close range after Torres had broken free down the left.

Chelsea have reached the semi-finals of the competition in five of the last six years but have yet to satisfy the trophy demands of billionaire Russian owner Roman Abramovich. 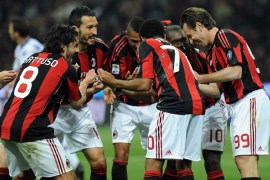 Barca and Milan prepare to do battle 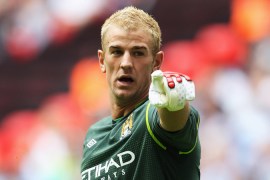 City enter Champions League for the first time but that doesn’t stop them from being one of tournament’s favourites. 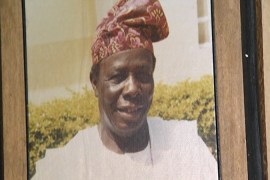 Family members believe Michael Obi has been kidnapped by men wanting to extort money from his son. 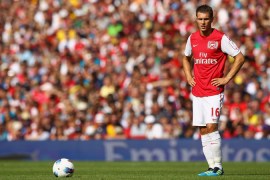