The finals look increasingly likely to be moved from Libya due to the ongoing rebellion against Muammar Gaddafi’s rule.

Algerian Football Federation officials said they would be interested in stepping into replace their fellow north Africans when the Confederation of African Football makes a decision on Libya’s ability to host the event at its next meeting in Cairo in September.

“It might help in our bid to qualify for the next World Cup finals,” federation spokesman Abdelkader Berdja told reporters at a weekend press conference.

South Africa, who host the 2017 tournament, has already announced its intention to offer itself as a substitute for the Libyans, should their civil conflict not end shortly.

The next Nations Cup finals are to be co-hosted by Equatorial Guinea and Gabon next year after which they move from every even year to every odd, starting 12 months later in Libya.

South Africa in April stepped in to replace Libya as hosts of this year’s African Youth Championships.

Libyan league football has been suspended since mid-February but clubs have continued to play in continental club competitions, by forfeiting their right to play their home leg in knockout ties, which were reduced to a single match at their opponent’s home ground.

Not surprisingly, no Libyan side got past the third round of the African Champions League and African Confederation Cup preliminaries.

Libya’s national team used Mali as their home ground in the Nations Cup qualifier in March and played in the Comoros Islands last month.

But Libya have withdrawn their team from the All-Africa Games qualifier this weekend, handing opponents Egypt a bye into the final tournament in Maputo in September. 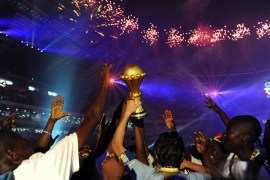 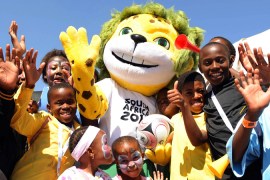