The BBC and Sky have won the UK’s live television rights to Formula One between 2012 and 2018, in a move that will see the national broadcaster air just half of a season’s races as the sport goes to UK Pay-TV for the first time.

A joint statement on Friday said Sky would show all races, qualifying and practice sessions live while the BBC would show half the races and qualifying sessions, including the British and Monaco Grands Prix and the season finale.

The BBC will have a highlights package for all of the race weekends it is not covering live, while its Radio Five channel will continue to cover every live race.

The publicly-funded broadcaster, which bought exclusive rights to the sport in 2009, is under pressure to make savings as part of a wider public service cost-cutting drive in Britain and is ending the existing deal two years early.

Barbara Slater, Director of BBC Sport, said: “We are absolutely delighted that F1 will remain on the BBC. The sport has never been more popular with TV audiences at a 10-year high and the BBC has always stated its commitment to the big national sporting moments.

“With this new deal not only have we delivered significant savings but we have also ensured that through our live and extended highlights coverage all the action continues to be available to licence fee payers.”

F1 teams, the majority of which are based in the UK, reacted with caution to the surprise news as Pay TV network Sky snapped up another sporting jewel, having transformed English soccer over recent years.

“I am sympathetic to the (fans). I understand it is difficult… but English Premier League fans have had that for a while haven’t they?,” Williams chairman Adam Parr told reporters at the Hungarian Grand Prix.

“The one thing I would say, which I have said before, I know that whether you are coming to a race or are watching the sport at home and have to do that on pay TV which seems expensive, people have to bear in mind what it costs to put on this show. It is part of the character of F1.”

The cost of buying rights to cover F1 is between $49 million and $65 million per annum, according to media reports, leading the BBC to decide to share.

Formula One supremo Bernie Ecclestone had previously said he was reluctant for TV rights to the sport to go to a UK pay-TV channel but has mellowed in his view.

“It’s super for F1. It will mean a lot more coverage for the sport,” Ecclestone told the BBC.

“There’ll be highlights as well as live coverage on two different networks now, so we get the best of both worlds.” 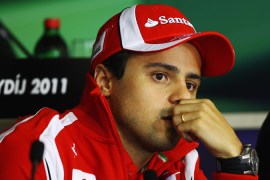 Massa does not fear Hungaroring

Ferrari driver Felipe Massa prepares to take on the circuit where he came close to losing his life two years ago. 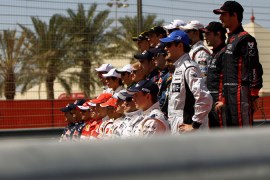 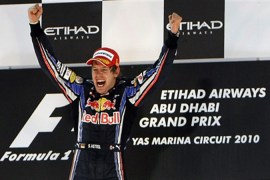