Barcelona have made their first move in the transfer market by signing Serie A player of year Alexis Sanchez from Udinese.

The Catalan giants will be an even greater attacking threat next season after their latest acquisition.

European champions Barca announced on Thursday they had reached a deal with Italian club Udinese to buy the striker for $36.9 million.

“Barcelona and Udinese have reached an agreement on the transfer of Alexis Sanchez. The deal is for five years. The cost of the transfer is 26 million euros ($36.9 million),” said the statement.

The deal could be worth a total of $54 million depending on appearances.

Sanchez, who will be the first Chilean to play for the club, will undergo a medical test, sign the contract and be presented on Monday.

Sanchez has played for Udinese since 2008 and last season was voted best player in Serie A, after scoring 12 goals in 31 games.

The player had also been linked with English sides Manchester United and Manchester City, but said last month that he wanted “Barcelona or nothing”.

And Barcelona he got.

He “has been sought by the best teams in the world. However, he has been strongly committed to playing for Barca,” the statement said.

Barca coach Pep Guardiola said this week that his priority for the upcoming season was signing a forward, with Sanchez his top target.

“He is a very young player, can play in three attacking positions, has a lot of intensity in defence, very vertical, unbalancing, and from what I’ve been told he’s a very good guy,” he told a news conference on Tuesday.

The signing is the first of the new season for Barca, where Sanchez will join the likes of Argentine star Lionel Messi and Spain’s David Villa.

Guardiola has also said he is not giving up the fight to sign midfielder Cesc Fabregas from Arsenal despite the determination by Gunners’ boss Arsene Wenger to hold on to his captain.

Barcelona starts a pre-season tour of the United States with a friendly against Manchester United in Landover, Maryland on July 30.

The Spanish league kicks off on August 21, when Barcelona will visit Malaga hoping for another season that brings more silverware to an already enviable collection. 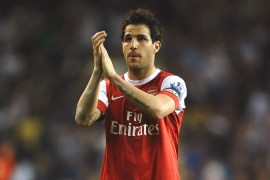 Barcelona will not give up fight for Fabregas

The Cesc Fabregas Saga is set to continue as Barcelona boss Pep Guardiola says he will fight to end of transfer window. 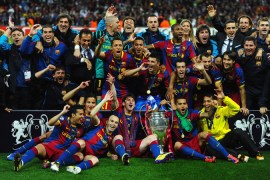 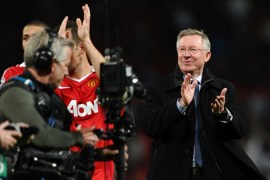 Manchester United manager tells players they have no need to fear Barcelona in the Champions League final on 28 May. 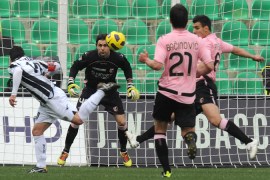