Asian football’s temporary president said that the continent’s governing body for the sport was not planning to step in and solve corruption problems.

Zhang Jilong started work at Asian Football Confederation (AFC) house this week as temporary chief after the suspension of Mohamed Bin Hammam following allegations he bribed officials to vote for him ahead of the FIFA presidential election against Sepp Blatter.

As Bin Hammam, who has denied any wrongdoing, prepares his defence for a full inquiry, which is likely to be heard next month, China, South Korea and Malaysia are battling match-fixing scandals in their domestic competitions.

Indonesia also have problems as they continue to flirt with a FIFA ban after missing deadlines to elect a new chairman as requested by the world governing body.

Chinese Zhang, who said he had not spoken to Qatari Bin Hammam since the allegations broke last month, described the problems in Asian soccer as “not healthy”.

However, he said he hoped the individual associations of the countries affected could solve their own problems.

“Corruption has really harmed a lot the development of the nations and Asian football,” Zhang said on Thursday from his temporary office in the next room along from Bin Hammam’s.

“We are very, very unfortunate that the thing (corruption) happened in China, in Chinese football.

“I think right now the government’s issue is to follow with the Chinese Football Association to solve this problem, to give a clean situation to Chinese football.

“Same thing happened in Korean football, we hope Korean football can also manage to solve their problem… the corruption is really damaging, it is really criminal for the development of football.”

Zhang, an AFC vice-president who lost a vote to win a seat on FIFA’s powerful executive committee in January, acknowledged the AFC should do something to help the embattled associations but said it was not possible at this time.

While Zhang discussed the issues affecting the regional organisation, the hum of activity through AFC house in Kuala Lumpur was the same as any other day and did not reflect the difficult times the governing body is going through.

The mood was a far cry from the smiles and optimism of two months ago when Bin Hammam laughed and joked with employees while cutting birthday cakes, before revealing his manifesto and bid to become FIFA president to a room full of media.

Since then, Bin Hammam and CONCACAF president Jack Warner have been suspended by FIFA after the bribery allegations.

The fallout has resulted in disputes and infighting in the North and Central America and Caribbean governing body.

AFC members have so far remained quiet on their feelings about what has happened to Bin Hammam, the president they voted in for a third and final four-year term in January, and Zhang said it was important they remained united.

“The Asian Football Confederation is one of the biggest continental confederations (and has) good foundations of unity and solidarity, so we need a one AFC, a one family, that is Asian football,” said Zhang.

“We hope things can be easily passed and we hope (the) AFC is still united and (can) move forward,” added the 59-year-old Chinese.

Zhang, who declined to answer questions about Bin Hammam, did not know how long he would be in his temporary role but said he planned to keep things ticking over rather than making any drastic changes despite the apparent need.

Asked what he wanted to achieve in the meantime, Zhang said: “To continue with normal procedures, enhance the friendship inside the family of the Asian Football Confederation, promote Asian football and maintain the stability, which is the main objective of mine in this position at this moment”. 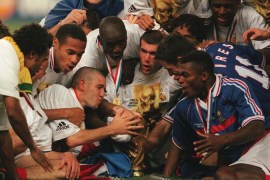 ‘They knew it was not possible’ 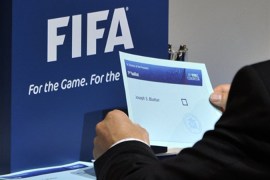 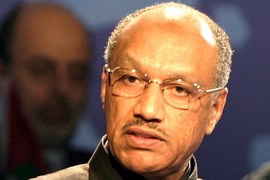